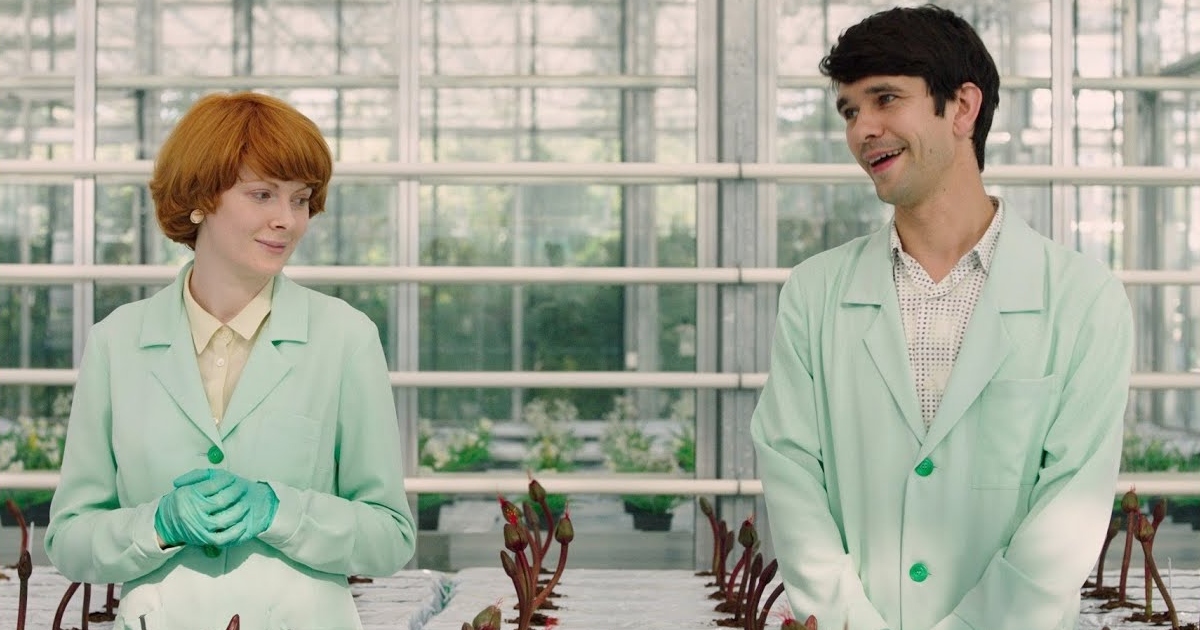 With all this talk of the “best” films of the decade, the name Jessica Hausner has become almost synonymous with any list made by anyone with any serious interest in film. Despite making only two films this decade, Hausner’s work has become some of cinema’s most exciting and thought-provoking, with her 2014 film Amour Fou remaining one of the decade’s strongest and most provocative works.

Now, with her first English-language effort, Hausner makes her triumphant return with a film that debuted to rapturous responses at the 2019 Cannes Film Festival. And thankfully, it more than lives up to the hype.

Little Joe introduces viewers to Alice (played by the brilliant Emily Beecham), a single mother with more than your typical “green thumb.” A leader in her field, Alice is a sort of floral engineer who, along with partner Chris (Ben Wishaw), has produced a flower that’s at once incredibly beautiful as well as having the potential to treat anyone around it therapeutically. The pair work for a conglomerate known as Plantworks, a company attempting to introduce new plants with the hopes of showing them at a forthcoming conference where grants are disbursed and contracts for things like school boards are earned, and this plant has all the makings of something truly groundbreaking.

Taking place between the office and Alice’s home, Hausner’s style is that of a more muted vein of science-fiction, finding beauty not only in the crimson red hue of the new, sterile flower but in the very literal sterilization of the world it was born into. Every set within the film is strangely spotless and terrifyingly modern, with sleek lines and blinding whites giving off an energy that’s both oddly muted and yet entirely engrossing. Very much an existential thriller, this set and production design is as detached as Hausner’s muted camera work, taking cues from the lead character and embracing her unshakable coolness.

Things take a turn for the worse when, without much of a thought, Alice takes home one of the flowers for her son Joe, in turn giving it the titular nickname. A flower in need of genuine coddling to grow properly, if one keeps it at a proper temperature and whispers what amount to sweet nothings in its proverbial ear (seriously), the flower blooms into a beautiful creation that in turn gives those around it something of a mean streak, with the person saying exactly what is on their mind without much compassion for those around them.

At its core a film about man and our inability to express our feelings, this Body Snatchers-type thriller may lack the expressive panache of your typical science-fiction horror film, but that doesn’t mean it isn’t brooding. More closely related to films like those of Kubrick or more recently Denis Villeneuve, there’s a haunting atmosphere of dread shrouded over each sequence, particularly as the flower begins to interact with more and more people. Honing in on the very real terror of never knowing what a person actually thinks or feels, Little Joe is a frigid and deeply unsettling existential nightmare that takes cues from a superb performance by Beecham and embraces this unease at every turn.

Every interaction feels real and strangely relatable given the science-fiction nature of the film, with each person subjected to the strange flower taking on qualities therein. It may seem like a bizarre, antiseptically flat picture, but under the surface this terrifying thriller of human self-preservation is one of the true gems of 2019.