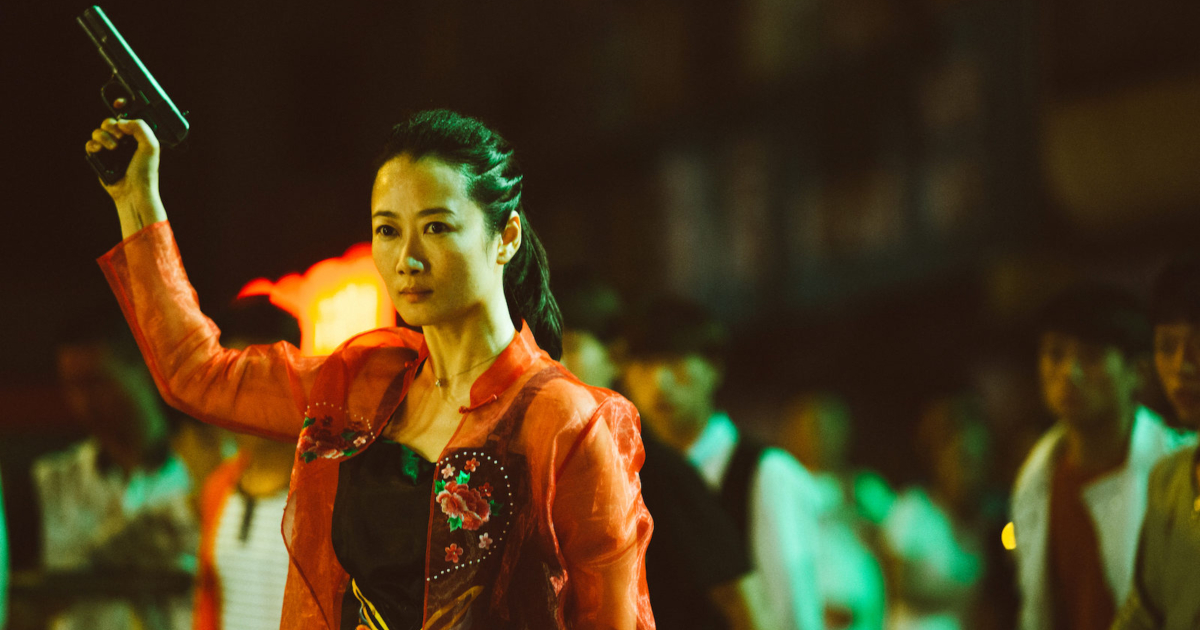 With the Oscars fully in our rearview mirrors, calling something “awards-worthy” or “surefire Oscar nominee” seems incredibly silly, particularly when considering a foreign language effort. However, there are few films like Ash Is Purest White and even fewer on-screen performers like Zhao Tao.

The longtime muse for filmmaker Jia Zhangke, the pair once again team up for this epic melodrama, finally in theaters via Cohen Media. Tao gives a truly transcendent performance as Qiao, a woman caught in a relationship with local ne’er-du-well and criminal hot shot Bin (Liao Fan, in an also quite special turn) who runs a crew in Shanxi. Constantly looking over his back, Bin ultimately falls victim to an ambush from a rival gang, culminating in one of the most thrilling and sudden bursts of violence in the entirety of Zhangke’s filmography. Tao’s Qiao takes control of the situation with a single choice that forever changes the trajectory of her life and her relationship with Bin, a choice that sends the film into directions that are never telegraphed or out of keeping with the rest of the picture.

It’s often hard to quantify what truly makes a “special” performance. Sometimes it’s just making an impression in a small, supporting role, other times a performer is tasked with carrying more or less every scene. However, with Tao, the level of skill behind this performance impossible to ignore. Clocking in at roughly 150 minutes, Ash is a time-spanning epic resting squarely on her shoulders, and it proves to be a brilliant decision. Each choice Tao makes feels right and of a piece, and over the film’s epic narrative (it spans roughly 16 years) the evolution of her character feels incredibly nuanced and driven by genuine human decisions given thought and born out of a level of interiority you simply do not see on the big screen. The central action set piece, or at least the one that sets the film’s narrative truly off, is set off by a very specific choice by our lead character, and she sells it with a sincerity and physicality that’s above reproach. Physicality is incredibly important in this type of character, given her decade-plus evolution, and each beat is steeped in a tactile naturalism unlike anything seen, really, since something like Ethan Hawke in First Reformed.

That all being said, to ignore the work done by director Zhangke would be a true folly. Best known here in the states for his recent run of films like A Touch Of Sin and the incredibly ambitious Mountains May Depart, Zhangke has become one of the world’s most well-regarded auteurs, and this is yet another notch on his championship belt. Closer in scale and tone to the latter film, Ash sees Zhangke at the very height of his powers, telling this tale of love, obsession, violence and loss with both a scale fitting of the large runtime and yet an economy that gives urgency to each and every set piece. Structured more spatially rigorous than Mountains, the film is circular in many ways, with Zhangke focusing more on the ever-evolving power dynamics between the two lovers.

The most formally exciting setpiece is, of course, the expertly shot and choreographed street-set fight scene. A run-in with a rival gang, Bin is ambushed more or less out of nowhere, and what follows is a sequence that’s equal parts unflinchingly brutal and captivatingly gorgeous in its composition. The choice made by Qiao to grab a gun and enter the fray sets the film off on its epic narrative trajectory, and there’s a focus on the physicality of everyone in the sequence that makes the setpiece feel tactile and vital in a way few action beats ever do. Following this act of violence, the film becomes a tragicomic epic that sees Zhangke perfectly balance tones on each end of that spectrum, all while never losing sight of his characters or the spaces they inhabit. We watch as the freshly-released from prison Qiao begins to hunt for the man she once took a life-changing gun possession charge for and is encounter by a man beaten down by time and guilt.

It’s an intensely emotional change of pace from the more or less genre-tinged opening of the picture, and while Tao is at her very best balancing both ends of that tragicomic spectrum, the tonal modulation in the filmmaking by Zhangke is absolutely astounding. He’s not only able to balance intense personal drama with dry, bleak humor, but do so without ever losing sight of the film’s broader themes, to a degree that makes one think this is a crowning achievement for a director’s whose filmography is chock-a-block with masterpieces. It’s a quieter film than one would expect given the underworld setting, but the pace is quietly lyrical, playing much more like a melodrama than a typical film noir or gangster picture. Zhangke, instead of focusing on the cliche-ridden genre trappings of the crime world he sets his film in, leans into the central relationship, using each frame the way a poet does each stanza. Come the final, New Years-set finale, the film hits true transcendence. Ash is an epic more than worthy of every second, every frame.