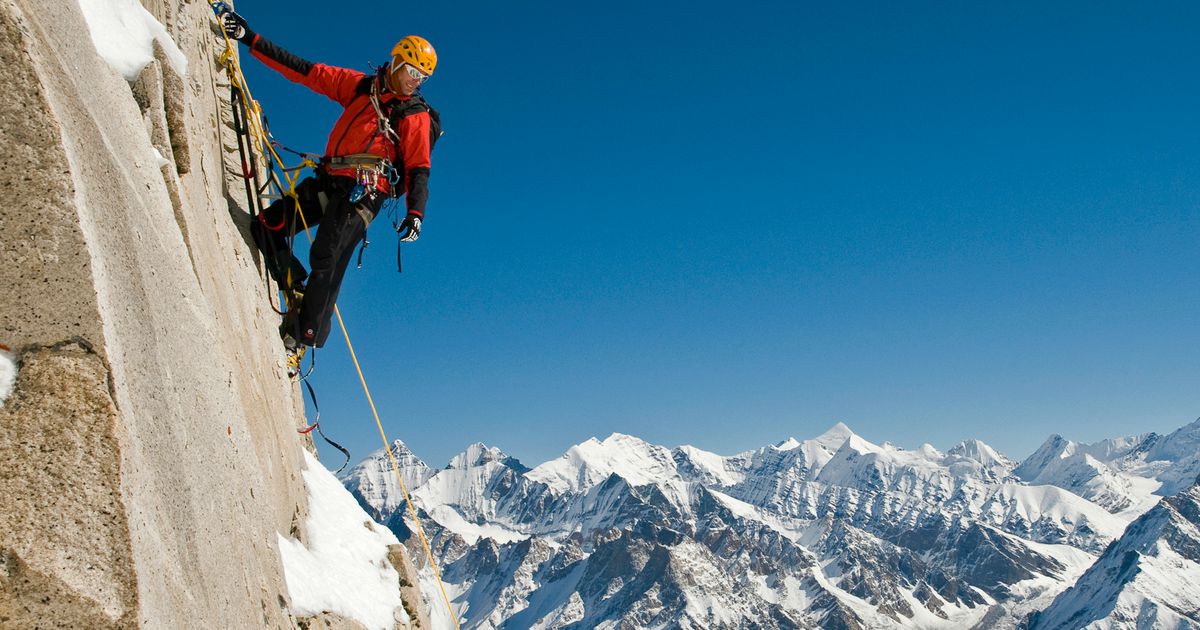 “Pulse-pounding” is an adjective that’s too often used in cases where it is less than just. Any action film with a pace above what would otherwise be called “jaunty” will see this descriptor attached via some less than verbose critics and every thriller under the sun has seen the “heart racing” moniker on its home video release back cover. However, every so often, a film comes along that gets hearts racing like a bat out of hell.

One such film hits theaters this Friday, and comes to us from Music Box Films and directors Jimmy Chin and E. Chai Vasarhelyi. Entitled Meru, this new documentary brings us to one of the most dangerous places in the world. The Shark’s Fin on Mount Meru, in Northern India, is one of the big prizes in the dangerous world of big-wall climbing. Seemingly laughing in the faces of all who attempt to climb her majestic peaks, Mount Meru is one of the world’s most perversely alluring landmarks for thrill seekers across the globe. Meru tells the story of Conrad Anker, Renan Ozturk and Chin himself, introducing us to them and their planned seven day expedition in October 2008. Ultimately turning into a nearly three week long descent into the most dangerous landscape one could imagine, with them making it within 100 meters of the summit, before having to call it quits with temperatures hitting well below zero and food disappearing.

That wouldn’t be the end of the story, however. In September of 2011, Anker finally cracked his two longtime friends and it would see them try one more time to finish what they started a handful of years prior. A film inherently about the defeat of personal demons and the strength (and in many ways hubris) of the human spirit, Meru is a beautiful and truly thrilling look at one of the world’s most beautiful, and deadly, places.

Structurally, the film isn’t breaking much ground. Ostensibly your run of the mill talking head documentary, the film pairs these relatively standard interview segments with some truly breathtaking source footage shot on these respective expeditions. These interview segments are touching and really help set the stage and stakes for what will proceed. Anker is ostensibly the film’s lead and central focus, and it is his story that carries the emotional weight for the viewer going forward. Looking square in the face of people who find these thrills necessary and seek them throughout the world.

However, it’s the source footage that is revelatory. Low-fi and utterly enthralling, the footage of the crew on the mountain is stark, startlingly intense and even more so just genuinely breath-stealing. These mountains are truly stunning. Every sequence as a brisk crispness to it, and the setting very much helps that come across. With the sun beaming off the snowcaps, each frame of these sequences is beautifully lit, flush with vitality and in many instances deeply harrowing. And when that final act comes, the film is a triumphant, if bittersweet, ode to the human spirit that is elevated thanks to these thrilling set pieces.

Overall the husband and wife team of Jimmy Chin and Elizabeth Chai Vasarhelyi have made a beautiful and thrilling debut on the documentary scene. The type of knuckle clenching thriller that is far too rare on the documentary landscape,  Meru is a film that should definitely be seen on the biggest screen one can find it on.