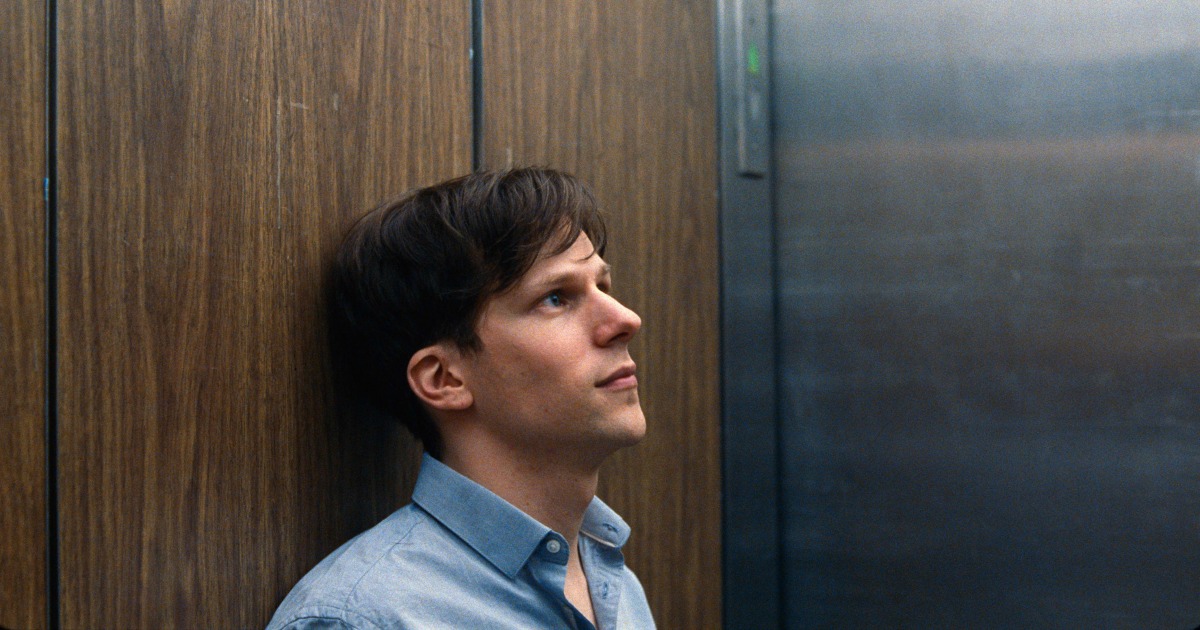 This is Isabelle Huppert’s world, we all just happen to have the glorious honor of living in it.

After starring in the beautiful and moving Valley Of Love which finally hit theaters a handful of weeks ago, screens across the country are once again blessed with her beauty and talent thanks to the newest, and arguably greatest, film from director Joachim Trier. Best known for his critically beloved debut Reprise and his Cannes darling Oslo, August 31st, Trier is back with his first English-language picture, the understated and seemingly misunderstood (just look at the absurd and off base Rotten Tomatoes score) Louder Than Bombs.

Huppert takes on the role of photographer Isabelle Reed who we see through flashbacks, as her family is still reeling from her death in a tragic car accident two years prior. The film actually opens with the starting of a new life, as we see her eldest son, Jonah (Jesse Eisenberg) and his wife in a hospital with a new child in their arms. He himself is struggling with being a new parent, and his younger brother is struggling with his lot in life, as Conrad (played by the startlingly great Devin Druid) is beginning to feel more and more alienated both at home and at school. Finally there is the patriarch, Gene (Gabriel Byrne) who is both trying to understand the sons he seems to have never “gotten” as well as starting a new relationship. With a retrospective of their wife and mother’s work bringing them all under the same roof, Trier dissects these familial bonds for one of the still-young year’s most affecting and assured melodramas.

While melodrama itself has been seen as heightened emotions played out via heightened actions with heightened aesthetics in a heightened reality, Trier plays his melodrama as though he’s a trumpet player using a mute. Digging into deep emotional truths, Trier is able to do so through intimate direction, quiet interactions and washed out photography. The performances here are particularly entrancing. Huppert smolders when she’s on screen, seen through brief but deeply telling flashback sequences. Byrne is a joy to see back on screen and elevates a role that could have fallen into the realm of maudlin, the same realm that Eisenberg and Druid could have played into and yet both deliver award-worthy work. Eisenberg is a far cry from his good, yet decidedly twitchy turn in Batman v. Superman: Dawn of Justice, and Druid is an absolute star delivering a performance that is nuanced and lived in. The actions here may seem elevated (like a father confronting a son about a seemingly innocuous thing only to see the son wrap a bag around his head), but there is a distinct sense of truth to each moment that makes the film deeply emotional and engaging.

Trier is also at the top of his game here. Jakob Ihre is tasked with the photography here, and proves to be one of the film’s biggest takeaways. Continuing his work with Trier, Ihre takes a step forward here, using a muted palette of grays and blues to both engage the viewer aesthetically and also get at the root of the film’s mood and set a distinct atmosphere. Also the photographer behind The End of the Tour what that picture did with depth of field Louder Than Bombs does with color palette, drawing its mood and atmosphere from the cinematography. Trier’s camera is assured, knowing when to push itself in close to one of our characters and knowing when to burst into a bit of surrealism like a startling montage sequence that is one of the truly great portrayals of a single person’s thought process and mental state. It’s not only a beautiful moment, but it is a perfect example of the type of humanity Trier gives each of these characters, even when they are doing less than great things. There’s no judgement on Trier’s end, and this even handed nature allows for the film to wash over the viewer in a way rarely seen. With a rather troubling secret at the core of the film, this is a film about three people and the grief that they still don’t know how to deal with. He’s dealing with big, grand emotions with this film, and he does so with subtlety and sensitivity, something that’s far too rare in today’s cinemas.