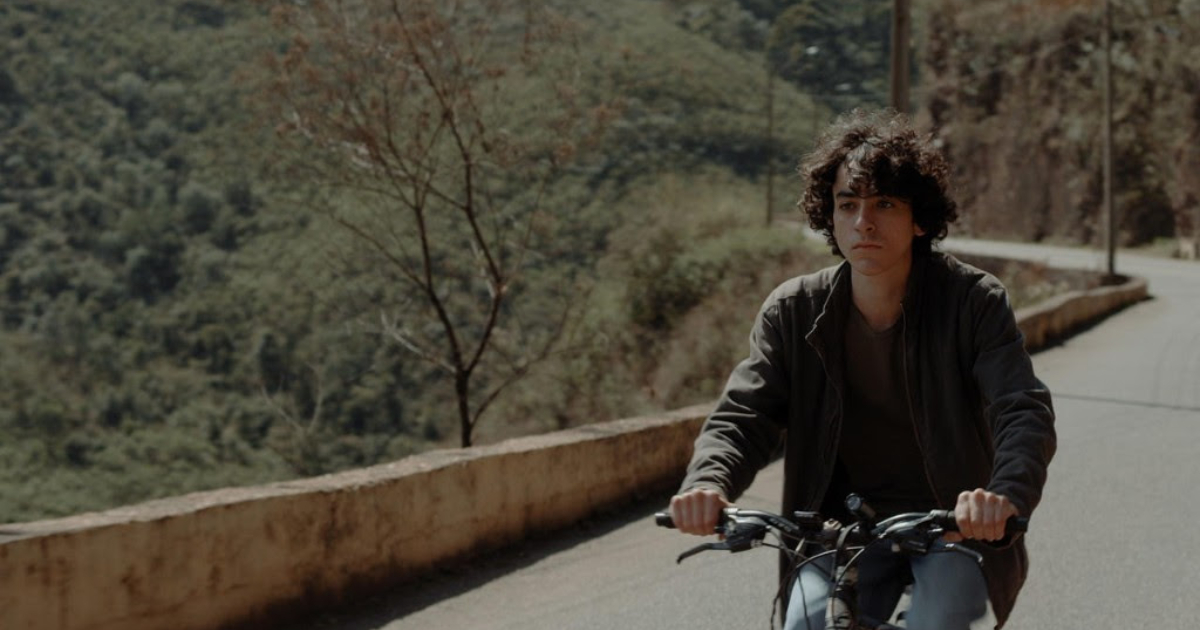 Every now and then, a film comes along and subverts the ever growing sense that one has “seen it all” when it comes to cinematic storytelling. Now well over a hundred years into the medium, if one hits the cinema with any regularity, a sense of monotony can linger, evolving into full blown malaise if something groundbreaking doesn’t come across one’s queue.

If that sense of ever increasing distaste for the modern state of filmmaking is in need of a good dismissal, hopefully Araby will be near the top of your must-see list.

From directors Joao Dumans and Affonso Ochoa, Araby is a deceptively simple picture, a film that plays with storytelling in a manner that may come off as a gimmick based on any plot synopsis, but in execution is an exciting and captivating breaking of the form.

The film introduces viewers to Andre, a teen working a gig at a local factory in Minas Gerais, Brazil. Following an accident to co-worker Cristiano, the young man is tasked with picking up some of Cristiano’s personal belongings (clothes, any essentials the man needs), only to discover an item that completely changes the film. Discovering a notebook filled to the brim with diary entries from Cristiano, Andre begins reading the writings, ultimately leading the film to truly begin a number of minutes into its meandering 98 minute run time.

Meandering, in this context, is the highest possible compliment. Following this reboot of sorts, Araby begins following Cristiano as he crosses the Brazilian landscape looking for a job, or mainly just a place to really call home, shifting into a lengthy flashback that makes up the back three-quarters of the picture. Watching as he traverses the gorgeously shot locales, Araby takes a simple but delightfully fresh approach to the road trip picture, giving the viewer a second hand-style account of a life lived that feels like a loved one describing a dream they had ages ago.

This dream-like quality is made manifest through the film’s sense of style. Told through a series of lyrically paced, static shots, Araby is composed with a looseness of atmosphere that plays wonderfully with a relatively rigid directorial hand. The photography is rich and intimate, with each frame being given the proper amount of time to breathe, thrusting the viewer squarely into the mindset of a man searching for a spot to call his own in this world. It’s a film with a deep running sense of humanism, fueled by seemingly minor moments and gestures that become absolutely captivating through the naturalistic direction and thrilling performances. It meanders, driven by moments that, to most people, would feel like the stuff most stories turn into ellipses. Not here, where every moment matters, from one’s interaction with a coworker, to the way one sings as a manner of raw freedom.

Araby also owes a great deal to its two ostensible lead performers. We don’t see a great deal of Murilo Caliari’s Andre, but what we do see is that of a quiet and assured performer. The real star here is Aristides de Sousa, in the role of Cristiano. The film rests squarely on his shoulders, particularly due to its loose nature, and his performance is perfectly fitting for this type of anti-drama. Mannered but not without its moments of liveliness, there’s a freedom to each scene that’s as palpable as it is moving, with de Sousa shining specifically in the numerous moments where music plays a key role. Music is a major player within this film, being used as not only an added bit of low-key energy thrust into a scene, but also as a much larger vessel for communication between people. This is a film, after all, about searching for one’s place in the world, and these moments of musical release are the film’s most moving moments in that they are where connections are made.

Likely going to be overshadowed this summer film season, Araby is a superlative bit of counter-programming for any adventurous film goer looking to step out of the world of caped crusaders and into something far smaller and much more human.