In the age of Facebook, Twitter, Tinder and Grinder, the world of modern romance and relationships have forever changed. With anyone and everyone now having the ability to, at the first stage of a relationship, be whoever the hell they want to be as long as their profile or main page fits the bill, relationships and dating in the modern world has forever changed. And in turn, some horror films have taken it upon themselves to show us what could happen if this trend took a dark and sadistic turn.

The latest entry in this type of thriller is a small picture released this weekend from the crew at IFC Midnight entitled Cam2Cam. Taking its name from the film’s central website, the website from which this film’s narrative thrust is obtained, the latest film from director Joel Soisson launches us directly into the seedy world where relationships start off as nothing more than a random webcam video and instant message conversation. Set in Bangkok, five tourists have gone missing following their entry onto the website. After a lengthy introduction showing us what happens when this type of thing goes south, we meet our lead, Allie Westbrook (Tammin Sursok). There she meets a crew of fellow tourists who have made their home in a housing block. However, as the film moves forward we discover more things about Allie’s relationship with the woman we see in the opening sequences, and also the group’s relationship to the strange disappearances that have taken the city by storm.

With a script from writers Marie Guatier and Davy Sihali, the film starts off rather intriguingly. With the feel of a Brian De Palma picture and the look of your standard low-budget slasher film, Soisson’s new film opens rather well. Erotically charged and not afraid of slowly building tension, the opening “act” is arguably the film’s strongest point. Perfectly paced and featuring some fun performances, the opening sequence is tense and lushly shot, all throwing a cloud of impending doom over the proceedings.

However, the film goes south as soon as the real narrative starts. Overall a solid piece of work, the following 80 minutes feel limp compared the the opening block, bogged down by clunky dialogue and a narrative that isn’t afraid of your standard slasher cliches. The performances from our leads, led by Sursok, are servicable, particularly she and co-star Sarah Bonrepaux. Both have fantastic chemistry together, and Bonrepaux really shines here as a woman that oozes never ending charisma and sexuality. It’s a fantastic and engaging performance, and the film really comes to life when she walks on the screen, and the moments she’s off screen scream for that sense of life and vitality she gives the film.

Soisson as a director saves much of this film. His work behind the camera is superb, and while it is relatively muted and subdued, there is definitely a hand at work, and one that has a deft assurance when trying to build atmosphere and ultimately tension. Not a groundbreaking piece of cinema, Soisson’s work here is as rooted in the tropes of the genre as the narrative is, and yet it works on the most base and relatively superficial levels. A few solid jump scares thrown in for good effect, so the pacing here may be a tad off and a tad slow, but it’s ultimately an enjoyable ride that spins out of the gates like a bat out of hell, but ultimately fizzles into something resembling your average, run of the mill low budget indie horror film. That said, this is certainly worth a rental if lost in the land of VOD one dark and stormy night. 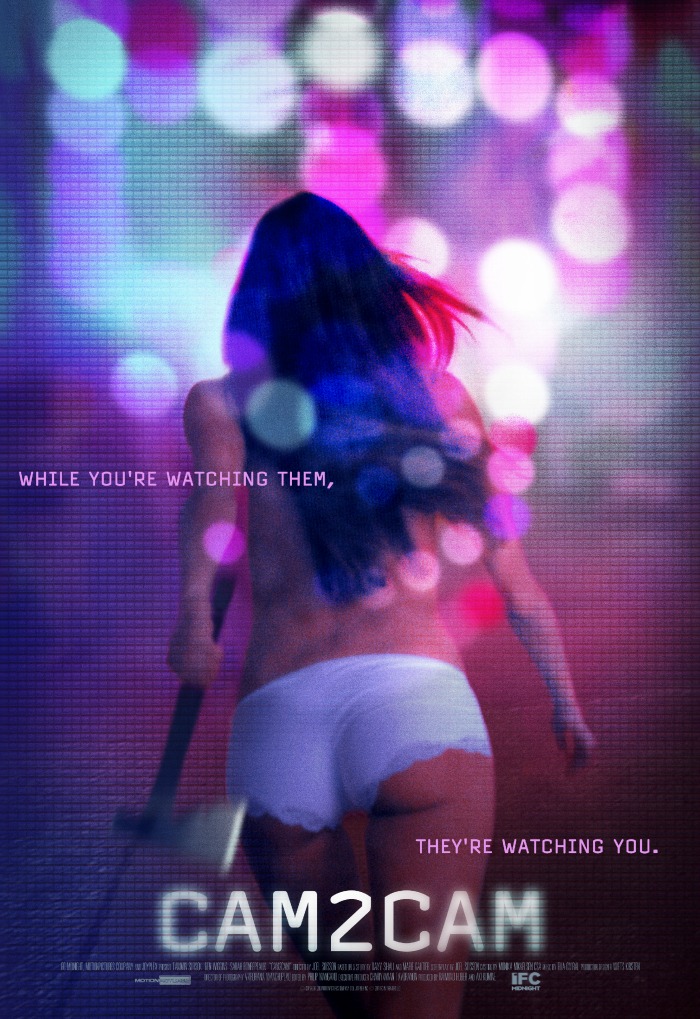