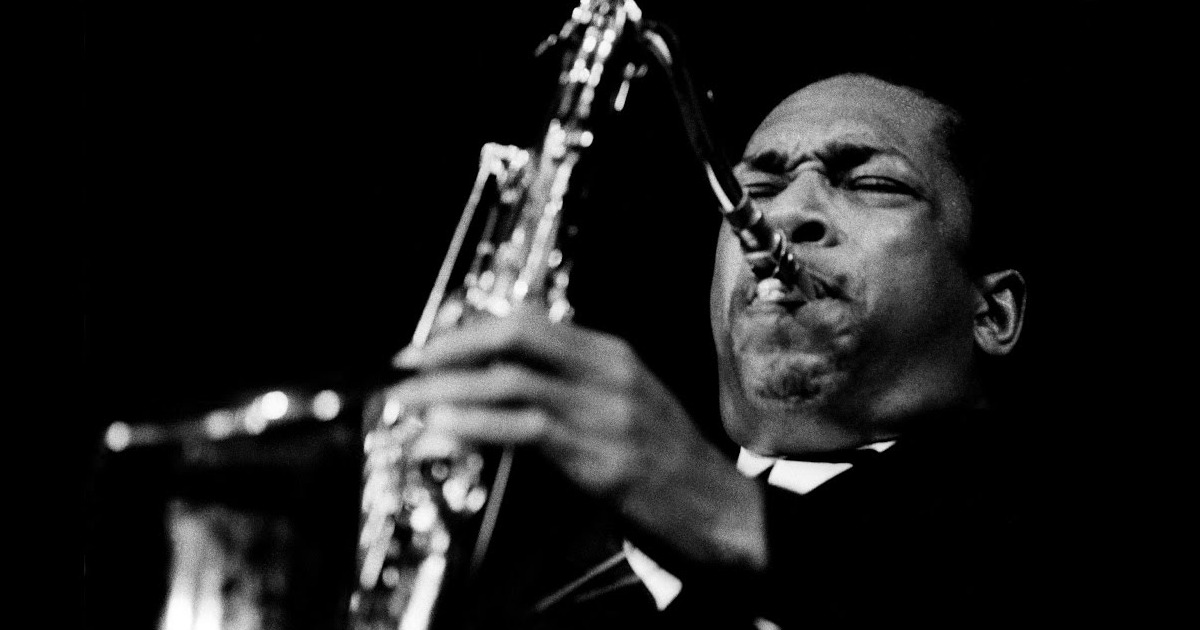 Miles Davis. Dizzy Gillespie. Thelonius Monk. All these names, to jazz “heads,” aren’t just the leading contenders for the genre’s Mount Rushmore. They also happen to be just a few of the names most closely associated with the work of one of jazz’s greatest saxophonists, John Coltrane. An artist who would go on to be as defining a voice in jazz music as the genre, or music in general, has ever seen, Coltrane is also an artist less well known than Davis and less mythologized than someone like Monk. However, he’s the subject of a new, first of its kind, documentary that attempts to at once shine a light on his life off the stage while re-contextualizing his work on it.

Entitled Chasing Trane, director John Scheinfeld introduces us not just to John Coltrane the legendary jazz icon, but also the man behind the myths and the legends. With the full support of the Coltrane estate and the voice of one Denzel Washington as Coltrane himself, Trane is a loving and deeply moving meditation on an artist of the highest order. Eyeing the socio-political moments in which he lived as well, Scheinfeld’s film contextualizes Coltrane’s work within the time in which he worked, opposite those he is still influencing today.

Whereas most biographical documents such as this become almost lurid in their applied self-importance, never once getting through to the audience with regards to just how important or unique the subject is, Chasing Trane is an effervescent feature. Pairing never-before-seen Coltrane home movies with enthralling interviews with Coltrane contemporaries like Sonny Rollins and current jazz stars like Kamasi Washington, Trane breaths in a way few biographical documentaries do. There are those who were directly inspired by him like Carlos Santana, along with names like President Bill Clinton and the thinker Dr. Cornel West, who themselves admired the man for far different, more sociological reasons. The home videos are on their own quite interesting, adding a vitality and an intimacy to the proceedings, but it is this breadth of reach, this eye towards canonizing his artistry and contextualizing his impact that makes this a truly delightful piece of work.

The structure of the film is relatively classic. Rarely breaking from norms narratively or aesthetically, the film’s power comes in its atmosphere and conceit. The photography is fine here, but it’s hard to quantify this film (as is the case with many of these types of documentaries) on an aesthetic level. Consisting mainly of archival footage and talking head segments, Washington’s narration is a welcome addition here as hearing Coltrane’s own words is quite exciting. However, the man had such a massive career and an even larger life, that for a film like this to not only be so aesthetically mannered but also a paltry 100 minutes is rather troubling.

Despite a lack of stylistic panache, Chasing Trane is an utterly engrossing documentary. Classical though it may be, the latest film from director John Scheinfeld is one of deep love for its subject, and also deep understanding for what that subject meant on a scale larger than their art. Driven by a wide variety of interviews, Trane is a love letter to a jazz heavyweight, and one of music’s most influential craftsmen.