It should go without saying that amongst modern American independent filmmakers, at least of this generation, there hasn’t been a bigger influence than one Terrence Malick. Just look at one of last year’s most talked about indies, Ain’t Them Bodies Saints, and you have perfect proof of just what type of impact the lyrical and often intensely spiritual filmmaking style of Malick has had on the minds of those growing up in a world with him as an auteur.

However, sometimes, these films truly miss the point.

Enter the gorgeous, but ultimately lifeless, Thou Was Mild And Lovely, the new film from director Josephine Decker. This erotic thriller (heavy on the former and don’t expect much of the latter) tells the story of Akin (Joe Swanberg), a home body arriving to a Kentucky farm that has agreed to hire him as help for the summer. Deciding to stash his wedding ring in his car for the duration of his trip, he falls for the daughter of the farmer who has hired him, Sarah (Sophie Traub), only to find both of them ultimately hounded routinely by the aforementioned farmer, Jeremiah (Robert Longstreet). However, all of this sexual tension boils over when Akin’s wife arrives on the farm, throwing everything into even more disarray, and ultimately violence.

From the opening sequence, marked by a woman running around a farm chasing her father with a headless chicken backed by an omniscient narrator (presumably that woman) waxing romantic about a lover she had, one is either in for the journey, or rolling their eyes directly into the back of their head. Aesthetically, the film is above reproach. Decker’s camera is ever moving, like a fly never able to find a wall to stand still on, evoking much of the twirling camera that Malick has made so polarizing amongst cinephiles and critics. Attempting to add a lyrical and poetic style to the proceedings, the film employs a relatively free-form style and structure, ultimately trying to be more of a sensory experience than anything relatively narrative or remotely rewarding.

And on many of those accounts, the film succeeds. The photography here is crisp and yet doesn’t shy away from the roughness and dirtiness of the farm and, in many ways, this situation the characters get themselves in, and the looseness gives the viewer a chance to jump into the story on a different wavelength. However, that never truly gets rewarded. The performances here are base level caricatures at best, with nuance saved for the hamfisted and in many ways pretentious voice over narration, particularly Swanberg who is usually right at home in these types of films. More an example of someone given little to do in a film wanting to ask a lot of them but not quite knowing how, Swanberg and Traub are ice cold here, their chemistry, the film’s major point of focus, being frigid at the very best. Longstreet is almost unwatchable as the film’s thematic sledgehammer being perfectly at home in spouting outright many of the picture’s main ideas.

Ultimately a piece of sensory filmmaking mining the same sense of style as the one Malick has made legendary, sans the auteur’s upfront and forthright sense of spirituality, the film ultimately lays flat on the screen. And in many ways, that, for this type of experimental picture, is the greatest of all possible sins. 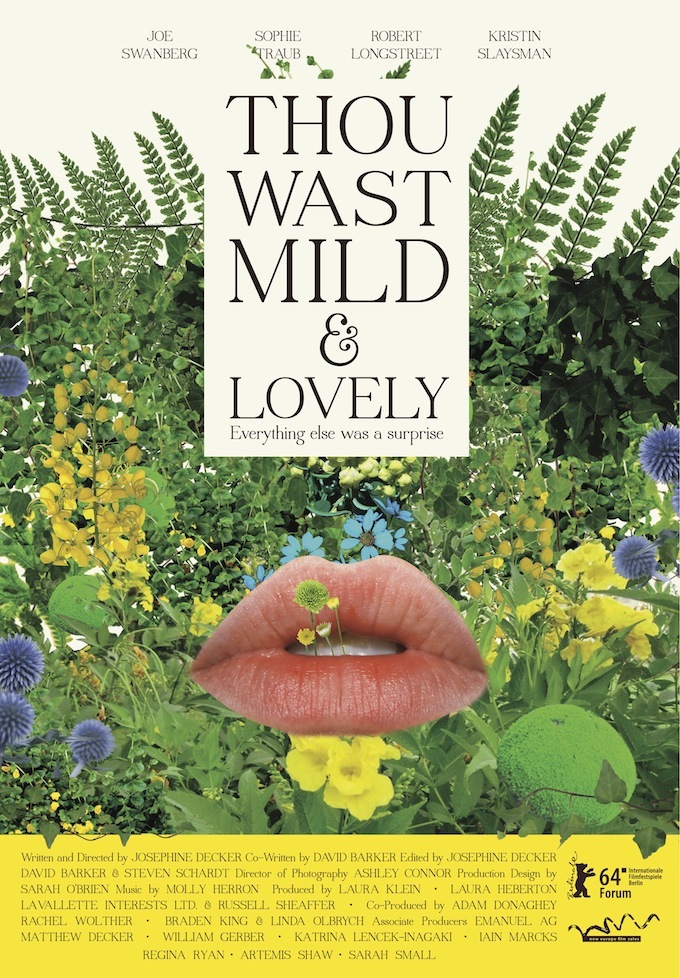