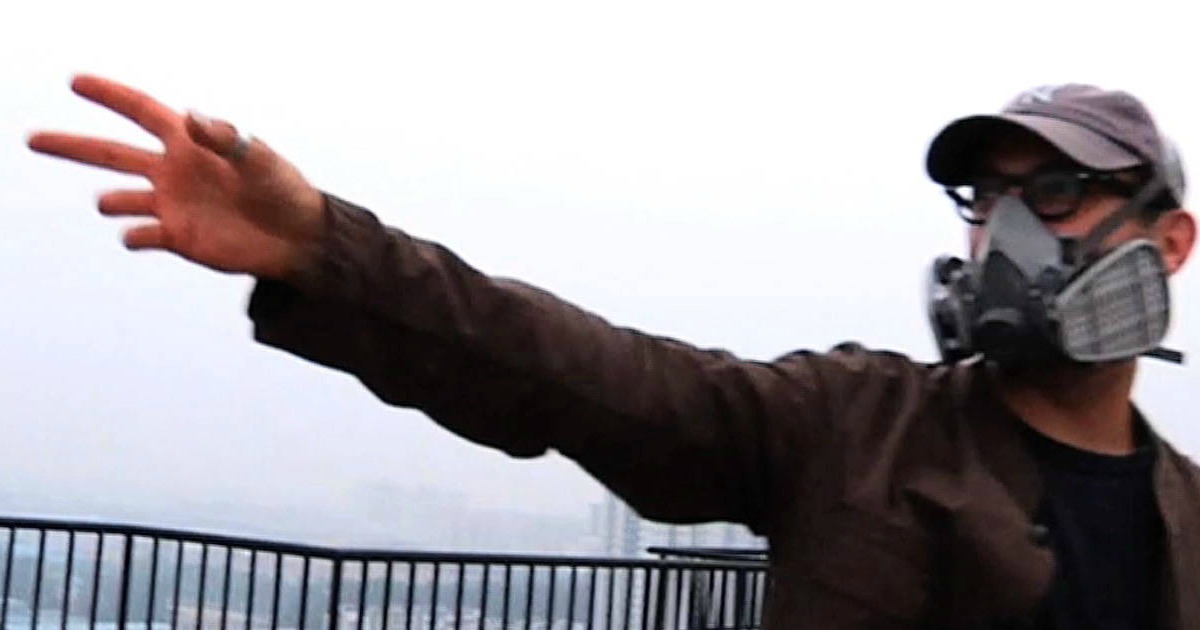 There are few filmmakers who epitomize the idea of the democratization of cinema in the digital age more than one Josh Fox. Launching himself into the spotlight with his now rather definitive and highly influential GasLand, Fox has become both a spokesperson for the environmentalist movement as well as a poster child for the current state of DIY issue documentaries. Despite seemingly giving the film world diminishing features with the less than stellar GasLand Part II and numerous short films, Fox is back with what may be one of his most polarizing features to date, the uneven but infuriatingly moving How To Let Go Of The World.

The film’s parenthetical title hints clearly at what the tone Fox is going for here truly is. And Love All The Things Climate Can’t Change paints this new documentary as what it is, a film that is both decidedly alarmist and yet unmistakably optimistic. Fox’s latest film played to great buzz at this year’s Sundance Film Festival, and it’s clear as to why this is without a doubt one of the most engaging documentaries of the year. Beginning with the image of Fox dancing to The Beatles after hearing news of a victory in a battle between he and his grassroots supporters and Big Gas over the Delaware River Basin, only to almost instantly turn sour as he discovers that insects have begun destroying trees in his area due to the lack of frost. Opening his eyes to the real extent of the effects of climate change, Fox proceeds by talking to numerous experts in the world of climate change as well as visiting places like post-Hurricane Sandy New York only to discover that not only is the damage regarding climate change all but done already, but it’s only going to get worse with almost little to nothing any regular person can do.

That almost is where the film’s second and third act come in. While the first 30-40 minutes are disturbingly bleak, the opposite can be said for the second 100 or so minutes. The film shifts when Fox states that he himself is nearly ready to just give up any and all hope for change, only to have him decide that he must seek out people who have faced this same despair and broken free of its shackles. He does so by visiting places ranging from groups seeking solar power in poor nations to a group of Pacific Islanders protesting coal usage by trying to blockade a harbor with canoes. These are the grassroots movements that not only spawned a filmmaker like Fox (GasLand is one of this generation’s definitive protest pieces) but give regular people hope that even the smallest of gestures may make some sort of ripple effect.

The film truly elevates to great heights when Fox goes to China, investigating the smog levels that have led to civilians relying on smartphones apps to tell them if they can go out into the world without having to worry about ostensibly ingesting poison. While this segment, which more or less concludes the picture, takes a turn that is at once infuriatingly self important (Fox is flagged by the government and then followed) and yet decidedly poignant with regards to the overall control the government inflicts when facing what they consider dangerous subversives. The segment as a whole is easily the film’s most arresting aesthetically, and the central narrative involving a young girl who has become part of a small protest movement through a photograph, and finds Fox at his most assured and vital.

However, the film is admittedly all over the place. Besides being structurally split into two parts, the film doesn’t do itself any favors by going to the extents it does to show how dire the situation with regards to climate change truly is. Should these facts be discussed? Absolutely, however, when the proceeding hour-plus does very little to prove the impact of grassroots movements on those with the power to make real change, it just leaves a sour, impossibly bleak taste in one’s mouth. Single stories here are enlightening, and the optimism felt by each person Fox speaks to really elevates the material here, but clocking in at 127 minutes, the film is both too long and feels almost like a stream of conscience picture following Fox as does his best to find even the smallest glimmer of hope in what, at least based on the first 40 minutes here, is an impossibly uphill battle with everything from oppressive Chinese governments to Western capitalism and its repulsive relationship with Big Oil.