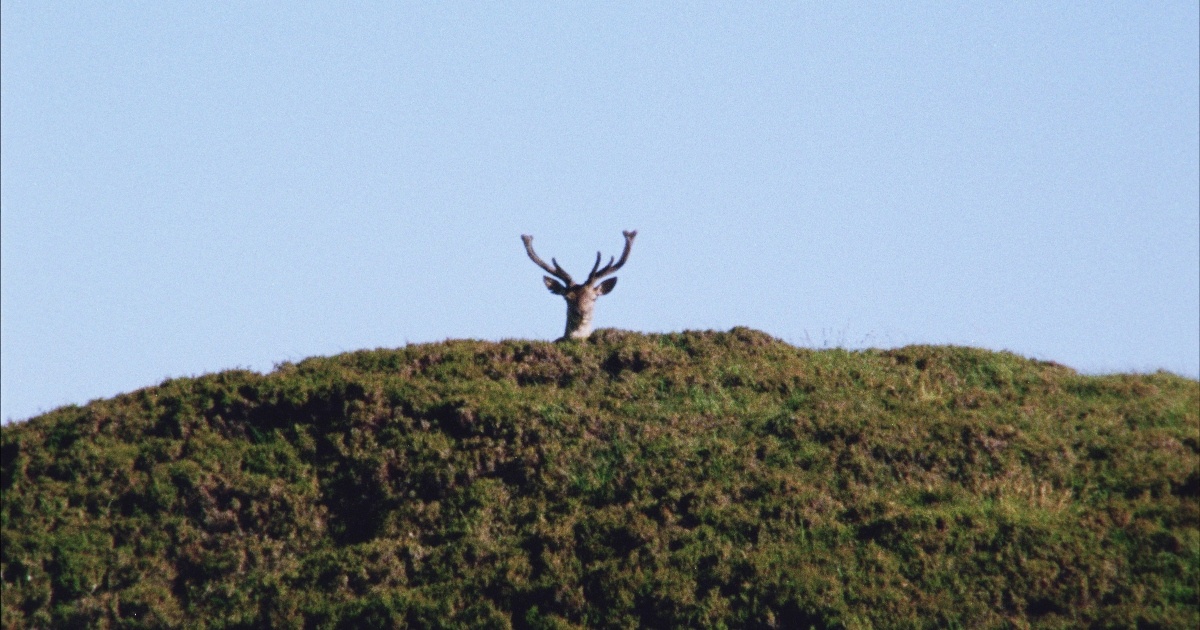 Over the last 15 years or so, the ethnographic documentary has become about as en vogue within the world of non-fiction filmmaking as any other mode of storytelling. Becoming the grounds for the most exciting examples of the *actual* democratization of documentary in the digital age (your average hack Netflix issue documentary being the polar opposite on the quality spectrum). And one of the more entrancing, if underrated, examples of this is the ground-shattering El Mar La Mar.

Arriving in theaters in 2017, El Mar La Mar came from the directing duo of J.P. Sniadecki (of The Iron Ministry fame) and Joshua Bonnetta. Now, making his solo feature debut is Bonnetta with the equally ethereal and surreal The Two Sights.

As the title hints at, the film finds its narrative in the idea of “second sight,” introducing viewers to various people living in the Outer Hebrides in Scotland and their experiences having seen into the future. However, Bonnetta’s film is less interested in anything remotely specific about these experiences, rarely even putting people on screen for all that long. Instead, backed by gorgeous 16mm photography, Bonnetta takes this film in a route that leans more into the dream-like nature of the alleged act than anything resembling a matter-of-fact recounting.

A film of dreams, whispered in both English and Gaelic, The Two Sights turns its recollections of hallucinatory future visions into a hazy, impressionistic experiment in sound and photography. Turning things like sudden phone calls into the opening chords of a disembodied symphony of disembodied sounds and voices, Bonnetta embraces the impressionistic, supernatural nature of “second sight.”

The film, to its credit, also doesn’t get bogged down in the “truth” of these claims. Instead, it embraces the strange, surreal experiences and turns them into something almost Lynchian. Not in anything visually, but what has the makings of a dry, almost sterile exploration of a fringe idea instead finds its filmmaker taking a spin that’s far more sincere. There are stories about a beached whale, for example, that finds its beauty both in the sonic and visual beauty Bonnetta crafts but also in the sincere grounding of the narrative in something almost political. Bonnetta uses this story to further expound upon the growing dependence on technology in modern life and the destructive powers therein.

This is very much a film about ecosystems, taking the gorgeous landscapes and the fact that it was shot right at the moment between both the darkest and brightest days of the year in the Outer Hebrides, and enveloping the viewer in a world that feels beyond the one they live in. To that point, it’s also a decidedly haunted picture. Not just in its interest in the concept of loss and death, but in the trail of bread crumbs that follow in its wake. Keeping the narrators largely off screen, the film has a ghostly energy to it, with viewers constantly surrounded by impending doom. Stories of fishermen facing near death in search of lobster play opposite images of boats being tossed about, which when paired opposite the gorgeous, almost verdant landscape shots, glance towards a world on the brink of collapse. A powerful, haunting experiment in sensory filmmaking.