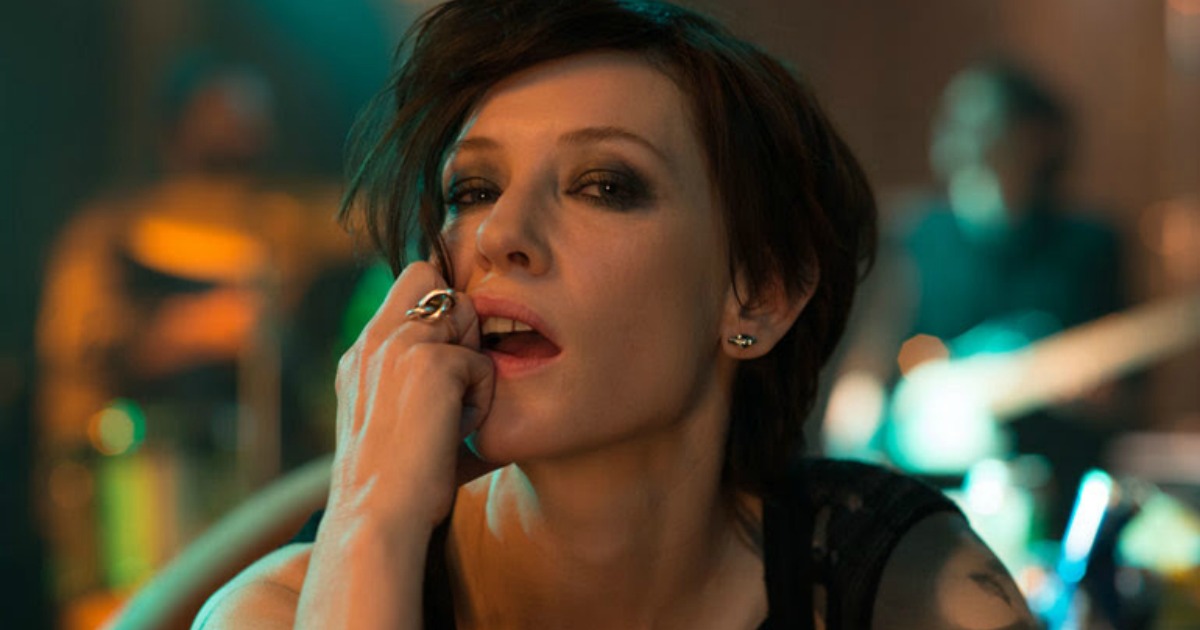 Every week, museums around the country host numerous art installations both new and old. Be it a simple one channel loop that may leave a viewer scratching their heads, or a rapturous multi-channel piece that bewilders as much as moves. However, very few, if any, of these pieces get adapted to a feature length film that finds its way into cinemas across the country.

Beginning such a rollout this week is artist Julian Rosefeldt’s new film, Manifesto. Adapting Rosefeldt’s beloved multi-channel installation of the same name, Manifesto stars Cate Blanchett as 13 different characters drawing from numerous artistic and political manifestos ranging from Dadaism to Dogme 95. Not necessarily set during the time period that correlates to the rise or formation of the specific art movements, Rosefeldt transplants these manifestos into the modern day. There’s Blanchett whispering about pop art while praying at the family dinner table, only to jump to (arguably the highlight of the piece) dueling Blanchetts meditating on conceptual art through the guise of a news broadcast.

These short pieces, when taken as one feature work, are an interesting experiment in film form. Superficially, this plays as a resounding statement for star Cate Blanchett, proving once again that she’s as powerful and charismatic an actress as we have today. Definitively her show, Manifesto finds Blanchett in full experimental mode, jumping from a dour dissertation on Dadaism during a funeral sequence, to one of the funniest and most engaging performances of the year as the above mentioned news anchor and meteorologist discussing the merits of conceptual art. She gets to flex each and every acting muscle she has at her disposal, and it is at once a true delight to see her toy with these characters and yet a profound example of the energy that makes her such an enthralling screen presence.

However, the experimentation doesn’t stop with the face on the screen. Instead, Rosefeldt is apt to the challenge, giving each segment a clear and distinct feel. From the bewildering sound design to the top notch photography, each segment has the same structure, yet no two truly feel alike. Finding Blanchett at the center of the screen, these segments are clearly intended to be seen in the specific setting from which this film was conceived, but in adaptation little is lost. In the moments this aesthetic conceit changes, like watching Blanchett mull around a dinner party before proclaiming the merits of abstract art (a segment that concludes with a weirdly surreal moment that is not rare within the DNA of this picture), this picture truly comes alive. Again, Christoph Krauss’ cinematography is superb, one of the numerous aspects of this film that feels decidedly heightened.

Clocking in at a pinch over 90 minutes, the film may be a slog for those looking for a film with a more classic narrative, in both structure and execution. Ostensibly narrative free, Blanchett’s characters certainly feel lived in and fleshed out, yet there is literally nothing resembling a classic narrative for viewers to engage with, if that’s what one looks for. However, as a work of art, this is a profoundly interesting piece of work. A captivating meditation on art and its relation to both history and the modern day, Rosefeldt’s feature adaptation of his art installation is one of the year’s most interesting and singular motion pictures.