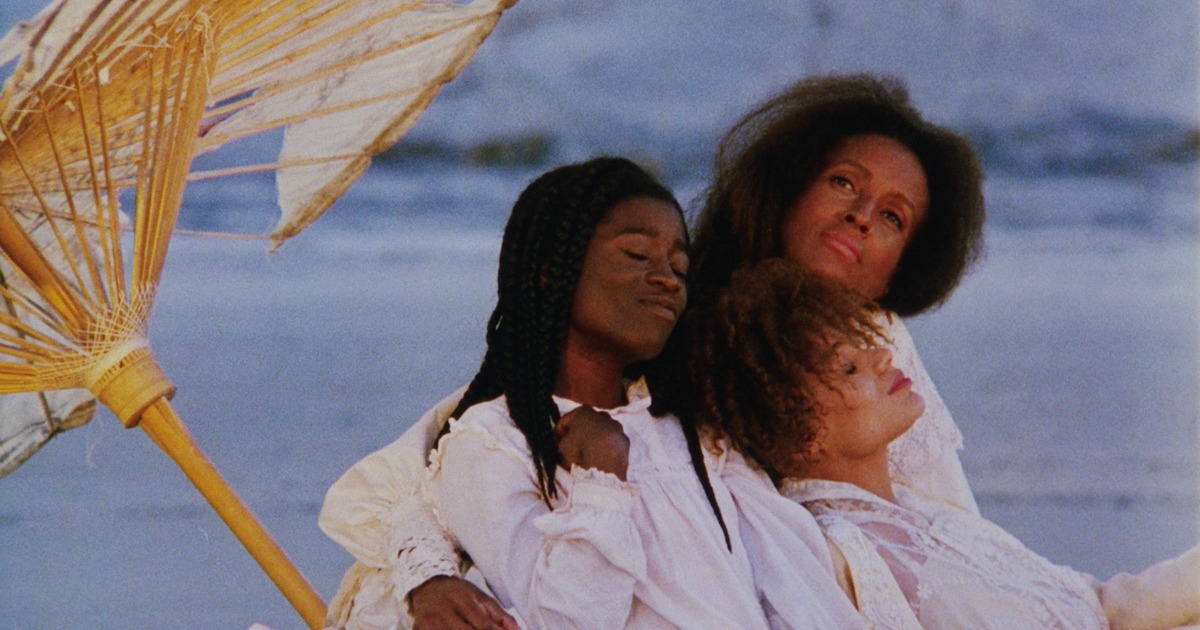 The early 1990’s was a landmark time in the world of American cinema, particularly the independent scene. With names like Tarantino, Linklater and various others finding a foothold with groundbreaking film achievements at the early part of the decade, the first years of the ‘90s would go on to launch the careers of some of today’s most beloved and critically lauded auteurs. However, some of the greatest films from this time period came from visions that were not only completely singular, but also filmmakers who would rarely get another crack at the type of filmmaking that launched their careers.

One of those filmmakers was Julie Dash. Now working primarily in the world of TV and short filmmaking (although she does have a new documentary entitled Travel Notes of a Geechee Girl in some stage of production), Dash launched onto the scene with a film entitled Daughters of the Dust. One of the most beloved and aesthetically experimental works of this time period, Dust debuted at the 1991 Sundance Film Festival, where it garnered Best Cinematography honors, and has since become a foundational work within not only African American cinema, but modern independent film, even getting inducted into the National Film Registry in 2004.

And now, thanks to Cohen Media, it’s ready to hit theaters once more for its 25th anniversary, with a Blu-ray in the works going forward (it’s currently not available on home video stateside).

Daughters tells the story of a family rooted in the creole Gullah culture as they try to come to grips not only with the journey north ahead of them, but also the idea of what traditions and legacy they will be leaving behind them. A tale as old as cinema itself, this battle between modernity and tradition is told through a picture rooted heavily in traditions both theatrical and folkloric, a film that’s as much a poem as it is a piece of narrative cinema.
Being a debut film, Dash’s direction here is astoundingly assured and bewilderingly esoteric. As if someone took the theatricality found in a Spike Lee Joint, left it on a stove and boiled it down to its absolute purest essence, Dash’s direction is relatively static (the occasional burst of energy comes from brief flights of fancy like slow-motion set pieces) but in its framing and mise-en-scene there is profound vitality. The photography, the Sundance-award winning work, is superb with a warmth enveloping the film in an impressionistic neo-realism. Dense and layered, Dash’s work here is richly designed and while the time-specific production work is tactile in its execution, there’s an otherworldliness that washes over the film. Again playing over its two hours as almost a lament, the narrative here isn’t as important so much as the deep-seeded themes of cultural memory and legacy which shift the film from something that could be described as ostensibly a filmed play into something entirely its own and almost avant garde.

That being said, the performances here are almost classical in their theatrical roots. With each word carrying with it a sense of poetry and musicality, performances in Daughters are all but uniformly astonishing. The narrative and the screenplay are deeply textured and in many ways obtuse, yet actors like Cora Lee Day and Cheryl Lynn Bruce breathe these words as if it’s stream of consciousness. Day is particularly great here as the Peazant family matriarch, a strong willed but deeply nuanced woman. Bruce plays one of her granddaughters, and she’s also truly great. Rounding out the cast are names like Kaycee Moore, Bahni Turpin and the ever amazing Alva Rogers, who is likely best known for her role in Spike Lee’s School Daze but gives maybe the performance of her career within this film’s 112-minute run time.

Finally back in theaters, Cohen Media have backed a new 2K restoration for the film, and it’s absolutely superb. The warmth brought to the film through its photography is in full form here, and the beautiful score from John Barnes is absolutely moving. With an impact still being felt on modern filmmaking (look no further than Beyonce’s Lemonade to see a direct descendant of Dash’s debut film) Daughters of the Dust is a breathtaking achievement that’s still not as widely seen as it truly should be.