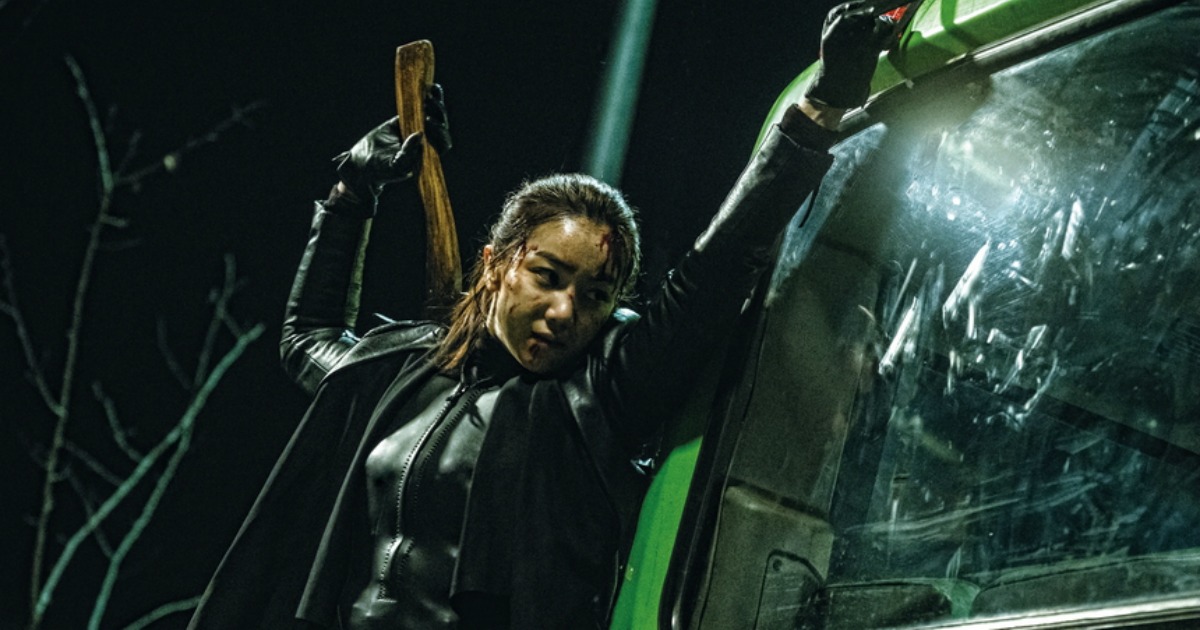 In an age of almost weekly action films that either star The Rock or tell the story of a randomly chosen comic book character, modern action cinema is in a relatively awkward state. While there are certainly independent and foreign releases that are in some fashion evolving the language of action film making, much of what is thrust into theaters across this country is cookie-cutter, paint by numbers studio trash that couldn’t describe an original thought if it hit them square in the face.

Thankfully, this final weekend of August is one of those eventful weekends where independent theater chains in larger markets (specifically NY and LA this weekend, with more to come) finally get a hold of one of those above mentioned diamonds in the rough.

Entitled The Villainess, the film arrives in the dog days of summer as an absolute breath of fresh air that is at once almost thrillingly incoherent narratively and yet maybe the most inventive action picture of the last calendar year. More or less, director Jung Byung-Gil’s new film tells the story of a woman named Sook-hee (Kim Ok-vin), who we discover was born into a life as an assassin only to be tapped by the South Korean government to create a sleeper cell of sorts. After getting a new face through the collected efforts of the very best surgeons in the country, she’s given a new alias and ultimately a new lease on life. However, you through in a troublesome pregnancy and the arrival of a few interesting characters into her life, and you have a story that is both derivative and just the right setting for a film of almost cartoonish levels of aesthetic energy.

From the very first sequence of the film, we the viewer are thrust into a world violence and revenge that we don’t quite have the capabilities to grasp. Not only is the central revenge plot utterly incoherent, but the action choreography is breathlessly anarchic. Opening like a coked up Lady In The Lake, The Villainess begins with (and will return to throughout the film) a first person perspective as who is revealed to be our lead tears her way through hordes and hordes of nameless thugs. It’s a glorious ballet of blood and violence, an uncompromising piece of action film making that is almost too baroque to even really describe as an action scene. In a world where an action film as blandly made and narratively tight as Baby Driver can become a critical darling, watching Byung truly experiment with his direction and his camera while giving us a narrative that’s at least attempting to experiment with the form is utterly captivating. Be it the opening sequence or a motorcycle-centered sword fight or what is easily the year’s best car chase, The Villainess is a profoundly thrilling piece of pure action cinema.

It also helps that, despite being caught in a story that makes little coherent sense, Kim Ok-vin’s lead performance is an absolute doozy. On par with any of the great modern action film performances, Kim Ok-vin is thrilling to watch, and while her commitment to the action sequences itself is commendable, it’s her commitment to the character that’s captivating. There’s a duality of self at play throughout the film, be it Sook-hee’s evolution as a stage performer or the fact that she is trying to start a new life without truly ending her past one, and while the film can’t ever truly get its sea legs narratively, this central performance has an uncertainty to it, an uneasy energy, that’s just the right spice needed for this film.

Film needs more films like The Villainess. Would it have been great to see the creative team behind this film put their talents to a piece with more intellectual substance? Sure. Of course. But 2017 has yet to give us an action film as purely thrilling as this one. Genuinely inventive action direction and choreography turn what is very little more than a convoluted revenge tale into a thrillingly absurdist experiment in film making centered around one of the year’s great acting discoveries.