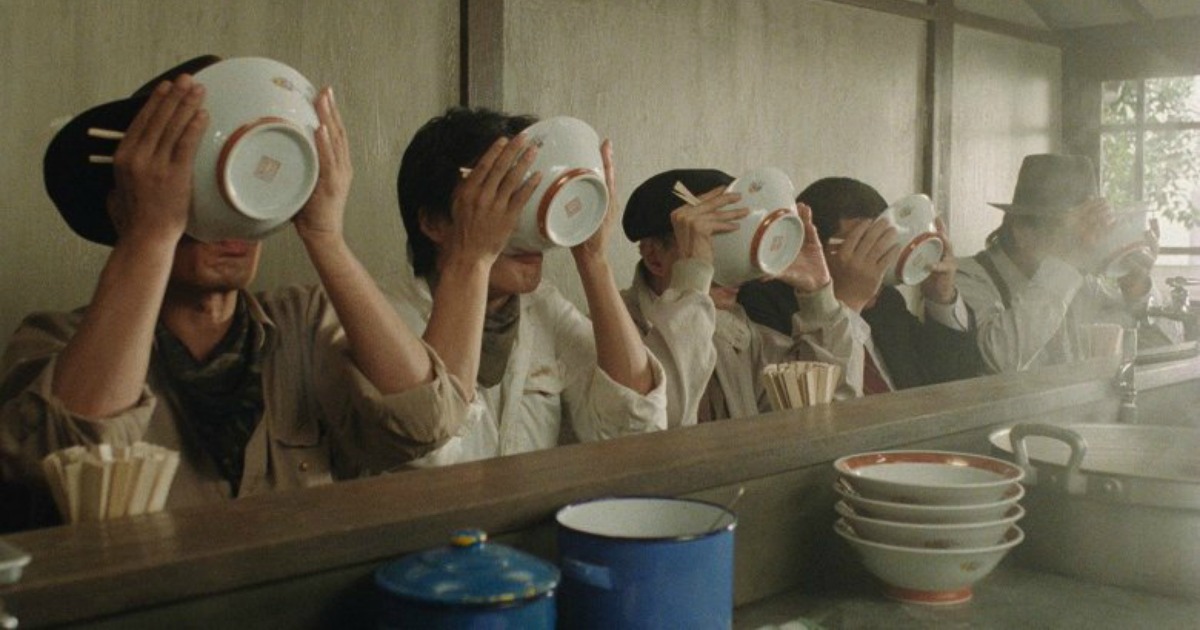 Over the last handful of years, repertory cinema has found a new life. With an increasing number of distributors not only restoring classic, foreign and ostensibly forgotten masterpieces, but also giving them great runs in theaters across the country, even smaller markets outside of New York and LA are getting a chance to see what’s truly going on in the world of film restoration. But there are still few names as influential and important as that of Janus Films. A label synonymous with the very best in truly important cinema, Janus Films has seen new runs of films as iconic as The Dekalog, to as niche as John Waters’ Multiple Maniacs this year. And they aren’t done just yet.

October 21 sees the New York premiere of a new, gorgeous, 4K restoration of Juzo Itami’s masterpiece Tampopo. Long rumored to become part of the DVD and Blu-ray catolog of Janus’ home video arm, The Criterion Collection, Tampopo is the latest restoration effort from the iconic label, and is yet another towering achievement, showing what can truly be achieved when tender love and care is applied to the film restoration process.

Itami’s sophomore feature, Tampopo is an unclassifiable work of utter genius. Originally debuting in the US in 1987, the film is a genre bending piece of filmmaking, at once playing like a modern day-set Western only to be intercut with an erotic drama with absurdist comedy running throughout the proceedings. Centering on the story of a woman in search of the perfect ramen recipe, we meet Tampopo, a widowed owner of a dingy ramen dive, who happens to have the mysterious Goro as a customer one fateful night. The two, along with Goro’s right hand man, Gun, not only help get those with more malicious intent off the back of Tampopo, but assist her in gaining what’s needed to reopen her restaurant and bring it to prominence.

It is in moments like these, moments of pure cinematic vitality, that the film truly transcends its superficially absurd roots. Described in various promotional materials as a “ramen Western,” Tampopo is, at its very base level, toying with genre. Rooted heavily in the world of spaghetti Western mythology, the film almost from frame one announces itself as something working as self aware pastiche. Literally opening with a set piece proving its own self awareness, what follows this hilarious prologue is as much toying with the role of food in one’s own life thematically as it is experimenting with genre narratively.

Again, only Itami’s second feature, Tampopo is a profoundly assured piece of work. The central Western narrative is genuinely thrilling, with each character fitting perfectly in their respective roles. Itami’s widow, Nobuko Miyamoto stars here as the titular lead, and is an absolute delight. She’s a modest cook, trying to make good on her late husband’s noodle shop, but can’t make any real headway in the market until she comes across Tsutomo Yamazaki’s Goro, a John Wayne-esque brute who we watch go from mysterious bad guy ass kicker to food critic at the drop of his white hat. Rounding out the team is Goro’s young ward, Gun, which is the first major role for one Ken Watanabe, a household name today. It’s a narrative whose themes may not weigh heavy on the viewers shoulders following the screening, but whose energy, vitality and genuine delight in its own experimentation will force conversations.

Back to the opening segment for a moment, there are few announcements more crystal clear in cinema than the one made by the startling, fourth-wall shattering address to camera that begins the film. At once demanding respect for the art of film and yet setting the viewer up to never truly know what to expect going forward, this comedic prologue is just one example of this film’s absurdist trappings. There are little moments as well, particularly the response a collection of businessmen have to an underling ordering some auspicious items at a business dinner or a group of women being taught how to eat spaghetti (a vignette that will leave you wiping tears of laughter away), all used in the service of satirising society through one thing that connects everyone; food.

It’s also simply a supremely crafted film. Itami’s name isn’t a familiar one to many, but this is a superlative experiment with cinematic language. There are unforgettable tableaus here (the image of an egg yolk running out of the mouth of a gangster’s lover is forever burned into my brain), with the central storyline using the language of Westerns of a generation prior in unison with Masaki Tamura’s photography to make something truly special. It’s a baroque piece of work, one whose digressions from the main narrative feel entirely earned and never once leave the viewer checking their watch. The eroticism is also a key point of discussion, with the above mentioned egg yolk sequence being a perfect microcosm of the entire picture. Intellectually, it shouldn’t be effective. An egg yolk is sent from one lover’s mouth to another’s through kisses, shot in close-up. Yet, it ultimately culminates in not only a short vignette that oozes sexuality out of every pore, but one that’s moving and utterly arresting. Its blending of sensuality, drama and comedy is almost primal. It paints with broad colors, turning what could be a forgettable genre piece into something so purely cinematic that it feels entirely peerless.