Religion and spirituality is a topic both important, and sensitive, to a vast majority of this planet we call Earth. And it’s one of the most discussed topics within the world of cinema. Be it some of the greatest films of all time (The Passion Of Joan Of Arc being the most overt example) to ostensibly entire directing careers (names like Ingmar Bergman are examples of filmmakers almost explicitly interested in dealing with the human condition and its relationship with faith), religion and the questioning of faith have been staples of cinema almost since its dawn.

Take for example the new film from German writer/director Katrin Gebbe, her directorial debut to be exact. Entitled Nothing Bad Can Happen, the film has a rather deceiving title as it tells the tale of a young Christian teen who is ultimately brought into a sadistic household. A husband and wife take him in, only for him to discover the house is full of violence and sexual assault, as the man of the house is not only violent physically, but pays intense and monstrous attention to his stepdaughter. The film is a brutal watch and while it is a decidedly gorgeous picture, it’s one that lacks the real intellectual power to make all this suffering the characters, and the viewer, endure worth anything. 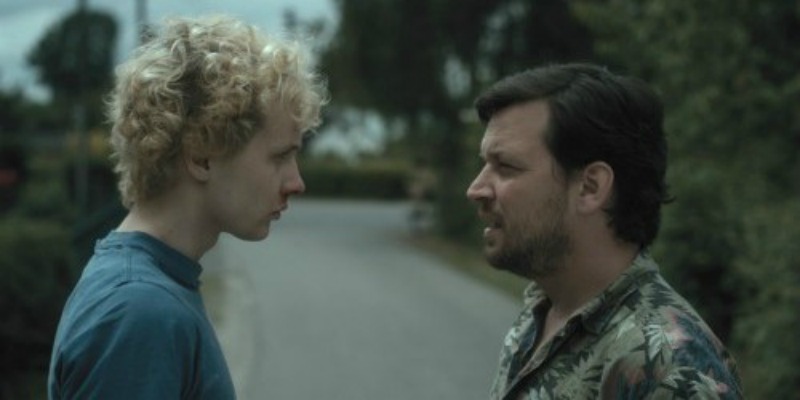 Based on a real life series of events, the film employs a raw and realistic aesthetic, almost to a fault. Gebbe gets beautiful cinematography from Moritz Schultheiß, and her camera is as natural as they come. Very much taking an influence from a varied group of filmmakers ranging from Michael Haneke (the quiet plaintiveness and blunt nature of the filmmaking) to Darren Aronofsky (some of the film’s most powerful aesthetic moments are the handful of tracking shots following a character from behind), the film is rooted in the type of filmmaking that this part of the world has become known for. Uncompromising and visceral in every way imaginable, the film isn’t an easy watch, but it sure is a gorgeous one. Grainy and washed out, there isn’t much color in Gebbe’s frame or much energy in the world she paints here, but it’s brooding, lacking in judgement of its lead character and at its very best driven by an assured filmmaker and an involving narrative.

However, all this suffering sadly doesn’t amount to much, at least anything that hasn’t been mined numerous times before. Inherently a film about the power of faith, the suffering at the center of the picture falls flat thanks to a narrative that undermines it with too much broad characterization. This lack of real nuance or true depth makes the central drama seem a tad superficial, which for a film of this nature, is an unforgivable sin. By the time the final credits roll, the viewer has become numb to the senseless violence that abounds in the film, and while the previous 108 minutes have asked the viewer to dig through some interesting questions, the answers that it offers up are seemingly shallow and limp wristed.

Thankfully the acting is superb to elevate the material. The film stars Julius Feldmeier as Tore, a young man who is as convicted a man of faith as anyone his age could ever hope to be. Homeless, his character, in any other film, would be a true victim, and while the film appears to go down that road, there is such innocence and pure blooded conviction behind his eyes that it really is a star making turn. Sascha Alexander Gersak co-stars as the villain of the film, the step father Benno, and his performance is breathlessly dark and sadistic, the polar opposite of young Tore. Supporting players include names like Annika Kuhl, Swantje Kohlhof and Daniel Michel, all of whom turn in really powerful and weighty performances, being the real source of emotional connection for the viewer.

Despite being vapid and in many ways “ugly,” Gebbe’s directorial debut is a superficially powerful meditation on the power of faith that is saved by some truly great performances. With an assured aesthetic from a director far more convicted in her style than a first time filmmaker should be, Nothing Bad Can Happen is far from a must-see and a tough film to recommend. However, if one is willing to go for the terribly upsetting ride that follows, despite being empty in its themes, these performances and Gebbe’s camera work are more than worthy of at least a rental when it arrives in DVD and Blu-ray via Drafthouse Films. The film is currently in limited release. 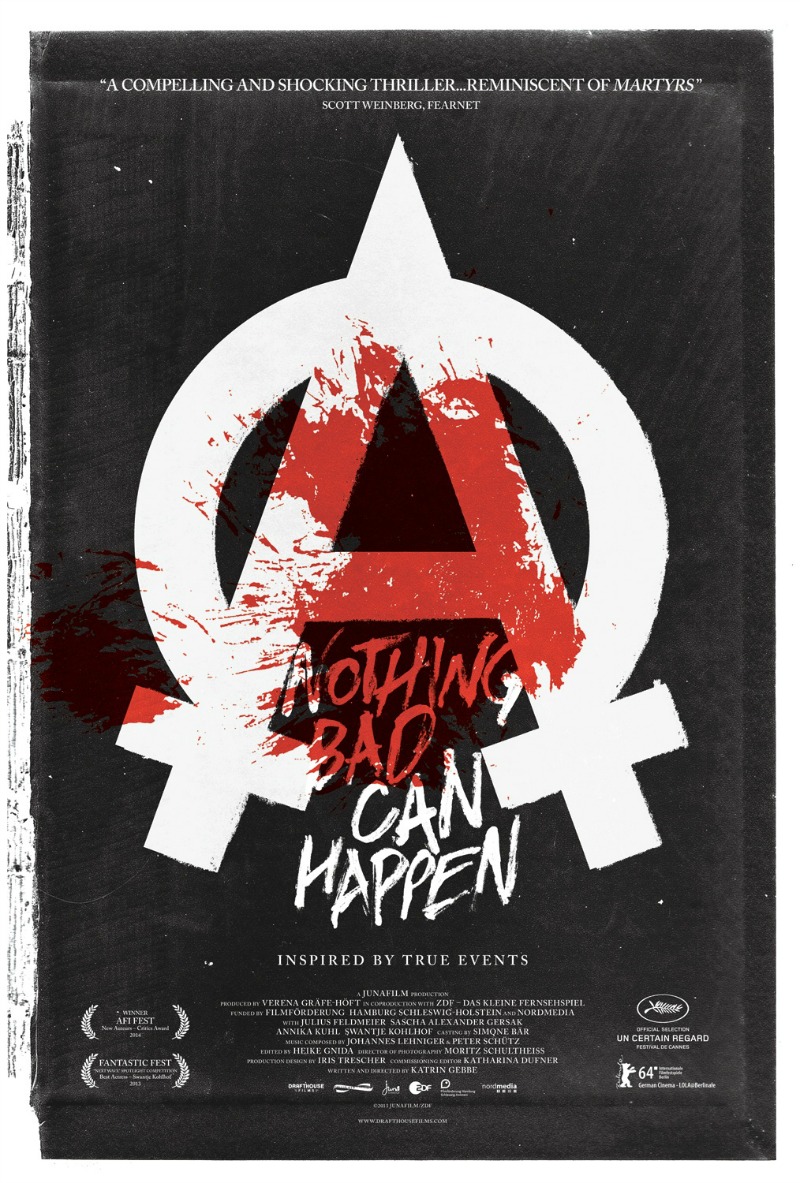