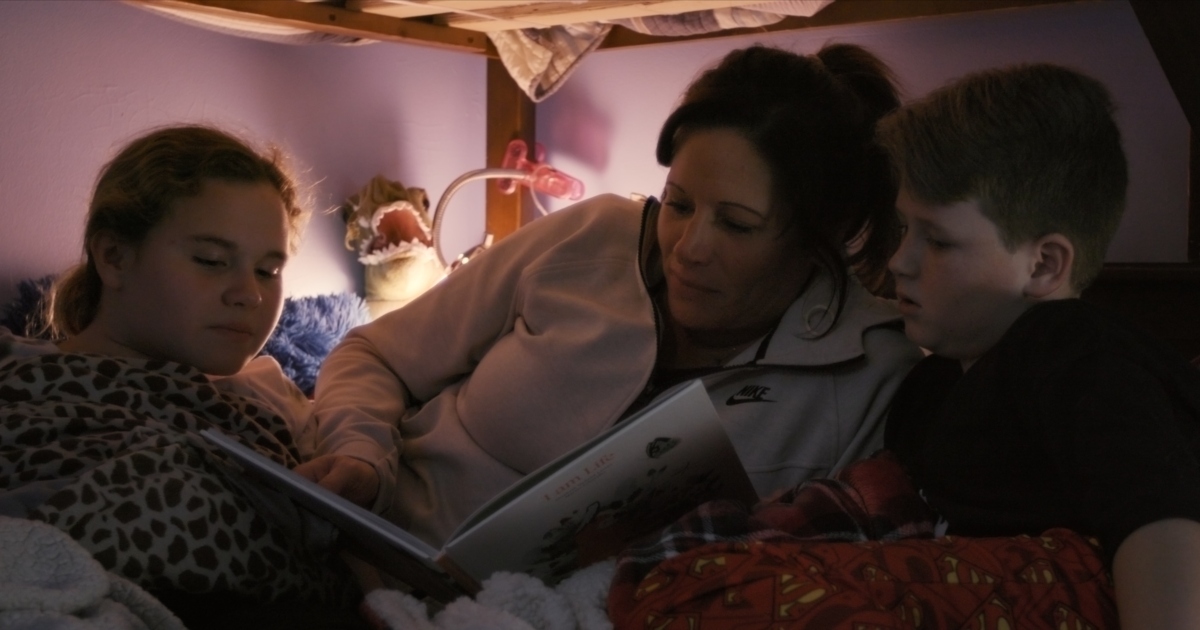 An Elephant In The Room was featured as part of the 2020 SXSW Film Festival, where it would go on to win the top Documentary prize. Although the festival was cancelled the film was still screened for press, thus making this review possible.

While it is relatively common place for, over the span of one’s life, have to watch your parents, partner or other loved ones grow old and pass on, that experience is rarely ever seen from the point of view of people of a younger demographic. Left to the realm of movie musicals or comic books, children dealing with the direct impact of a parent or guardian dying is stuff of melodrama more than intimate documentary. That is, until An Elephant in the Room.

Directed by Danish filmmaker Katrine Philp, An Elephant in the Room introduces viewers to The Good Grief community, an establishment that runs therapy sessions for children dealing with the death of one or both of their parents. Built as almost a school-like home for these youngsters, the service offers both a place for them to openly grieve and combat their emotions head on as well as feel safe and cared for within a more rigid structure. Be it through painting or direct conversation, the children are candid and up front about their experiences, even if they aren’t quite sure what these feelings they’re feeling truly mean in the larger picture.

Structurally quite classic, An Elephant in the Room is built as a relatively straight forward non-fiction film, with a blending of talking-head interviews and hands on, first-hand insight as to the daily workings of the group and the children that more or less call it home.

Winner of the 2020 SXSW Grand Jury Prize for Best Feature Documentary, Elephant more than lives up to that award’s hype. One of the more emotionally enveloping documentaries not just of this year but of recent memory, Philp’s film is one of profound intimacy and deep seeded humanism. Never once playing as manipulative, Philp’s direction is arguably a bit subdued, but it’s also clear-eyed and deeply respectful, both not shying away from the emotional intimacy of the proceedings yet also giving the children enough space as to feel comfortable embracing their feelings and how they choose to express them.

One of the film’s crowning achievements comes near the conclusion, when one of the children begins to cry heavily during one of the more therapy-like group sessions. Showing just how empathetic children can be, another asks this young boy if he’d like to go outside and talk about the feelings he’s having. Just one example of the type of insight the film gives with regards to a child’s experience with grief, it may even more so be a perfect example of this film’s uncanny ability to portray these children as both mature beyond their years and yet utterly innocent and unknowing of the world they live in. Despite the film’s modest means (the photography itself is surely beautiful but, again, the filmmaking is strangely flat), Philp proves to be an expert at tone and mood, crafting a film that never once feels manipulative despite the lack of adult presence within the narrative. The film allows each subject to inform the viewer about their story in whatever way they see fit, and in doing so we learn not just about each story, but just how the grief and grieving is processed by the youngest of our society. It’s a complete knockout of a documentary.