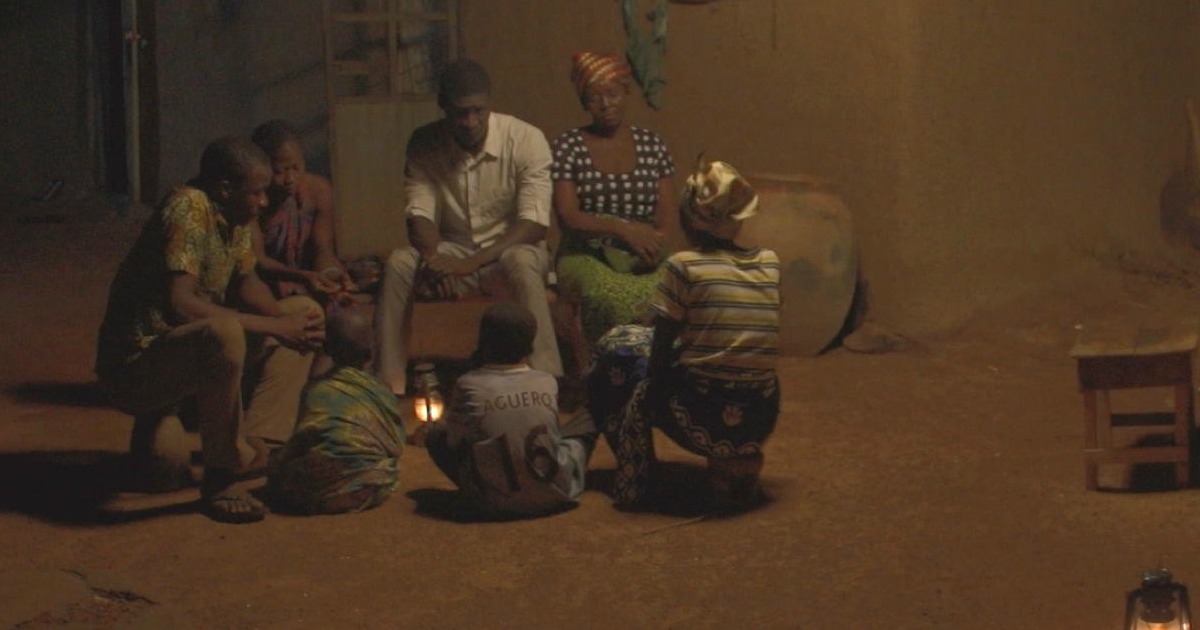 There aren’t enough films in this world like Nakom.

Billed as the “first feature film made in the Kusaal language,” Nakom is at once a perfect entry point into the world of African cinema and yet also something far more universal in its thematic reach. Set in the titular African farming village, Nakom first introduces us to Iddrisu as he runs to class in a much more modern city in Ghana. However, things quickly shift to the rural locale he was raised in when he discovers that his father has died, leaving him as ostensibly the leader of the very household he left, to face the traditionalism that still runs throughout the rural cultures within Africa.

Directed by T. W. Pittman and Kelly Daniela Norris, the film is playing as part of the New Directors New Film series at the Film Society Of Lincoln Center, and is a real highlight of that collection of superb films. Aesthetically, the film is relatively quiet and unassuming. The camera never draws attention to itself, instead opting for a much more static feel, giving the proceedings a blunt naturalism and authenticity that is rare within African cinema. Particularly in the face of many narrative threads that could have been played in a key much closer to that of high arching melodrama, with black and white traditionalism making our lead’s life one of massive decision after massive decision.

Starring Isaac Adakudugu, the cast here, for being primarily Nakom locals, gives shockingly good performances. Adakudugu’s performance is nuanced and entirely lived in, a man of sure headed morals but also entirely conflicted about what his future should hold. The supporting cast here gives the film an even stronger sense of naturalism, making Nakom at once entirely specific to this village and yet thematically universal. A theme running throughout African cinema, the film’s outsider directors allow the film’s core battle between modernity and traditionalism play out in shockingly human and nuanced ways.

It’s also simply a joy to look at aesthetically. While the direction here may be subdued and quiet, the photography itself is not, with Robert Geile lensing some absolutely breathtaking sequences. A past collaborator with the film’s two directors (he shot their debut film Sombras de Azul), Geile seems to not only get what the directors are attempting to portray visually, but amps up the emotional heft with some deft photography. The film is, aesthetically, at its strongest when we see visually the difference in modern and traditional culture. There are numerous shots of the hustle and bustle of the big city our lead is coming from, that are in stark comparison to the quiet beauty of the rural society he has left. There are a few bursts of energy in the form of tracking shots, but instead of feeling like they are there to simply show off for the directors, they add a sense of vitality to an already tactile world. It’s a world that at once feels entirely new to us, and yet there’s a core battle between man’s roots and his dreams that is as universal as they come.