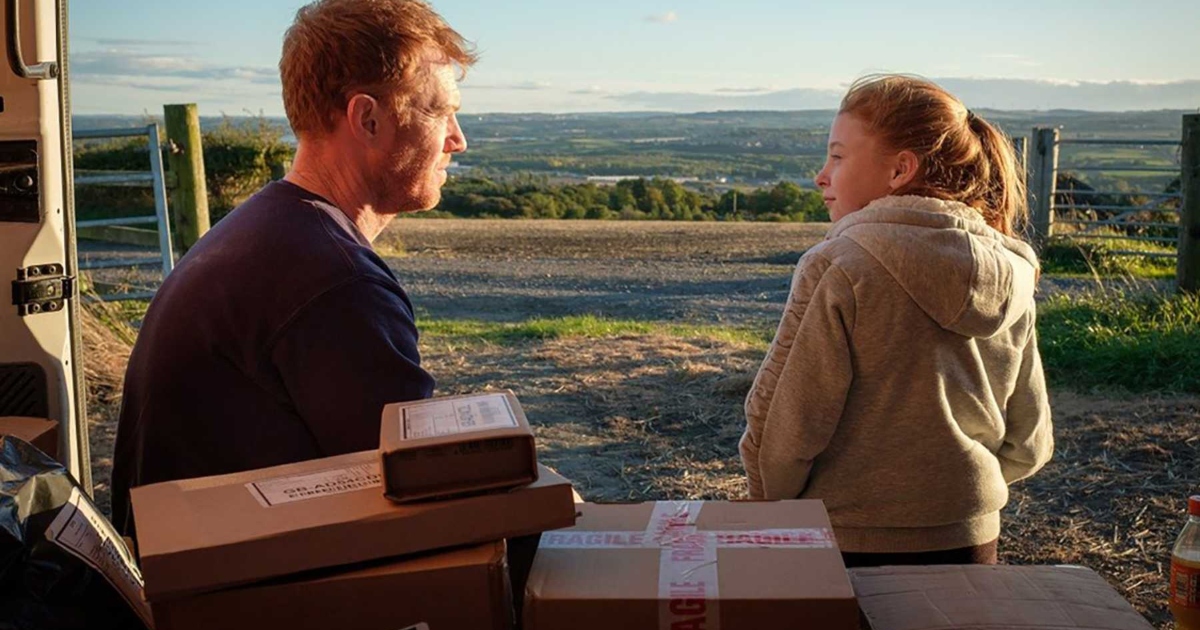 With a career that’s almost sixty years on, director Ken Loach has not only become synonymous with a type of grounded, socially-minded drama but also cemented himself as one of the UK’s most influential and important filmmakers ever. And while his career, like any that’s lasted this long, has seen its fair share of peaks and valleys, he’s still churning out Palme d’Or winning masterpieces, with each new film among the most must-see of their given year.

And that’s no different with his newest film, the brilliant and emotionally devastating Sorry We Missed You. The director’s 25th feature film, Sorry We Missed You sees Loach setting his sights on the modern gig economy, with a script from longtime creative partner Paul Laverty that introduces viewers to Ricky (Kris Hitchen), a father and husband facing an uphill battle following the economic collapse of 2008. Drawing its title from the little notes delivery drivers leave on your respective doorstep, the film sees Ricky attempt to bring back some stability to the lives of he and his family by taking on a new van and being part of a franchise of self-driven delivery drivers. Lives begin to crumble under the weight, not only of Ricky’s new job but that of his wife as well, with a troubling self-destructive streak being seen in their eldest son as well. It’s a harrowing, textured and humane portrait of life in the modern economy, a film that’s occasionally quite funny and tender even, but without ever once muting this director and writer duo’s unbridled anger towards the gig economy.

Again, Loach being a director of social, class-aware dramas, it should be no shock that as the divide between the classes widens, his films increasingly feel more and more urgent and essential. Very much in conversation with his previous film I, Daniel Blake, Sorry We Missed You is a simply crafted, neo-realist picture that finds all of its tension in its lead and his inability to make any headway despite giving it an honest go. For a world built by people “pulling up their bootstraps and getting to work,” Loach knows that that’s a load of bullshit, using simple framing and natural photography to bluntly portray the interactions between the haves and the have-nots. These are intimate, often interior films, plainly told using relatively static camera shots, films that becomes infuriating for viewers due to the uncanny ability Loach has to draw empathy out of his viewers. Sorry We Missed You is almost radical in its empathy, finding its director at his most tender and humane, while never once losing sight of who the real villain is here. He’s even empathetic towards Ricky’s boss, a man who is nothing more than a pawn for the monstrous economic system that seems insurmountable for families trying to do their very best.

It, however, would all be for naught if the performances Loach got out of his relatively unknown actors weren’t incredible. Thankfully here he gets some of the best performances he’s had since The Wind That Shakes The Barley, with Hitchen proving to be the perfect type of actor for this role. Strong and driven by the purest of goals, Hitchen’s Ricky is a classic cinematic father, a man just trying to do his best with a world that feels oppressive trying everything in its power to stop him. Debbie Honeywood is also quite great as his wife Abby, an equally prototypical wife figure who never once doubts her husband, and by the film’s conclusion becomes one of the stronger figures in the picture. There’s a sense of unifying fear within these performances that makes the film so heartbreakingly real, with each new conflict at home having to be weighed against going into work that day, in a balancing act that in any civilized world wouldn’t be seen as anything less than offensive or absurd. Instead these scenes are played with incredible naturalism, turning these conversations into something entirely infuriating.

The two children are were this heartbreak doubles. Rhys Stone and Katie Procter play the son and daughter respectively, with the former slowly starting to lash out in public in greater and greater ways. Shoplifting and such gets the young bloke into hot water, and ultimately begins to break apart the family unit under the collective weight of his instability and that of his father and mother’s career choices. Procter is more or less an innocent bystander here (the whole family is but she in particular is seen as relatively stable), which in turn makes a choice by her near the film’s final act one of the film’s most heartbreakingly tender and real moments. It’s a soul-shattering moment of a child completely at their wits and and simply in need of their parents that, in all of this gig economy, late-Capitalism bullshit seems to be lost by those with the ability to not have to make that choice. It’s a moment of distilled empathy that it stands as a towering scene for Loach’s career writ-large.

Never overstaying its welcome, even at 100 minutes, Sorry We Missed You is Loach at the very height of his powers. A profoundly mature and tender film with a real edge to it, Loach’s latest may have lost out on another Palme d’Or in 2019 due to the unstoppable Parasite, but despite being a different beast entirely, it is no less radical and no less powerful a film than that masterpiece.