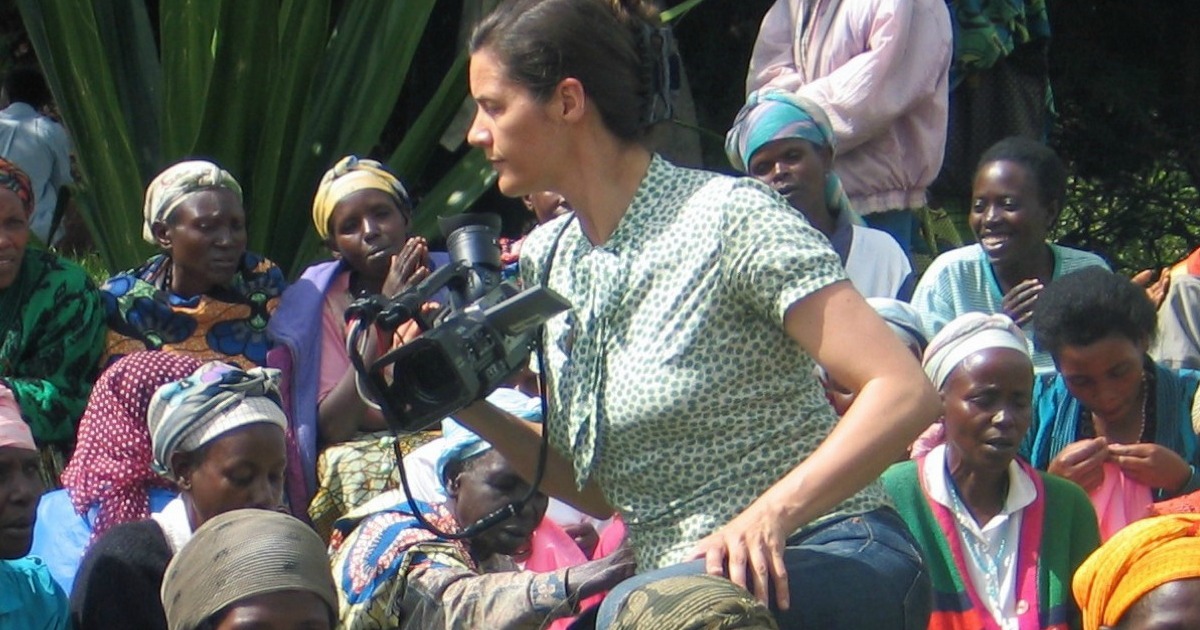 Usually the home for the latest and greatest in classic, arthouse and foreign language film restorations, distributors Janus Films have become as much known for their painstaking work in restoring and subsequently distributing classic films as they have been for their connection to The Criterion Collection. Offering a direct route from big to small screen, Janus has also turned the rare new release acquisition into something truly special. Taking on far fewer new release films a year than even the smallest of independent distributor, the Janus stamp is one of quality and curation.

However, in the case of Kirsten Johnson’s Cameraperson, even that doesn’t seem to do it the justice it so rightly deserves.

Best known as a documentary cinematographer, with films like Citizenfour and Fahrenheit 9/11 to her name, Johnson has become one of non-fiction cinema’s most lauded photographers. With an uncanny ability to shoot films as wide ranging as Kirby Dick’s This Film is Not Yet Rated to the unforgettable Laura Poitras documentary The Oath, Johnson has racked up a career spanning 25 years and over 40 films. And from that career she draws inspiration for her latest directorial effort, the gorgeous and in many ways groundbreaking self portrait, Cameraperson.

Cameraperson is seemingly an easy film to describe, but one that never stops engaging its audience in actuality. Compiling footage shot from the various films Johnson lensed, Johnson takes us on a journey through her career and her life, in what an opening title card describes as her “memoir.” We go from a rural Bosnian village, to footage of lauded French philosopher Jacques Derrida, to a football game at Penn State following their infamous sex abuse scandal all through the eyes of Johnson. Things then get deeply personal as, throughout the film, we see scenes of Johnson’s late mother as she battles Alzheimers, turning what could seem like a simplistic meditation on the world we live in into something not only greater but also far more intimate and enlightening.
Titling this piece Cameraperson, Johnson prescribes specific ideals within its roughly 100 minute runtime. If one takes the title at face value, this is a superb, if slightly long, look at the work documentary photographers do. The film doesn’t give much information about each vignette outside of a location, with the Johnson far more interested in thrusting the viewer into a world of great breadth. We become privy to things as wide ranging as a Nigerian midwife in the throes of a birth to Michael Moore talking with an Iraq war veteran about his intentions to defy a call back into duty. The viewer sees pockets of the world they are otherwise blind to, and while this non-narrative documentary may leave some viewers cold, those with an eye for art cinema and experimental non-fiction storytelling will become utterly enthralled by the film’s ebbs and flows.

Because, as the title also suggests, Johnson is coming squarely from an art cinema tradition. If one takes the title as they would the title of a painting in a museum or an installation in an art gallery, many different concepts crop up. Yes, this is at once a discussion of the art of being a documentary cameraperson, but more so the title Cameraperson implies far greater themes. Johnson constructs small narratives within the film, particularly with the idea of what can and can’t, or should and shouldn’t, be shown. We watch as a district attorney in Jasper, Texas discusses brutal details about the murder of a man named James Byrd, Jr (whose story is seen in the documentary The Two Towns of Jasper, only to see later on in the film a sequence involving a cultural activist in Syria lamenting about the modern state of media and their thirst for just these very same details. It’s a profoundly empathetic film, with Johnson letting the viewer into worlds they otherwise would never enter. In a film landscape where documentary films aren’t as interested in nuance as they are entertainment, Johnson’s film allows the viewer to question not only why they are watching this footage, but ultimately how they themselves interact with the world around them, a world we are seeing more and more through lenses and screens. Johnson’s film may have a title that hints at a picture trying to sell the viewer on a job, but it is instead a devastating and utterly rapturous meditation on the art of non-fiction filmmaking and just why documentarians do their work.

It’s also, as the first title card implies, a memoir for our filmmaker. Johnson introduces us to her mother, a beautiful, strong and lovely woman, splitting time between this footage and other footage shot at Johnson’s home with her own children. It’s at once a film of deep intimacy, with Johnson introducing an entirely new spiritual element through a title card near the back half of the film, and a first person journey through the world we all inhabit. With roots in Vertov and Eisenstein, Johnson’s exploration into her creative process and why we make and watch documentaries is one of 2016’s greatest and most original documentary features.