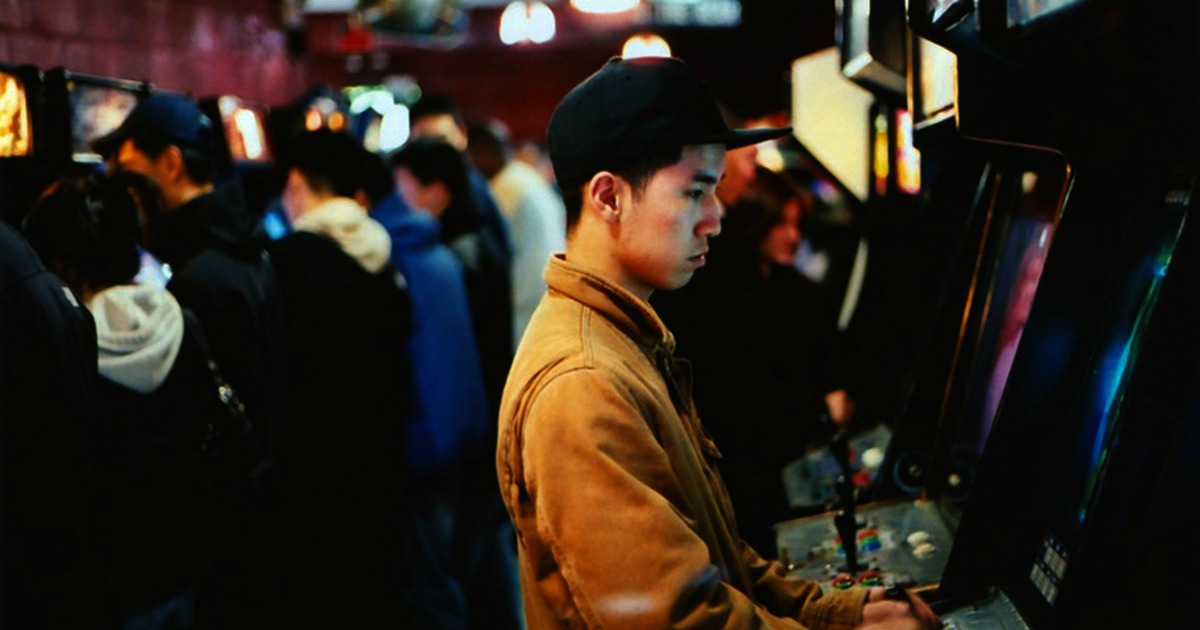 As more and more mediums evolve with ever expanding technology, the ease of access to such things as music, film, TV and literature have seemingly never been greater. At the touch of a button, anyone with a relatively good internet connection can view the latest and greatest movies, read thousands of books and listen to millions of songs from the comfort of their own home. However, few things have been affected more than video games.

Originally housed in neon-lit arcades that boomed with as many bleeps and bloops as they did human voices, they’ve not only evolved into a home entertainment outlet, but many people only have experience playing games on their smart phones. So what happened to those arcades?

That’s the broadest question asked in the new Kurt Vincent-directed documentary The Lost Arcade. More specifically, the film looks at the lifespan and ultimate impact of the New York City staple, Chinatown Fair. Opening in the 1940’s, CF became one of the hottest spots in the arcade boom in the early days of modern gaming, only to see its status become truly iconic after it became one of the last arcades to stay open in NYC following the increased popularity of home console gaming. A hot bed for every type of gamer, CF itself had become synonymous with the very best aspects of “the arcade.”

When Arcade is at its very best, it’s this sense of culture that becomes the focal point. While the specifics of CF are interesting, with former owner Sam Palmer proving to be one of the most intriguing characters, it’s the sense of humanity and cultural importance given to the broad concept of “the arcade” that’s most enthralling. Chinatown Fair was a modest arcade, with workers doing repairs themselves to save money, but what it became to the hardcore gamers, the runaways, the kids from broken homes, is what makes this a truly special place.

We meet a handful of the kids affected by CF, and their stories become the catalyst for what is a small, intimate meditation on both a dying form of entertainment, and a family friendly New York. Alina Hokura is the film’s biggest star, a soft-spoken but undeniably charismatic former runaway who turned to CF not only as a vehicle to feed his gaming obsession, but as a makeshift home, with those he befriended at the arcade becoming his true family. Hokura’s story is engrossing, with Palmer hiring and firing him over a dozen times with fatherly intent behind each one, only to see him become one of the faces of not only CF but the New York gaming scene. Then there is Henry Chen, Palmer’s second in command and ultimately the founder of a new arcade once CF finally closes. His story is ostensibly the film’s real narrative, with him going from gamer to employee and ultimately the figurehead of a dying gaming scene.

He opens his new arcade just prior to the reopening of CF, this time with a family friendly theme, including a few skill games but more so those games that you receive redeemable tickets for. Seen as not only an example of the death of real arcades, this third act reveal opens up the film’s other main theme, the evolution of New York. A microcosm of NYC’s constant gentrification following the 1980’s, CF’s reopening isn’t played necessarily as a villainous reveal, instead it’s something far more melancholic, far more upsetting. That is until gamers seem to find their way in the evolving landscape, forming smaller but very tactile cultures around each specific genre of game. It’s a layered narrative, one that is rare to see in this type of Kickstarter-backed documentary.

Also, the craft is incredibly high. The photography here is gorgeous, with each frame having a palpable energy. Vincent’s direction is assured and not afraid of evocative flourishes of expressionism, be it the use of focus or the brief tracking shots that have us float through the arcade space at CF like a mournful specter. It’s a startling piece of work, one that seems thin at first glance, but if given the chance to wash over a viewer, it becomes a truly rewarding 80-minute experience.