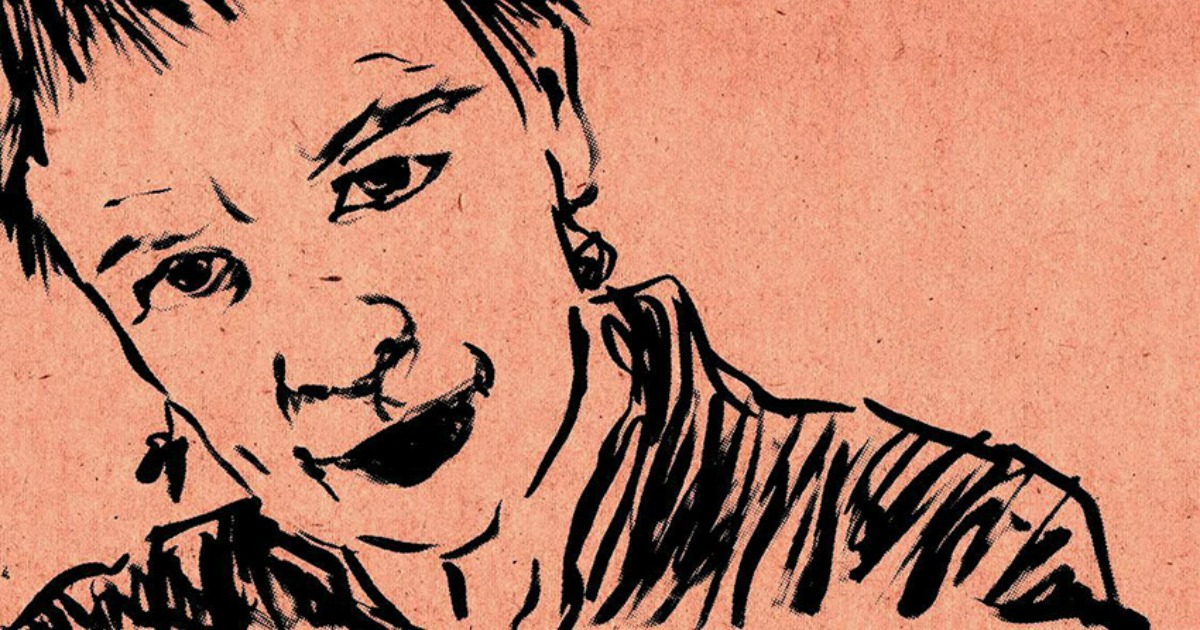 Documentary cinema is in a golden period. While many filmmakers get more and more esoteric with their subjects, others are getting more and more sensory in their aesthetic, and even more are getting more and more distinct in their voice. Films like Room 237 and the various documentaries from Terence Davies have helped usher in a new age of “essay” film, with pictures like Los Angeles Plays Itself proving that the genre of filmmaking once relegated to the special features of any home video release worth its stock can become something far greater.

And then there’s Laurie Anderson.

Best known as a musician, Anderson is also an accomplished visual artist, and has subsequently offered to film goers one of the greatest and most emotionally resonant essay pictures of this golden age.

Entitled Heart Of A Dog, Anderson takes a decidedly more personal route for this essay film, very much rooted in the same narrative stylings of the aforementioned Davies. Akin to a film like Of Time And The City, Anderson’s new picture is one focusing on her own life, and its relation to the world that she is a citizen of. A profoundly nuanced and assured effort, the film looks at the life and death of her beloved dog, Lolabelle, a terrier that Anderson loved with every drop of her soul. Taking Lolabelle and her relationship with it as a jumping off point, the film expands its view, mining it for meditations on love, life, loss, surveillance, 9/11, faith and everything in between, all in the body of a genuinely funny, devastating and haunting piece of truly personal filmmaking.

In many ways, this film truly defies categorization. At once fitting in the above discussed “essay” subgenre, the film almost feels too singular to even try and fit it into any one genre. A true piece of visual art, Dog is at its best when it shines its deftly focused light on Anderson herself. Deeply personal, Anderson doesn’t allow her film to shy away from some of the more devastating aspects of the tale she weaves, including various experiences from her childhood and even her rather outspoken political beliefs. A decidedly political picture, the beats it takes to discuss things like surveillance and the world, post September 11, 2001, really add a great deal of depth to an already textured picture. While much of the film may feel like the cinematic equivalent of a New Age style meditation, the film does very much feel rooted in the same beliefs found in the New Age movement, even so far as to discuss Anderson’s relationship with death as seen through the Tibetan Book Of The Dead. It’s a beautifully spiritual film, and one that allows these beliefs to breath and help the overall picture take a very specific shape.

Aesthetically, the film is beyond comparison. Mixing everything from digital footage, to 8mm film and even some animation, the film is a mixed media feature if there ever were one. While some of this may seem disjointed to the viewer, there is never a moment where a change in aesthetic feels contrived or without reason, making the experience closer to walking through an art installation than anything that you’ll find in a local cineplex. Defiantly, and in many ways purely, cinematic in its approach, Heart Of A Dog is an entirely singular vision from an artist whose voice is as assured as they come. Also, at roughly 80 minutes, the film’s pace is brisk, kinetic and yet it never feels slight or lacking import. Simply put, this is one of the year’s most important, and impressive, cinematic experiences.

With rave reviews coming out of its various stops on the festival circuit, this one is very well at the top of many cinephiles list of films to catch up with before the end of the year. However, this is going to end up being something more than just a curio on lists of best films as collected by niche film critics. One of the most emotionally resonant and unshakable films of the year, Laurie Anderson has made a documentary that is both intellectually profound, as well as deeply moving. Unlike anything in theaters this or any year, Heart Of A Dog is one of a kind film from a one of a kind artist. It’s simply a film you can’t afford to miss.