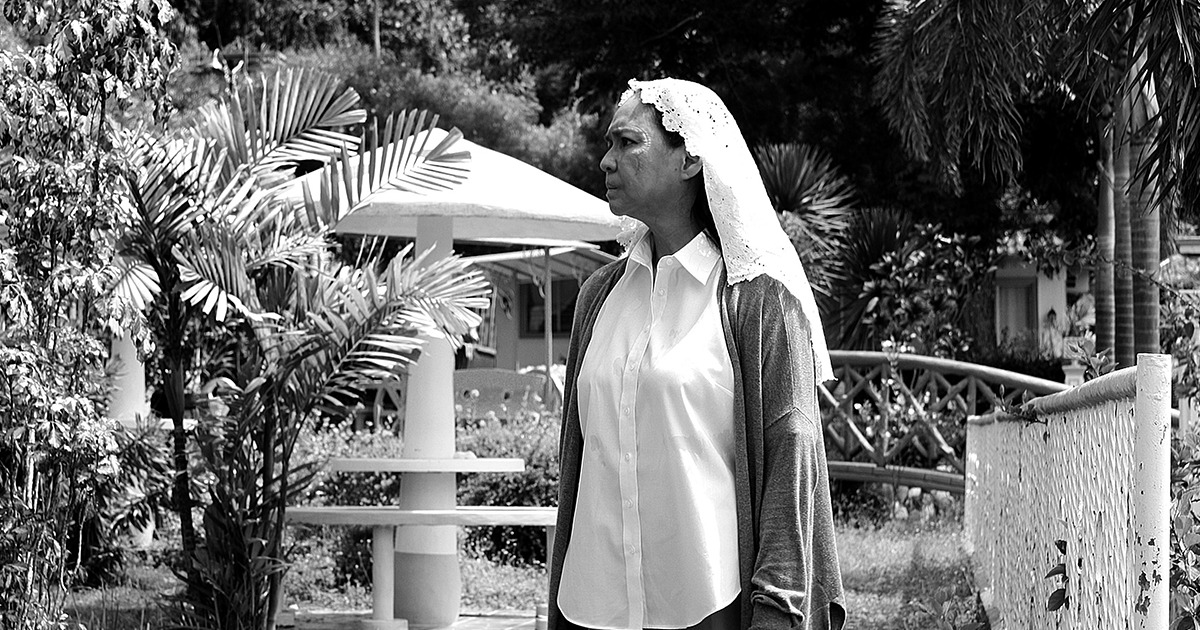 There are few filmmakers more influential to their nation’s cinema than Lav Diaz. Arguably the world’s most well known Filipino auteur, he has become the bed rock for what is the third Golden Age of Philippine Cinema and a master filmmaker whose impact is felt across the globe. A master of what is known to most as “slow cinema,” Diaz is best known for epic, quietly profound pictures that near double digit hours in their length, and has been a festival darling throughout the world.

And his latest may be one of his most interesting works yet.

Entitled The Woman Who Left, Diaz returns with a story that’s a touch less political than one would imagine coming from the auteur. Instead, Diaz introduces the viewer to Horacia Somorostro, a former teacher who has just seen her release from prison after spending 30 years locked up for a crime we learn she truly did not commit. Framed by a fellow inmate named Petra who herself was paid by Horacia’s ex-boyfriend to do so, Horacia spends the next nearly four hours caught in a never ending limbo between forgiveness and revenge. Told in Diaz’s patented long, static takes, The Woman Who Left is a devastating, profound and moving portrait of a woman in crisis trying to keep her head above water as she comes to grips with the world she left and the one she’s entering back into.

Drawing inspiration from a short story from author Leo Tolstoy entitled God Sees The Truth, But Waits, one can surmise the type of film that will follow. Despite being based somewhat off of a short story, the film does run just shy of four hours, and while it doesn’t necessarily “feel” like its gawdy length, the story is rightly epic in scope. Taking a turn away from the historic and political allegory that would mark the majority of his career, Diaz instead makes a narrative that’s a pinch more universal. We watch as our lead befriends a local, epileptic drag performer named Hollanda (played by the brilliant John Lloyd Cruz) and even aids a local homeless person named Nameng, all while contemplating whether or not to enact revenge upon those who hurt her. And it’s not as though the world she’s returning to is one she finds worth living within entirely. Her husband has since died and Minerva, her daughter, has left for a new town, which itself is better than her son who has ostensibly gone off the grid in Manila.

What sounds superficially as almost Diaz’s attempt at modern miserablist cinema, instead sees him at his most beautifully empathetic. The beauty of Diaz’s long, static takes is that they allow the viewer to become truly invested in their plight, and the performers enough space to embed each moment with deep humanity. The story itself may sound like it doesn’t quite fit the lengthy runtime, but the viewer becomes startlingly intimate with the film’s lead character, and the battle between wanting to start a new life and yet never quite being able to shake the injustice done upon you previously is a universal struggle. There’s a simplicity to the directorial choices here (that is until a gasp-causing break in style near the film’s conclusion) that is at once utterly striking and yet is so empathetic in its voice that each frame is both gorgeous and unfathomably moving.

Told in striking black and white, the photography here is also worthy of note. While much of the film is told in dark interiors, there are almost blinding exteriors that envelope the screen in a bright white glow, playing on Diaz’s use of light and dark throughout the picture. The contrast here is heavy, with the use of grey playing greater importance as the film progresses, playing into the picture’s central theme while subsequently giving it an almost dream-like feel. The direction plays like a neo-realist picture, or at least the type of realist cinema we see come out of the “slow cinema” movement, yet the photography is so heightened that it plays like a film remembered. To see Diaz toy with a genre like the “revenge thriller” genre in this manner is deeply exciting and makes this film quite the important work.

It also helps that the performances here are exemplary. The lead character is played by Charo Santos-Concio, marking her return to the big screen after roughly 20 years. An actress-turned-media executive at ABS-CBN, the Philippines’ largest entertainment company, Santos-Concio is absolutely brilliant here, taking the film’s great narrative weight upon her shoulders and crafting a human and humane performance. The performance feels lived in and deeply assured, which can be said equally for the highlight of the supporting cast, which comes in the form of Cruz’s turn as the transgender Hollanda. Their relationship is nuanced and as difficult as it is moving, with the quiet moments they share often packing this strongest punch.

That all being said, this is Diaz’s show. Watching as a master filmmaker of Diaz’s breed toys with genre, The Woman Who Left draws its inspiration from not only Russian literature but American film noir as well, and not just in title. Clearly influenced by noir narratives from generations before, Woman sees Diaz flip this often punchy genre on its head, instead showing the minutia of the lives that these characters lead. While the run time may be daunting, this moving and engrossing meditation on revenge and forgiveness is one of the year’s best films and an important change in pace for a director whose importance may never be properly judged. 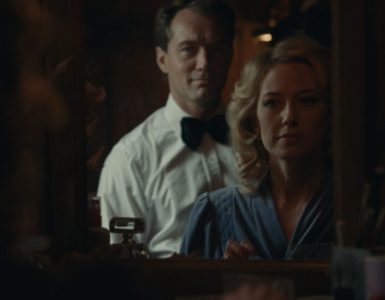 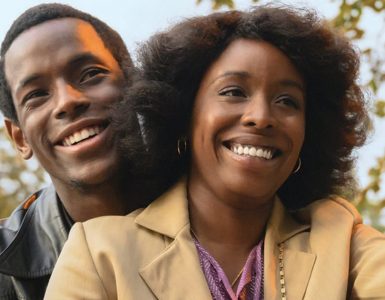 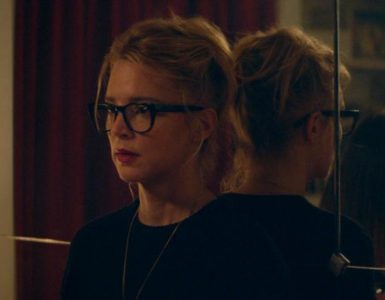 The latest from director Justine Triet is a darkly comic psychodrama that's as gorgeously made as it is strangely captivating.