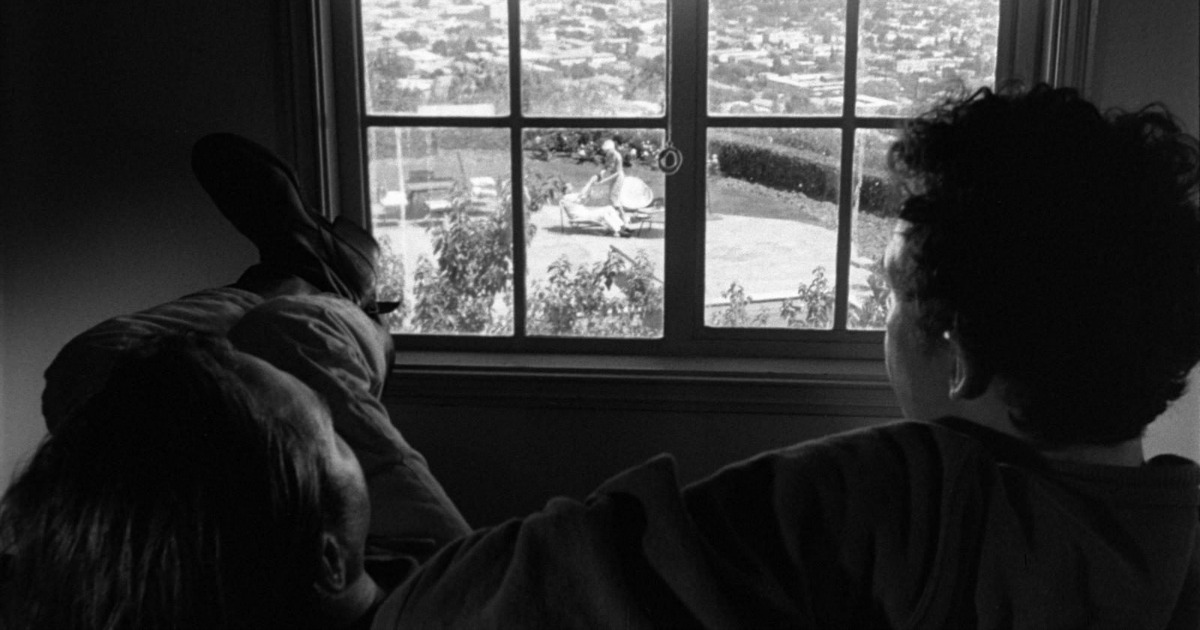 The story of one or more drifters terrorizing any and all that come across their path is a narrative that’s become something of a cliche in the world of thriller/horror cinema. However, something that is entirely and in many ways iconic in its singularity is the on-screen presence of legendary character actor Warren Oates.

The subject of a new retrospective in New York, Oates’ career began in the late 50s doing regional theater in Louisville, after a run in the US Marines. Moving into TV acting and ultimately the world of TV Westerns, Oates’ career was full of various guest roles on some of TV’s greatest series, only to meet his cinematic soul mate, Sam Peckinpah, while working on one of those very shows, The Rifleman. However, his first big screen starring role came in the intense, creepy and deeply unsettling lo-fi thriller, Private Property.

Itself the subject of reappraisal, Property is part of the above mentioned retrospective, and is the debut feature from director Leslie Stevens. Falling into the sociopath drifter subgenre that’s made its home in thriller and horror cinema since the halfway mark of the 1900s, Property tells the story of Duke (Corey Allen) and Boots (Oates), a pair of ne’er-do-wells who accost a man at a small gas station, only to use him and his car to tail and beautiful blonde they catch a glance of. Taking shelter in the empty house next door to the Hitchcock blonde, the two men proceed to peep on her, slowly make contact and ultimately bring terror to her in a genuinely unsettling final act of home invasion. The director’s own wife, Kate Manx, takes on the role of Ann Carlyle and rounds out a superb cast that help elevate this grease-slathered genre picture into something closer resembling B-cinema art.

As part of this new Oates retrospective, he’s arguably the film’s biggest takeaway. Seemingly second fiddle to Allen’s Duke, Oates’ Boots is a brute of a man, quiet in his physicality but absolutely present in every moment. Introduced with a button down shirt open freely, utterly disheveled in every way, Oates’ character and his cohort are polar opposites of the gorgeous and almost antiseptically clean woman they begin to stalk, with their interpersonal interactions hinting at even their own differences. Boots is, again, a quiet scoundrel, always being talked down to by Duke, but with all the muscle Duke never seems to have an interest in showing. Duke is more unhinged, but has a cunning nature, with both playing off one another like a perfectly oiled, monstrous, machine. Their relationship is also one that hints at more violence between themselves, with repressed homosexuality seeming to play out as one of the film’s central themes. Manx is also really quite great here, with her performance taking on much more weight than your typical damsel in distress. The final act is troubling, to say the least, and while the violence may seem manipulative, it wouldn’t work nearly as well if we didn’t have some sort of emotional connection to this lovely lady.

Aesthetically, Private Property is a minor masterpiece. Coming in a new restoration from Cinelicious Pics, Stevens’ film gets some stunning photography from Ted McCord, turning what could be a film dragged down by its small setting, into something of a faux-German Expressionist experiment. Heavy use of shadow abounds here, particularly in sequences like a short dinner scene near the front quarter of the picture, and the various scenes of the two scumbags stealing glances of the woman in various stages of undress out by her lavish pool. It’s a thriller played in a minor key narratively, giving us nothing but two real locations, only to find the inkiness of the shadows throughout these buildings and the terror that haunts them.

Long impossible to see, Private Property has as troubled a history as the narrative we see unfold. Manx would go on to commit suicide just a couple of years following this film, and with a release that would deny gaining an MPAA rating, it became a long lost genre gem that would only show up in the smallest of rep houses. However, thanks to Cinelicious Pics, this nasty piece of mid-century genre cinema is not only back on the big screen but back with a superb restoration that really highlights the haunting black and white photography and Stevens’ bravura direction. A gnarly, must see picture, Private Property is.

The film is screening in NY from July 1-7 at The Film Society of Lincoln Center as part of the ongoing Warren Oates retrospective.