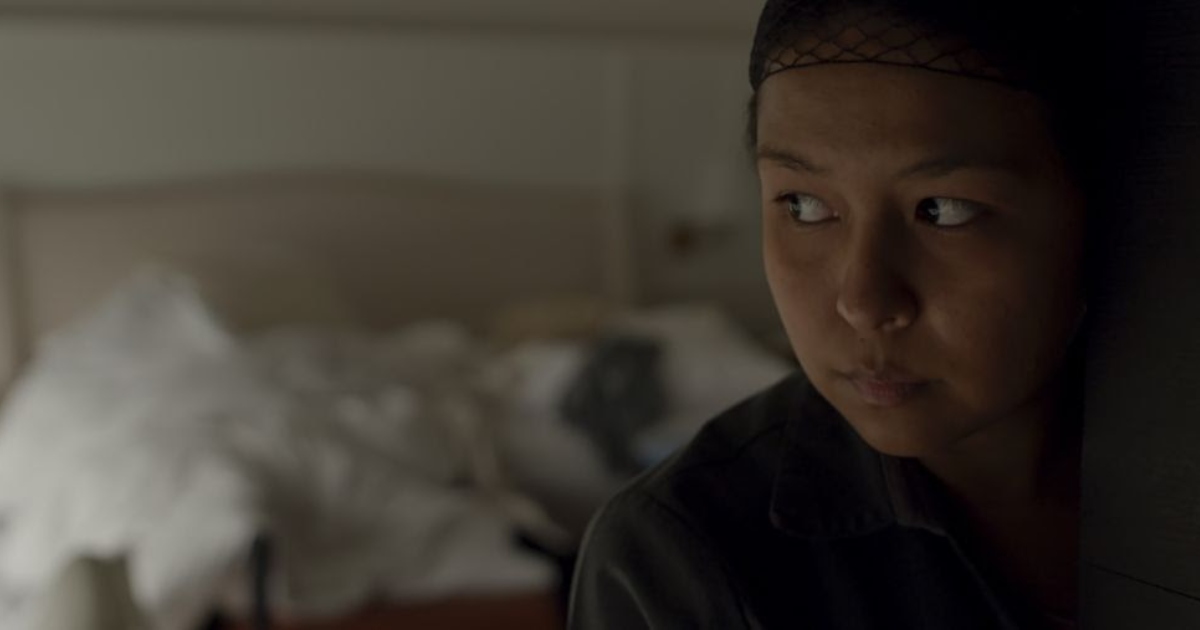 It’s not every day that a filmmaker’s debut feature becomes a global award-winning darling.

Winner of awards at the San Francisco, Morelia and Marrakech Film Festivals as well as winning Best First Feature at the 61st Ariel Awards (one of its nine nominations), director Lila Aviles’ debut The Chambermaid is finally in theaters and thankfully it more than lives up to the critical hype.

A subtle and tender rumination on class in Mexico City, The Chambermaid introduces viewers to Eve, a down on her luck chambermaid working in a posh Mexico City hotels. A mother trying to make ends meet, Eve’s life is full of long shifts and trying to elevate her station by taking on extra responsibility after taking a promotion and even venturing to the realm of adult education, taking classes with the hopes of pushing herself up the ranks at her place of work. Plaintively told through lengthy scenes that embed the viewer into a world of explicit class dynamics, The Chambermaid is a poignant and enveloping character study about a woman on the brink of a breakthrough in a world that only hopes to break her down.

Speaking of its win at June’s Ariel Awards, the film can be contextualized opposite the show’s biggest winner, Alfonso Cuaron’s overrated Roma. A similar tale about a maid and her relationship to the world around her, where Cuaron’s film feels incredibly maudlin and manipulative, Aviles’ film is quite the opposite. A loving and humane film, there’s no grandstanding, with Cuaron’s tourist-like journey through blue-collar strife being replaced with a prescient portrait of the struggle one faces when raising yourself up the class ranks feels utterly impossible. Sure, the film doesn’t have impressive black and white photography or a Netflix machine behind it, but what it does have is a purity of vision and an intimacy that is rare even in the greatest of socio-political fiction.

A veteran of the stage, Aviles proves to be a superlative film director as well. Clearly interested in performance, her frame is static and often incredibly intimate, allowing her cast to breathe life into each and every scene. Actress Gabriela Cartol is an absolute revelation here, giving a performance that’s at times quite and others oozing a type of bravery rarely seen. Particularly near the film’s conclusion, there’s a scene involving her and a window washer that starts as potentially uncomfortable but by the end becomes one of the more rare explorations of sexual agency that one will see in all of 2019. Shot ostensibly in one location, the film has a startling economy both of language and of vision, having an uncanny ability to give Eve a life seemingly beyond the walls of the hotel without ever once stepping literally beyond them. It’s a product of both an assured performer and a nuanced director, and stands as one of the more accomplished works of world cinema this year.

Shot by DP Carlos Rossini, the film’s also simply gorgeous to look at. Muted but not to a fault, the film has an unassuming aesthetic that both hints at Eve’s oppressive life on the bottom rungs of society and also the monotonous work that she does day in and day out. When the film breaks from this palate it’s in service of character, be it the aforementioned window washer flirting sequence or a moment in which Eve must take care of a patron’s child. It’s a tender and sun-soaked sequence with the large windows and natural light doing away with the clinical and muddy photography that makes the majority of the film. This type of understanding of character is rare in modern cinema, and with each new sequence, there’s a similar type of image to truly take one’s breath away. A rare achievement, this film.