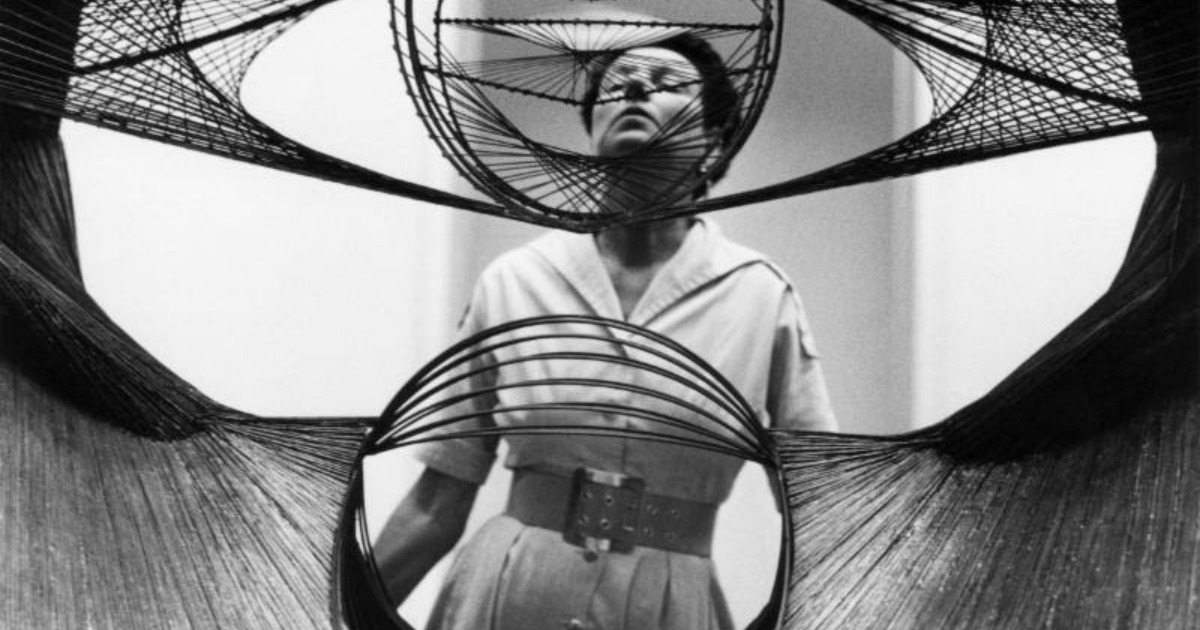 What single person could, when a documentary about their life is made, see as wide a net cast for interview subjects as to include names like art dealer Larry Gagosian and actor Robert De Niro? This person would undoubtedly be at the height of their respective field, and a voice in that field whose repercussions are still being felt to this day. And thankfully, folllowing up her personal 2011 film, Diana Vreeland: The Eye Has To Travel, director Lisa Immordino Vreeland has found that subject for her newest feature.

Entitled Peggy Guggenheim: Art Addict, Vreeland tells the tale of the titular art world icon. A child of wealthy immigrant parents, Guggenheim (yes, part of that Guggenheim lineage) inherited a great fortune from her family, only to use it in part to help her float through the greatest artistic movements of the twentieth century. Close friends with and critical champion of legendary artists like Jackson Pollock and Marcel Duchamp, Guggenheim would go on to create one of the world’s most important art collections.

Vreeland’s film is, when it is at its best, a manifestation of all that was Peggy Guggenheim. Eccentric and vital, Art Addict is crafted as a typical biographical documentary, but as we watch Guggenheim globe trot making waves in both the high society ranks of places like Paris and London but also using her artistic eye to see movements as they are about to break, the film really comes to life. From the description of her time spent seducing artists in Paris to the collection of “Degenerate Art” made during a second stint in Paris that flew in the face of a Nazi party on the verge of destroying all the art they could, Guggenheim was at the very heart of iconic art moments and movements, just as they were breaking. She founded the Art Of This Century Gallery in New York and helped fund much of Jackson Pollock’s work, all while giving many of the art world’s greatest voices their first exhibitions.

Aesthetically, the film is rather beautiful. While yes, it does play visually as a typical biographical documentary, there is something within its roughly 90 minute runtime that makes it play as something half as long. Be it the occasional digression into the rather rowdy life Guggenheim led personally or the cartoonishly high ranking art names that are featured as talking heads here, Vreeland’s direction is superb and really allows the colorful life that Guggenheim led and the even more vibrant men and women who would come in and out of that life to really thrive. The archival footage and materials are really intriguing, and the pace with which we jump from moment to moment within the life of Guggenheim allows the film to never hit a muddy patch pace-wise.

With more and more documentarians opting to go more and more experimental routes aesthetically, Peggy Guggenheim: Art Addict shows that if a subject is inherently entrancing, even films that adhere to a more standard aesthetic can somehow feel more vital and engaging than their counterparts. Expertly made, this raucous look into a raucous life is a charming and quite thrilling meditation on one of art’s most important curators.