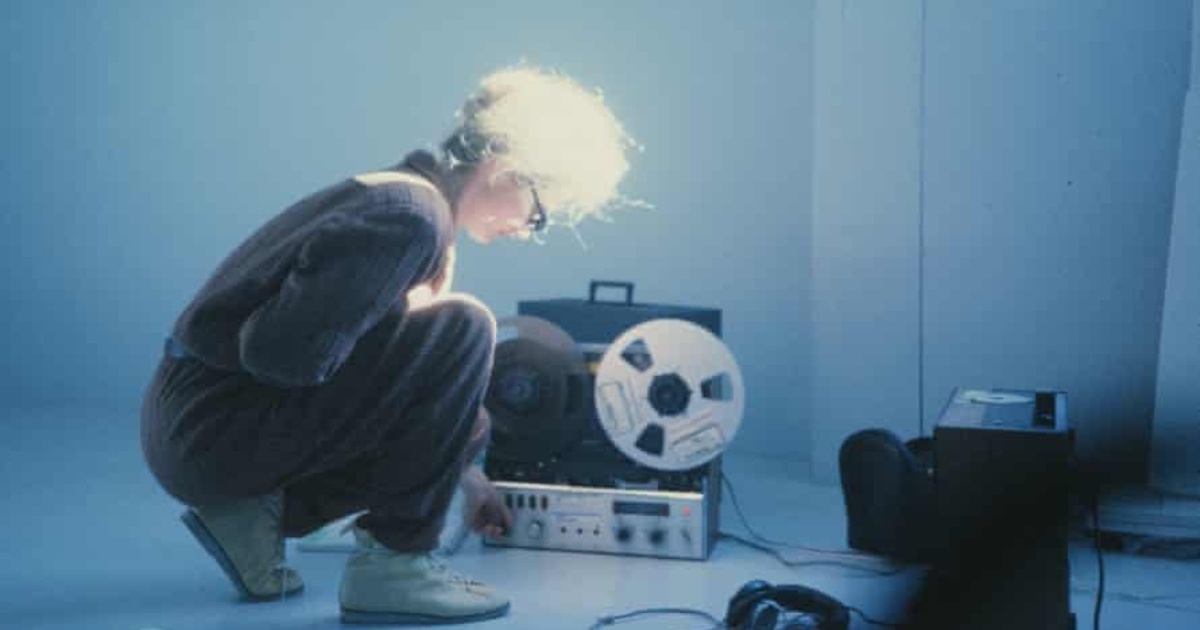 For the vast majority of recorded history, that very history was penned by and about the men that lived through and impacted it. However, as culture is more and more recontextualized around other groups of people, new and new layers are being formed.

Take the history of electronic music, for example. Like most musical genres, the vast majority of widely-known names both of the past and the present are male. However, as is proven in a film like Sisters With Transistors, that genre’s history is built less on the backs of men than those of women.

Directed by Lisa Rovner, Sisters With Transistors is an incredible, almost hallucinatory recontextualizing of electronica, this time around numerous women who were jettisoned out of the classical or popular musical realms and made to experiment with the ever changing landscape of technology. Blending archival footage and interviews with new interviews featuring modern artists like Kim Gordon, Sisters is a thrilling, endlessly entertaining deep dive into the forgotten history of an increasingly important strain of musical expression.

What makes Rovner’s film isn’t just the routinely gobsmacking scholarship at its heart, but also the director’s incredible ability to manifest, in her filmmaking, the same experimental energy found in the music she focuses on. Typically fodder for filmmakers to simply dump Wikipedia pages on viewers, Rovner’s film is startlingly original, expertly using archival footage as less an information dump and more a portrait of revolution that feels strangely timeless. Sound and image mesh throughout this film in a way that feels thrillingly cinematic, a dream-like recounting of the lives and works of some of modern music’s most important foremothers. It also helps that the film is narrated by one of their descendants, Laurie Anderson. Anderson’s narration is entrancing, and perfectly in step with a film that’s less interested in the mechanical and more the almost spiritually experiential.

The scope of the film is also delightfully wide. Numerous names pop up here, all getting their proper time in the spotlight. Most well-known will likely be Delia Derbyshire, who herself has been the focus of a separate film that debuted at this year’s Sundance Film Festival. Where that film lacked the Doctor Who theme co-creator’s verve and ceaseless experimentation, this feels like little less than a proper extension of the work Derbyshire did throughout her career. Strangely haunting and yet endlessly captivating, Sisters sees these incredible women as nothing less than genuine inspiration. But it’s not all “well-known” names. Music nerds will thrill at the sight of creators like Clara Rockmore, the legendary Theremin performer who, after being relegated to the world of science-fiction B-cinema, helped define an entire genre of fiction. Bebe Barron would follow with the first fully electronic film score for 1956’s Forbidden Planet, a moment that feels rightly triumphant here. The film crescendos with the work of Suzanne Ciani, who in 1981 scored The Incredible Shrinking Woman, the first major Hollywood picture to be scored by a woman.

Sisters With Transistors is less a film attempting to introduce viewers to talented musical legends. No, instead what Rovner’s incredible documentary has done is attempted to shatter an entire canon built on the back of a patriarchal society hellbent on wiping women out of the history books. Rovner’s film is an enchanting, dream-like breaking down of electronic music history and restructuring of it around the women who truly built the genre up, brick by brick, transistor by transistor. It’s also one of 2021’s very best films.