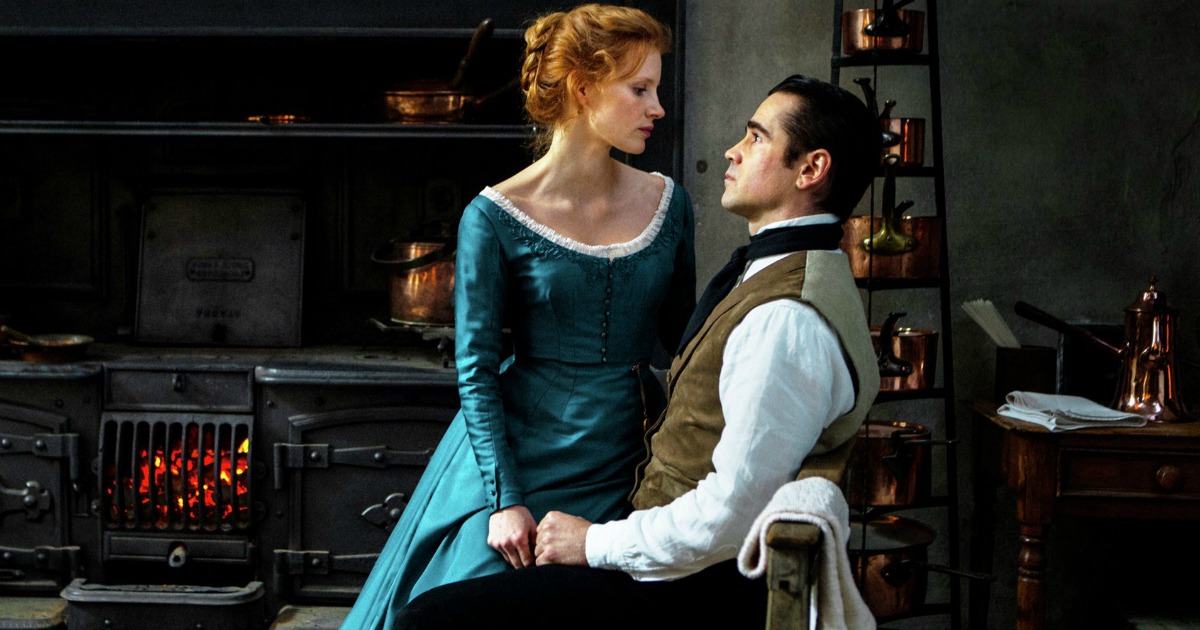 It isn’t every day that a director decides that, after over a decade away from the director’s chair, it’s time for a return to filmmaking. And even more rare when the project that gets him or her out of director purgatory is one of the most beloved, and adapted, pieces of fiction in history. But then again, not everyone is Liv Ullmann. Best known as Bergman’s muse, the actress turned filmmaker is back after 14 years away from directing, taking on a behemoth piece of writing.  A naturalistic piece of classic literature, Strindberg’s play Miss Julie was first adapted by Anna Hofman-Uddgren and co-writer Gustaf Uddgren, and has since been sent to Broadway, put on the small screen and even had a handful of other film adaptations with directors Alf Sjoberg and even Mike Figgis taking this piece as inspiration for a feature length film. Now it’s Ullmann’s turn.

The beloved thespian-turned filmmaker is back with her latest work, an adaptation of this play, and brings along a cast including the threesome of Jessica Chastain, Colin Farrell and Samantha Morton with her. Debuting at this year’s Toronto International Film Festival, this film finds Chastain as the titular Miss Julie, a melancholy daughter to a Count who sets her eyes on her father’s valet, Jean (Farrell). Despite Jean being in a rather serious relationship with Christine (Morton), the house’s cook, Julie eleveates her flirtatious passes exponentially until things take a decidedly dark and dramatic turn. Written and directed by Ullmann, this is an often times melodic and occasionally pitch black meditation on human lust, lust for both body and power.

Above all else, the performances here are bewilderingly top notch. Chastain, an actress whose greatness we occasionally take for granted (even in a dreadful film like Interstellar she gives a towering performance), is at the very height of her powers here. Taking a character that could be seen as nothing more than a vehicle for this straight forward look at lust, Chastain injects palpable vulnerability and heart directly into the soul of this woman, a lonely woman in dire need of some sort of real human connection. It’s a haunting and in many ways uncompromising performance, but it is one that is supremely dense and finds Chastain at her most unhinged and most human and open. Farrell is solid here as the man receiving her affection, and their relationship is one that propels the film forward. Their interchanges are well choreographed and the way the performances bounce off one another feels very much rooted in theater performing, which plays well with the quiet aesthetic of the film. Rounding out the picture is Morton who is the third heartbreaking character the film introduces us to, and while she’s the third wheel here she is most certainly given her time to shine.

And yet it’s Ullmann’s direction that ultimately shines brightest. Austere and subdued, Ullmann’s direction isn’t flashy, instead opting for an aesthetic that is absolutely inspired by the theater. With gorgeous photography from Mikhail Krichman, Ullmann subjects the viewer to a film that is both icy cold and deliciously claustrophobic, a film that is rooted heavily in the Bergman-esque cinema that she became best known for starring in on screen. Dark and often unsettling to watch, Miss Julie’s greatest attribute is its ability to give these performances the time to truly shine, while never giving the viewer the space to find safety in. It’s a raw and uncompromising feature film, and the frigid aesthetic is absolutely to praise, or blame if it’s not your cup of tea, for that fact. The use of focus here is entrancing, and the cinematic flourishes come in Ullmann’s use of the set design and the almost percussive blue hues that come from the cinematography. It’s a film, aesthetically, to be bathed in. It’s truly a gorgeous piece of work.

Despite being a narrative that we’ve seen countless times in countless forms of human artistic expression (even one right here in The Criterion Collection), this is a story given new life by a creative team fully immersed in this piece of work. Almost too frigid for its own good aesthetically, and teetering on being a tad too melodramatic for most viewers, Ullmann’s hand is an assured one, and the performances she gathers out of her A-list trio are some of their best. A touch too long in the tooth, Miss Julie is a solid drama that will hopefully not get lost in this, the prestige film season, a season where this is just yet another great drama in constant onslaught of them.