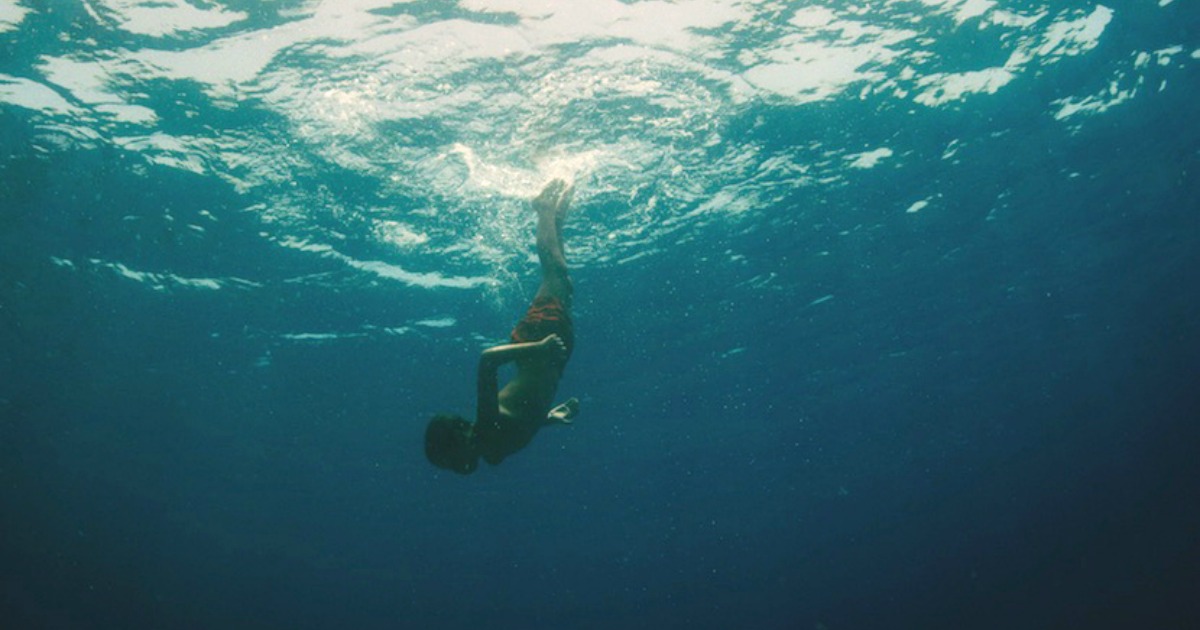 As we slowly near the end of the year, more and more films are not only vying for the attention of critics and awards voters alike, but even the smallest of pictures are hoping to find some sort of foothold with audiences, no matter how niche the group may actually be. That’s exactly the case for director Lucile Hadzihalilovic and her newest and arguably best film, Evolution.

Despite having IFC and their side brand IFC Midnight behind their release both in theaters and eventually on VOD (likely where this film will garner it’s widest audience), Evolution is an absolutely superb drama but one that is so singular it verges on the mysteriously esoteric. The film tells the story of Nicolas (Max Brebant), who lives in a seaside village whose only inhabitants are pre-teen boys and adult women. However, their modest lives are upended when a young boy washes up dead on their shores with a red starfish attached to his stomach. Hadzihalilovic’s film plays as otherworldly science-fiction as much as it does a straight-forward drama, with little explanation given to even the smallest of details. Are these women the mothers of these boys? Where are the men they presumably one day grow up into? Evolution is a bizarre experiment in tone and imagery that finds little interest in narrative cogency or at least giving the viewer any real insight into what for all intents and purposes is an entirely alien world.

Her first feature film since 2004’s Innocence, Lucille Hadzihalilovic returns with a vastly weider, and vastly more aesthetically experimental picture. Told primarily through static shots that would have one screaming neo-realism, the film’s muted color palette and surrealist tableaus turn the proceedings into something that feels ripped out of folklore from another planet. There are frames here that seem almost primordial in their conceit, be it an image of the village’s women bathing or a startling and weirdly erotic sequence of them eating urchins. Manuel Dacosse is the film’s cinematographer, and offers up a film that’s admittedly cold, but also crisply shot and evocative of the science-fiction leanings that the film carries. It’s utterly gorgeous, particularly a sequence that seems to be a ritual we witness near the film’s final act, and feels almost like a film from Terrence Malick’s early period, just boiled down to its purest essence. Painterly in every sense of the word, Evolution is a breath of fresh air in the world of genre cinema, and as ambiguous as it is beautiful, it’s a profoundly moving piece of art cinema.

Performances here are great, but seem to admittedly take a back seat to its aesthetics. While the wide frame tableaus make up some of the film’s more striking images, a majority of the film is told through close-ups, thus making the performances incredibly physical. Very little is given narratively and dialogue is particularly sparse, but the performances across the board are entrancing. Max Brebant as Nicolas is a particularly strong one, a nuanced and tender performance from a young actor far beyond his years. Roxane Duran and Julie-Marie Parmentier are also strong as two of the women among this community, particularly the latter who gives a shockingly moving performance as Nicolas’ mother. Again, the film is more of a tonal piece, almost a fairy tale, and in that lies an aggressively weird, surreal and oddly ethereal drama.

A film as interested in its seemingly strange coming of age tale as it is its dense conversations on gender and biology, Evolution is something that needs to be seen to be believed. Hopefully we won’t wait another decade-plus for director Hadzihalilovic to return to the big screen.