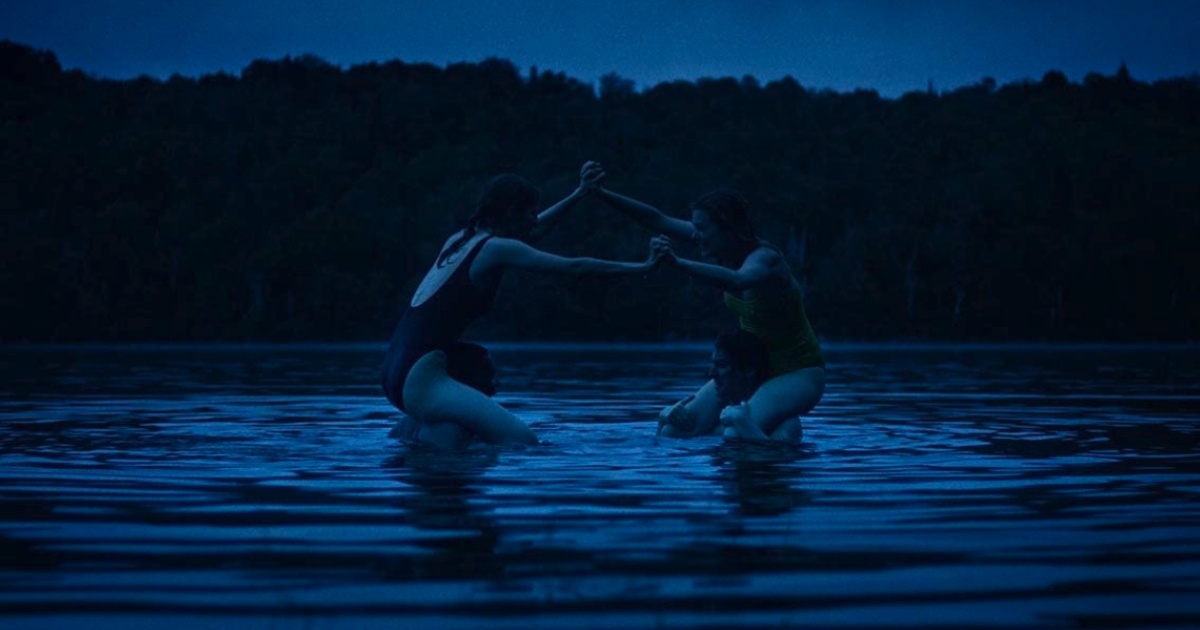 “Auteur” has, since its inception, become something of a loaded term. Long gone are the days where the “auteur” was a filmmaker with such distinct and singular style that they were largely considered to be “the author” of the film, instead now becoming a term meant more as a qualitative one than anything scholarly or art-focused. However, every now and then a creator comes along, jumping behind the pen and the camera (maybe even in front of the latter in some cases), making original, wholly singular works completely on their own. One such filmmaker is Madeline Sims-Fewer.

Marking her and directing partner Dusty Manicelli’s debut feature film, Violation also sees Sims-Fewer behind the project’s screenplay as co-writer and even in front of the camera, starring here as Miriam. A film of betrayal and trauma, this revenge thriller of sorts tells the story of Miriam, a woman caught in the midst of a terribly droll and loveless marriage, a marriage seemingly on the verge of complete and utter collapse. After a momentary lapse in anything resembling adult judgement involving Miriam kissing her sister Greta’s (Anna Maguire) seemingly pleasant husband Dylan (Jesse LaVercombe), things turn drastically south. Trust is perverted, with Dylan taking advantage of Miriam despite her coming clean with him about the poor decision she made in kissing him, with the film revolving around the damage, violence and trauma left in that action’s wake.

However, what makes Violation ultimately quite fascinating, is its rather intriguing structure. Before viewers become privy to the act of heinous sexual violence done onto Miriam by Dylan, they watch as Miriam attempts to garner some semblance of revenge and retribution. Shot in unsettling close ups and with long, languid, almost voyeuristic takes, Sims-Fewer and Manicelli amp up the tension throughout this cabin-set series of sequences. There’s no veneer. No erect penis is out of frame, no act of violence is “left to the imagination.” No, this is a clinical, almost interrogation-like bit of revenge, with the viewer not entirely sure about their own feelings towards it. They have yet to witness what brought this on, which in and of itself is a strangely thrilling concept, the viewer simply caught in the proverbial crosshairs.

Sims-Fewer is also a true discovery in front of the camera. For all the maturity and nuance she and Manicelli have in the director’s chair, her performance as Miriam is genuinely astounding. It’s a quiet, yet utterly heartbreaking performance, one that feels justified not only in its anger but in its deep well of sadness, despite a slow unraveling of background details. The performance feels lived in and textured, particularly after she gets her revenge, with the response to the act being complete feeling as human as one could imagine in an otherwise arch genre picture. Miriam isn’t in the mold of your typical rape-revenge lead. No, instead this is a performance more fitting of an American independent drama, a performance that leans into the messiness of revenge and the deep sense of betrayal one feels in the wake of such a traumatic experience. Think of this as Promising Young Woman with all the artiface and Paris Hilton needle drops ripped out of it.

The supporting cast is also quite good. LaVercombe is quite good as Dylan, a performance that needs to be every bit as properly modulated as Sims-Fewer’s in order to make their interactions have real emotional weight and texture behind them. He’s more caught in the character tropes of the genre, but that’s not so much a complaint, particularly when the real experimentation and narrative subversion comes less from the characterization than it does the core structure of the picture. Less successful are Maguire’s Greta and Obi Abili’s Caleb, the latter of which feels almost non-existent, to the point where the character’s distance from our lead feels less emotionally moving than it does disposable. Maguire and Sims-Fewer are quite good together, particularly near the film’s conclusion when their relationship takes a sour turn. It’s a harrowing scene that feels as assaultive emotionally as anything viewers just finished watching does physically.

Wanting to rip the rape revenge genre of any assumed “sexiness,” Violation is a mature, deeply unsettling rumination on one woman’s trauma and her response to it, and the boundaries and broken circles of trust that women must navigate every day. It’s truly a one of a kind picture.