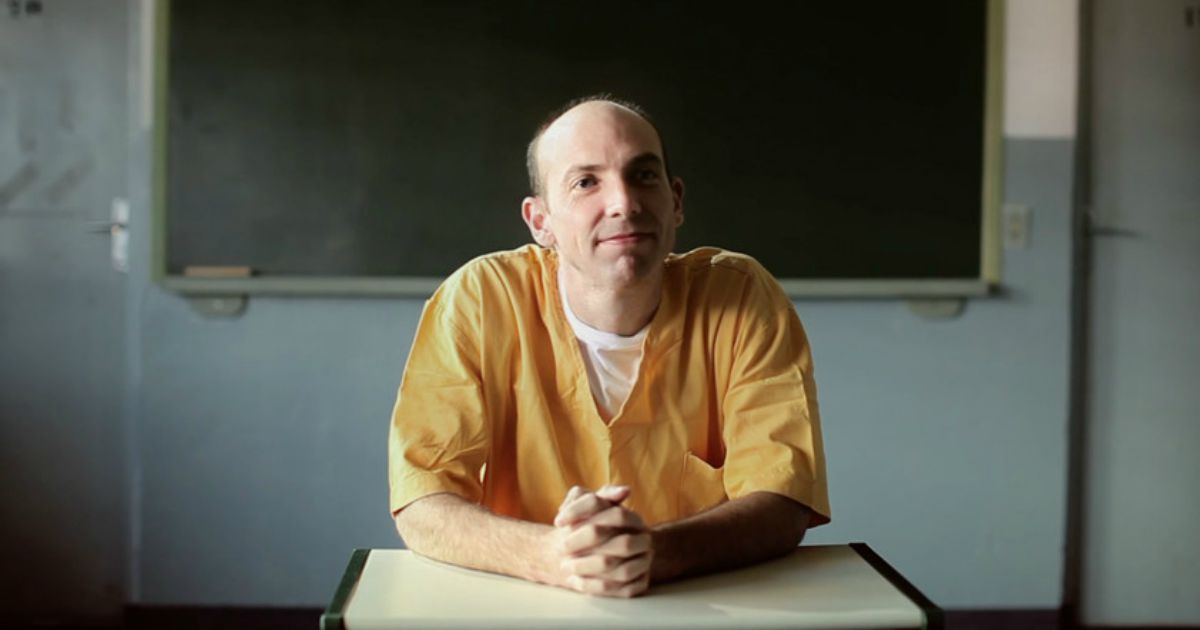 Documentary cinema is in the middle of an evolutionary moment. Filmmakers are beginning to experiment not only with style, but with structure and story, making it both one of the most exciting moments in non-fiction cinema history and also one of the most boundary pushing. Be it the blend of fact with fiction or the sensory-focused aesthetic and story structure that seems to be the newest trend, documentary film is a world that has been routinely giving cinephiles some of the most exciting work.

And it’s no different with the first film from distribution label Cinema Slate, I Touched All Your Stuff.

From directors Maria Buhler and Matias Mariani comes this story of a man by the name of Chris Kirk, a former Michigander who turned drug smuggler in a story that you wouldn’t believe if he told it to you. Doing exactly that, however, the two directors structure their film around an interview with Kirk, who has landed in a Brazilian jail as the result of his journey from the Midwest to South America.

Kirk’s story goes a little something like this. After leaving a relatively stable job in Olympia, Washington, this IT technician met a mysterious woman only to fall in love with her, as did apparently a cavalcade of other men across the globe. The film itself begins by telling the origin of his trip to Bogota, Colombia, the place that launched this relationship. He became enamored with a story about hippos owned by one Pablo Escobar, so he left what he felt was a dead end job in hopes of ostensibly finding a calling in South America. However, what he found instead is a woman known as “V,” which would be a relationship that ultimately led him to prison, where he’d in turn meet Buhler and Mariani, who originally were working on a film simply about inmates at Kirk’s prison.

As is revealed in the film, Kirk is a well versed wannabe con-artist, who had an apartment full of books about the art and thrill of the con, which is fitting, as much like Welles’ F For Fake, this film’s use of an unreliable narrator is partly why it works so very well. After meeting Buhler and Mariani, Kirk gave the filmmakers the right to retrieve a hard-drive that stored photos and videos that ostensibly told this story. Or at least a story. The beauty in the film’s experimental nature is that instead of it being something aesthetic, these two are toying with documentary narrative. Where documentary cinema is, at its core, an attempt to get at truths about true people, ideas, etc, this picture relishes the fact that it is nothing more than heresay. Despite a cavalcade of photos and videos, no real narrative can be confirmed, with Kirk’s own narrative seeming to make little cognitive sense.

Aesthetically, the film is serviceable. The photography here is rich and quite pretty, but there isn’t much in the way of any real directorial flourish, as it relies heavily on the interview with Kirk and any source footage that seems to fit into the story arch. This is a film about the narrative and in many ways about storytelling itself. With the reveal of Kirk’s interest in con artists not coming until ostensibly the film’s final act, the entire narrative feels like an absurd fever dream of a man who got caught in a world he had no knowledge of, for a woman he was obsessed about. Like the last words spoken from the lead in a film noir, after getting caught in a web woven by a femme fatale.