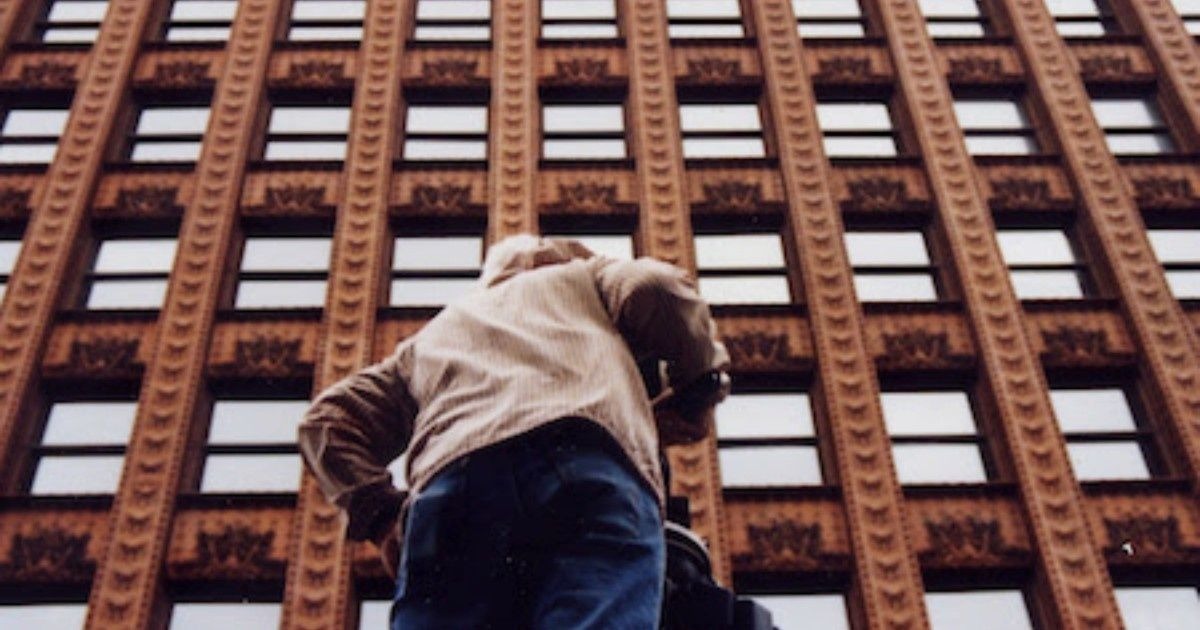 To many people, the history of skyscrapers in these United States and particularly the work done by architect Louis Sullivan may not seem like fodder for much more than your run of the mill educational short. You know, the type that you’d watch in middle school during an art history class that has a stock jazz score and a narrator too excited about the material for his own good. However, in the hands of legendary documentarian Manfried Kirchheimer, Tall: The American Skyscraper And Louis Sullivan goes from charming historical document into a legitimate piece of experimental non-fiction cinema.

Now finally arriving in theaters after its production in 2006, Kirchheimer’s documentary introduces the viewer to architect Louis Sullivan, one of the true giants of the medium. A mentor to one Frank Lloyd Wright, Sullivan and rival Daniel Burnham are the central focus of this film, itself a groundbreaking meditation on both one man’s world changing work and also the importance of the skyscraper in urban life. As much about Sullivan and Burnham as it is the cities of Chicago and New York, Tall is narrated by Dylan Baker, who waxes poetic about these behemoth buildings and the equally bombastic passion that went into the crafting of them.

That’s actually a perfect word one could use to describe Kirchheimer’s film as well. Despite having the structure of your standard educational documentary, Tall is an incredibly thrilling motion picture. Narratively, Kirchheimer builds the main crux of the film around Sullivan’s drive to forever change the world of architecture. Opposite the aforementioned Daniel Burnham, Sullivan strived to summate the American Spirit as he saw it within his work. Through different visions and from different influences, Sullivan and Burnham would push one another, along with their work and the medium itself, forward through buildings ranging from Chicago’s Stock Exchange Building and New York’s Flatiron Building.

But truthfully, the real achievement here is what Kirchheimer is able to do with this material aesthetically. Shot in 4:3, the film’s boxy photography is at once reminiscent of more simplistic works, and yet plays into the overall style of the film wonderfully. The shots of the central architecture are singular and genuinely awe-inspiring, giving a somewhat science-fiction feel to the proceedings. Almost feeling like an alternate history piece, Tall is an otherworldly film that blends archival materials with “new” footage, pairing it with a score that ultimately turns the picture into a proto-musical of the urban landscape and its history. Opening with a black and white shot of a unicorn outside of a building, Kirchheimer sets the viewer on edge, not sure of what to expect for the following 80 or so minutes of the film, and refuses to let them ever truly get their sea legs. There is admittedly a lull near the middle of the film that seems to lean a bit too much on the nuts and bolts of the narrative, but there is a kinetic energy to the film that feels closer to experimental cinema than that of classical documentary. Montages here feel closer to an experimental short like Ballet Mechanique, at least in the image and its relationship to sound and score, and the shots of the actual architecture are unlike anything you’ve ever seen. An absolute discovery, this film.