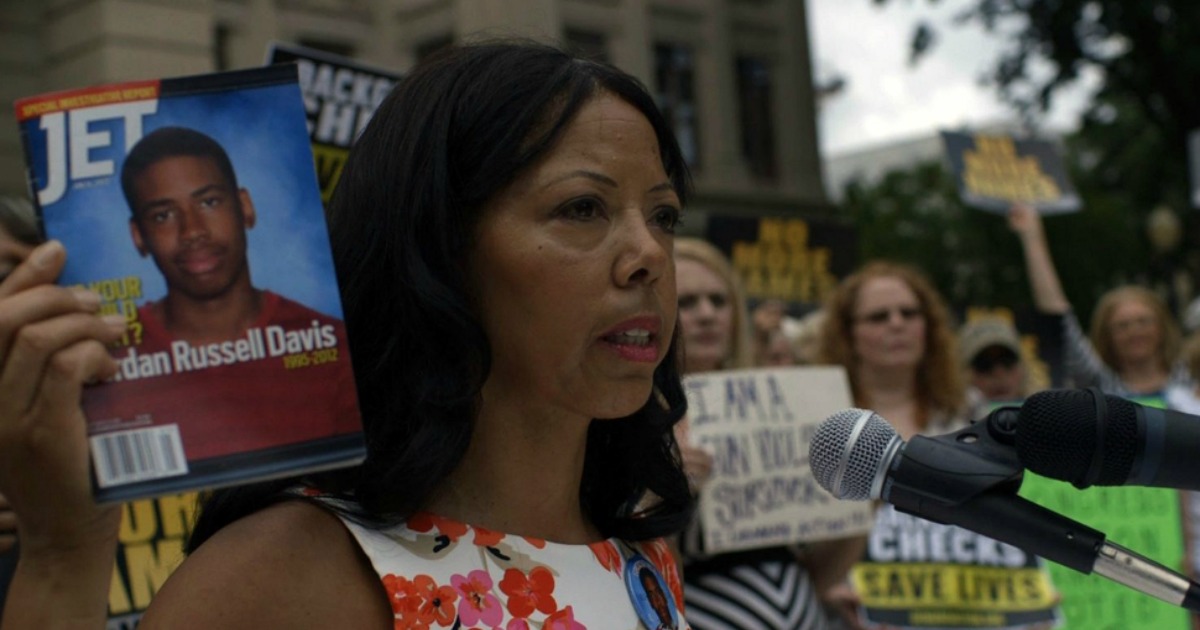 The United States of America is a nation built around guns. A nation bred out of revolution that’s had to snuff out a revolution all its own, we cherish the ability to have a mode of protection for the ones closest to us. However, as we watch headline after headline hit our newspapers about the impact of our deep seeded connection to our weapons, it’s an issue that must be discussed, must be vetted and must be debated. Or else we will never seen an end to the outbursts of violence like the one chronicled in a new documentary from Marc Silver.

Entitled 3 ½ Minutes, 10 Bullets, the film looks at one of the many recent shooting deaths of black youths, this time at a Florida gas station. Jordan Davis, along with a handful of friends, encountered an older man named Michael Dunn who, after asking the teens to turn their music down, felt threatened after they scoffed at his request. Grabbing the gun in his glove box, Dunn then took Davis’ life as he fired at their vehicle. Following the subsequent court case while also looking at Davis’ parents as they cope with the repercussions of these tragic events, Silver’s film is a superbly crafted documentary that looks squarely the legal system and its own battle with the “Stand Your Ground” self-defense law and the racism at that law’s very core.

Marc Silver, best known for his documentary Who Is Dayani Cristal?, is at the top of his game here. Instead of taking the normal issue documentary route where the film carries a single sided point of view and has enough talking head interviews to fill a Ken Burns mini-series, he allows the debate that raged inside the courtroom, a debate about race, violence and our relationship to them, to fill up this film. It’s a discussion that is far more nuanced than news outlets would have you think, and with footage of actual testimony from this case taking up the majority of the film (as well as small interview segments with those available) Silver doesn’t ultimately give the film a polarizing point of view. Subtle, human and breathlessly humane, the film is gorgeously quiet and allows for as much breathing room as possible, especially when it tries to paint the narrative in the many ways described by those who testified.

Ultimately a timely and bewilderingly important look at the justice system and one of the most controversial laws in our nation, 3 ½ Minutes, 10 Bullets is a stunning and objective piece of documentary filmmaking. Director Marc Silver gives us a film that is not afraid to face the facts head on, getting at troubling truths about race and race relations in this nation all by simply pointing a camera at the men and women caught in a violent outburst. A film any viewer will never be able to truly shake, this is a startling document of a country on the absolute brink. Do not miss this film. Hopefully this will make bigger rounds than that of a simple arthouse run.