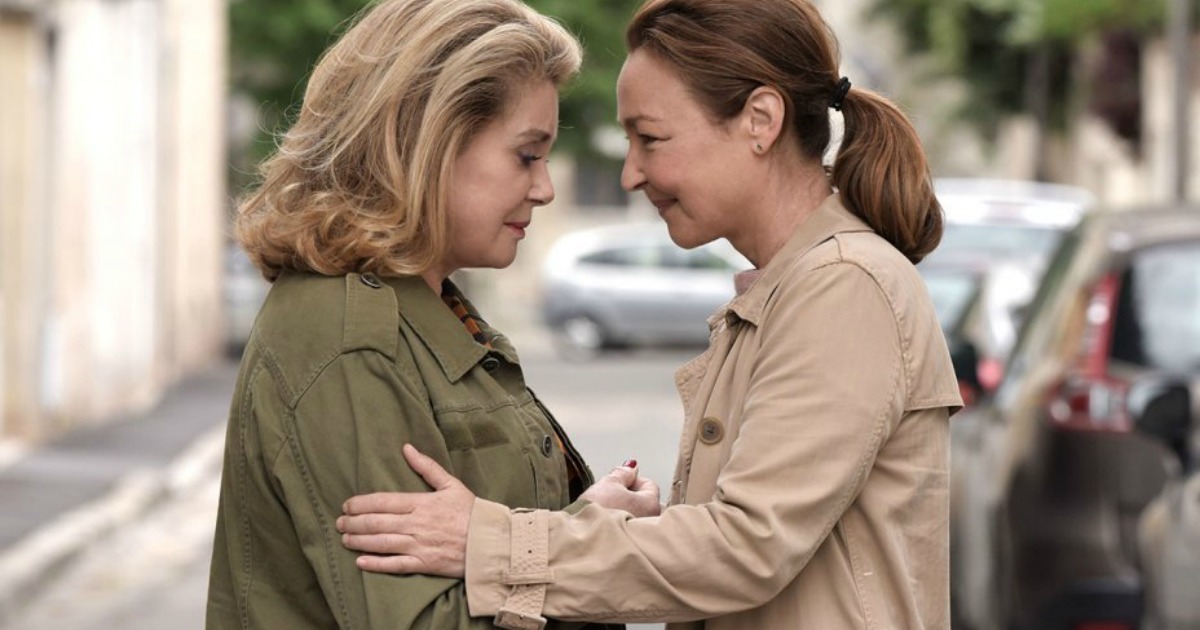 What makes a truly great film? Is it a superlative stylist behind the camera? Maybe a top shelf screenplay? Or is it the skill with which the performers in front of the camera invite the viewer into the narrative? Well, when dealing with the likes of Catherine Deneuve, it’s hard for a viewer to find anything other than utter captivation in each and every line reading, no matter the source material.

Just take a look at the iconic French actress’ latest film, The Midwife. From writer/director Martin Provost, The Midwife finds Deneuve taking a supporting role in the story of Claire (Catherine Frot), a midwife and single mother on the verge of a truly life changing moment. As her son makes his way through college, Claire is facing a changing job landscape at her birthing clinic and the large hospital looking to steal her away as well as a woman from her past looking to make amends. That woman is Beatrice (Deneuve), a mistress to Claire’s late father, and while they seem entirely at odds in the most classic way, Beatrice’s free-spirited approach to life and Claire’s clear-eyed realist outlook begin to rub off on one another.

At once almost unwatchably stuffy, The Midwife is also a quietly nuanced look at grief and loneliness, a film that takes a towering performance from Deneuve and use it to its advantage. See, The Midwife is utterly unremarkable. Provost’s screenplay hits all the cliched beats one would expect from this type of motion picture, and his direction is little more than “workmanlike.” The photography is quite great, with some of the outdoor sequences (particularly one that finds the camera soaked in green foliage) bringing real life to the proceedings, and yet use of space and the characters relationship to it isn’t quite as exciting. There are a series of birthing sequences that are utterly captivating in their quiet realism, and while the film doesn’t break from the mold with which it was crafted in, a sensitivity can be felt throughout the film that’s quite rare.

However, what’s even more rare is a performance like the one Catherine Deneueve gives. On the surface sounding like the type of muscular role that allows actors to swing for the fences, Denueve embraces the prototypical “aged free spirit,” instead offering up something much more lived in. Embracing the slyly melodramatic quality of the picture, her performance is only a pinch heightened, not so much Sirkian as it is something a pinch closer to reality. The character arc isn’t quite groundbreaking, yet there’s a vulnerability to the performance and subsequently the character that turns this supporting performance into the real emotional crux of the picture. That being said, lead performer Frot is also quite great. A pinch more like the Sirkian leads of the director’s best melodramas, Claire’s arc is also one that’s rooted heavily in the narrative tropes on which it draws, but never falls victim to them. There’s a truth that permeates her turn, a lived in quality that only makes the turns her character makes all the more potent. Be it romantic or career-based, change is on the docket here, and there’s a real vitality to the story’s flow that comes squarely from the two actresses at the forefront.

Despite being found routinely in conversations about all-time great actresses, Catherine Deneuve is one rarely seen as of late here stateside. However, as seen with any number of her award-nominated performances, there are few actresses more exciting to see on screen than the French icon. One of the truly great performers of her time, Catherine Deneuve helps turn The Midwife into a must see picture instead of simply a light and thin melodrama.