For many, the name Mathieu Amalric (if it brings to light anything at all) will spark images of him as a thespian with enough range to go from a film like The Diving Bell And The Butterfly to the lead villain role in a blockbuster like the James Bond film, Quantum Of Solace. However, few realize that he’s not only a beloved actor in front of the camera.

An award winning filmmaker in his own right, Amalric has taken to the world of erotic thrillers for his latest film, an icy cold chiller entitled The Blue Room. This non-linear narrative tells the story of two married people in the midst of a torrid love affair all their own. Julien (Amalric) and Esther (Stephanie Cleau) are introduced to us during one of their afternoons together, without any insight into their time spent prior to their triste starting. Over the next, briskly paced 75 minutes, we are given insight not as to where these two fell for one another, or how, instead the reminants of their lives after something seedy and apparently law breaking occured. Told in a rather entrancing non-linear structure of flashbacks interspersed with gingerly moving forward action, this lushly crafted film is ultimately a compelling, but bewilderingly slight meditation not on modern romance, but the dangers of romance when not found on the same level between partners.

With its rather short runtime, the film is a truly engaging watch. Aesthetically, Amalric is at the top of his game. A rather smaller affair from his earlier work, The Blue Room is ostensibly a chamber drama, a filmed stage play that features some of the years most startling and evocative photography. Simply composed, Amalric’s hand is noticeable, but never heavy handed, turning what could be a relatively simple piece of craft into a neo-noir that is as interested in the central love affair as it is the way each interaction builds it. Voyeuristic in the most erotic of ways, the film is as focused the various shots of the human body as it is the way they mesh together in various ways, and Amalric’s frame, built on static shot after static shot shot in the Academy Ratio, is a truly gorgeous and occasionally thought provoking one.

Too bad, thanks to the performances, the thoughts provoked don’t linger like the director’s camera. Both Amalric and Cleau’s performances are fine, and their chemistry has a sense of realism to it (the are, after all, married in real life), but the film never truly gains any dramatic traction. All launched from Julien’s half-realized response to Esther’s question of “could you spend your whole life with me,” the film only touches the surface of its central drama, and ultimately its core themes. The film’s shining star is Lea Drucker in the role of Julien’s wife, Delphine, who gets at the absolute center of the character’s latent jealousy, making her interactions with her husband all the more compelling and tense. These interactions gradually gain more and more drama, and with a narrative adapted from a Georges Simenon novel, the film really has an uncanny ability to build tension despite its experimental structure.

Never shining a judgmental light upon these characters, Amalric’s take on this beloved Simenon novel is a compelling erotic thriller that never quite lives up to either of those descriptors. Far too glossy and plaintive to garner any sort of seedy tension, The Blue Room is undoubtedly a gorgeous piece of craftsmanship that simply needed more room to breathe. Well worth a ticket purchase, Amalric changes up his style for this chiller, a film that will leave you second guessing yourself the next time you pay less than full attention to a partner’s question, no matter how seemingly little it truly is. 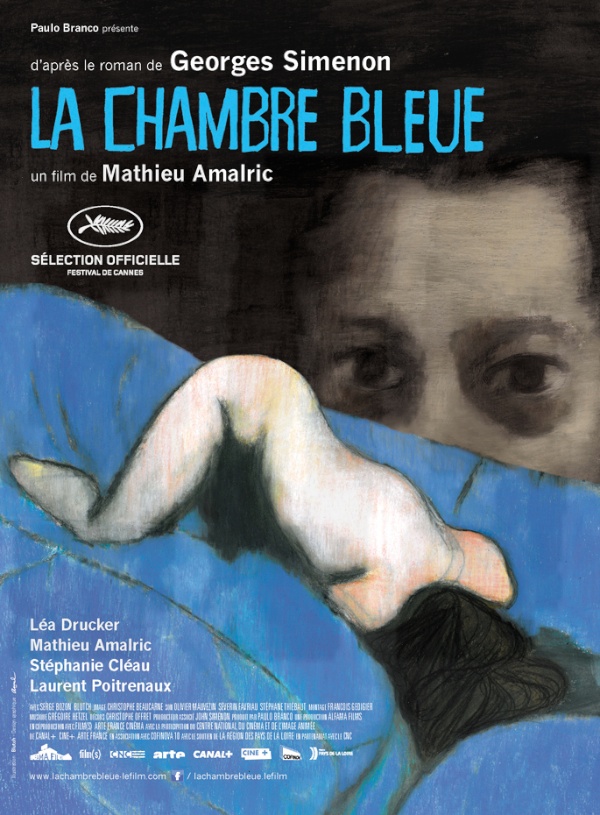