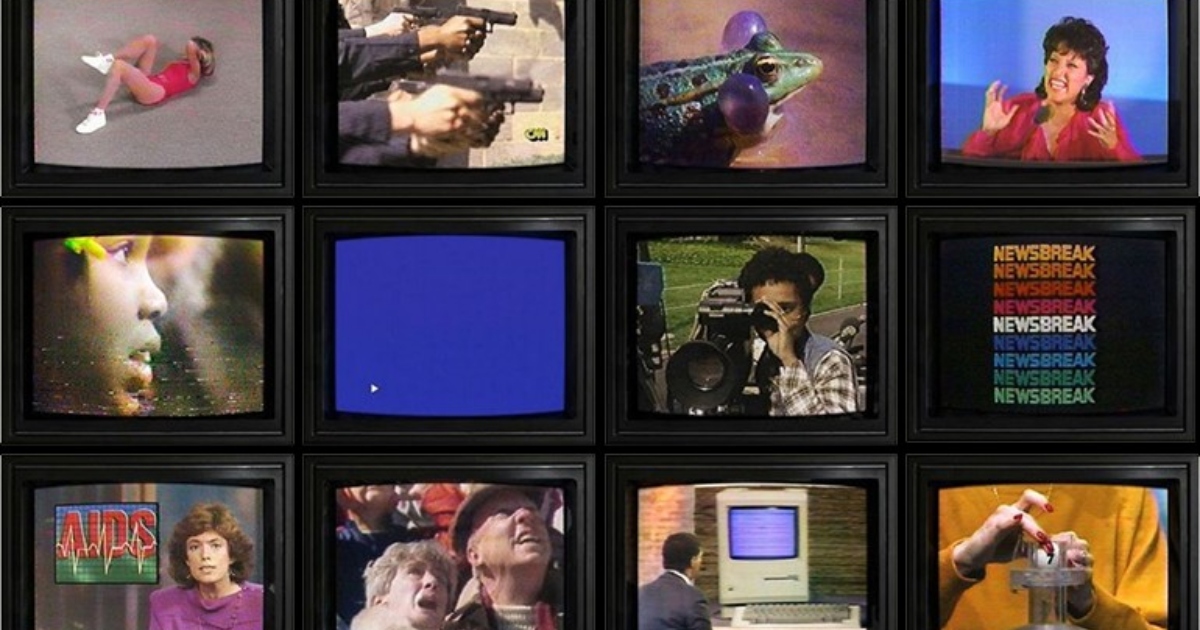 Seemingly every day any website with the hopes of getting some clicks begins work on a piece riffing on some variation of the idea that we, in the year of our lord 2019, relate to media in a different way that, say, just a decade ago. Be it the increase in streaming and focus on digital media, or the ever evolving way we view physical media at home or in the cinema, man’s relationship to art, specifically filmed art, is indeed in a moment of tenuous evolution. However, most pieces of that actual artwork combat this question in a way your run of the mill hit factory website would.

Then there’s Recorder: The Marion Stokes Project. Released by Zeitgeist Films and Kino Lorber, and directed by Teenage director Matt Wolf, Recorder tells the story of Marion Stokes, a woman whose life is truly the stuff of fiction. An African-American, leftist revolutionary, the Marion Stokes story starts off strangely simple. Your run of the mill librarian turned Communist activist, Stokes became a figure within the broader community in Philadelphia after launching a cable talk show. However, that’s about where the “simple” ends here in this conversation. After a failed marriage and even a stint on an FBI watchlist, Stokes began drawing inward, even becoming estranged from those closest to her emotionally.

And then came the first home video recorder. A pivotal moment in this story, Stokes’ life would forever change when, during the events of the Iran hostage crisis, she began recording television to tapes. By her death in 2012, Stokes would collect well over 70,000 tapes that stand as one of the greatest collections of modern history that you’ll ever see. Live tape from networks like CNN, literally the broader story of human history over nearly the last half century can be found within these tapes, with the most striking moments being those of sudden shifts in global stories.

At the very best, Recorder is a handsomely crafted, expertly textured rumination on a life not just of a spirited activist, but of a sociological archivist. The most striking moment of Recorder is easily the film’s Mike Figgis-like recollection of the moments right before September 11, 2001. Set up as four squares on the screen, viewers watch as four different networks break the news, live, about the towers being attacked. It plays as a horror film in real time, with each viewer being perfectly aware not just of what’s to come in each subsequent quadrant, but of the exact moment that this terrorist attack happened both literally and more abstractly. What is for a majority a relatively classical biographical documentary about a woman whose life was truly one of a kind, it’s in these moments of broader abstraction that Wolf’s Recorder becomes truly special.

And it’s not just the moments of worldwide news that Stokes recorded, and it’s also not the sole focus of this new documentary. While the broader conversation about Stokes’ use of recording as her final form of real activism is fascinating and holds much of the film’s narrative weight, those curious in the more culturally anthropological side of this won’t be forgotten. Stokes’ collection includes a treasure trove of infomercials, soap operas and your run of the mill talk show, all painting a portrait of life over nearly forty years that is endlessly compelling to engage with on numerous levels.

Recorder: The Marion Stokes Story could have become a film about a woman who spent the last decades of her life aimlessly watching television and recording footage similar to that of a person collecting papers or animals. Easily spinnable into a tale about a hoarder, what makes Recorder so utterly compelling and beautifully textured is the absolute compassion and sympathy that director Matt Wolf has for his subject, and his equally nuanced understanding about what the act of recording in an age of increasing digitization and reliance on digital means truly meant for Stokes. A thrilling portrait of a woman collecting the history of the world as she lived through it through the very media we all engaged with, this is a powerful and truly important documentary feature.