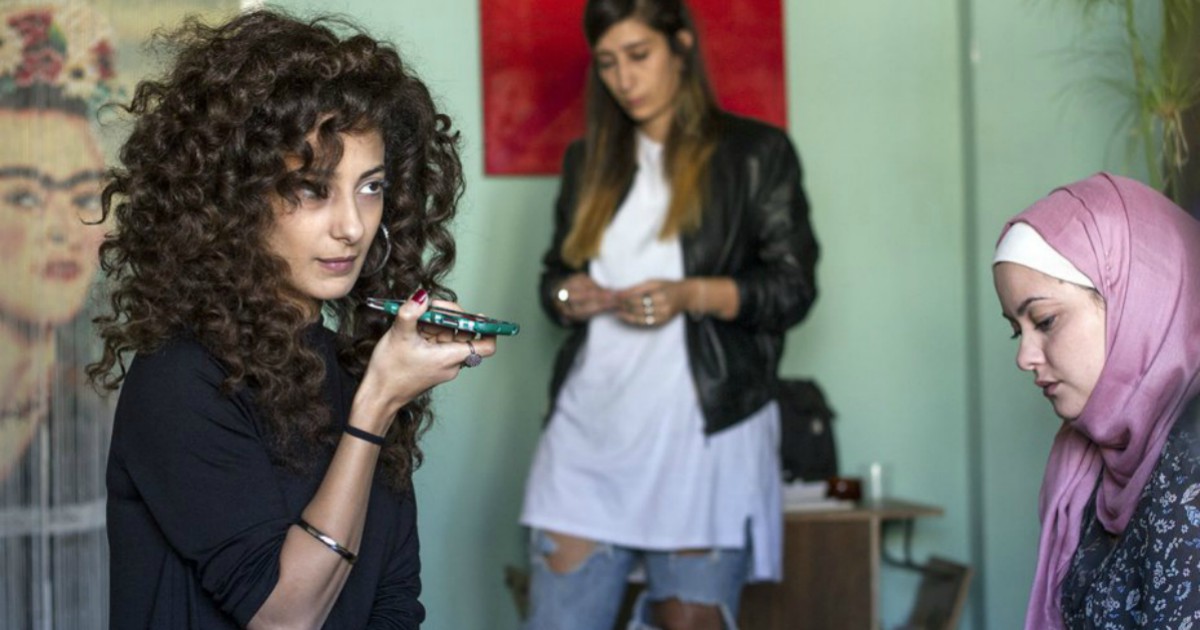 Well here we are, the first release weekend of the new year. The dumping ground for everything from studio horror cast offs like the latest in the Insidious franchise to art films continuing to make the rounds as they make their way to a hopeful Oscar nomination of some sort, this is one of the year’s more interesting portions of the calendar. Sure, for every ditched genre film you get an expanding prestige picture, but you also get the chance to see some genuinely interesting, if less buzzed about, independent films from around the world.

For example, there are films like In Between. Following a fruitful run on the 2017 film festival circuit, director Maysaloun Hamoud’s feature film directing debut begins its theatrical run in New York via Film Movement, and is a superbly made and emotionally resonant look at three young women caught in the middle of traditionalism and modernity in Tel Aviv. The film introduces us to Laila, a lawyer with a penchant for hitting the clubs with extra verve, who shares an apartment with up and coming DJ Salma and the new addition Nur, the conservative of the bunch. Each of these women, in their own way, are facing weighty, cultural challenges that find them stuck in the proverbial “in between” that is the space separating true cultural modernization and traditionalism.

Much of this comes in the form of romantic entanglements. Laila, for example, is in a relationship with a seemingly modern Muslim bloke who undermines that through a level of acceptance related to more conservative values. This is similar but less extreme than the relationship Nur has found herself in. Despite being the more conservative member of this trio, Nur is engaged to be married to an equally traditional man who finds the partying lifestyle of her roomates to be disturbing. Wanting her to leave the apartment and take up life as his traditionalist wife, Nur’s husband has a specific view as to the role of a woman in society and seeing this challenged leads to some startling ends. Finally there’s Salma, a DJ who falls in love for a local woman working as a medical intern. Obviously problematic for her arch conservative family, Salma’s story is rooted in the same narrative duality as the other threads that share this film’s runtime. A film of cultural specificity and yet universal human truths, In Between is a minor piece of work and yet one that is both beautifully made and emotionally rich.

This being Hamoud’s debut feature as a director, one could easily expect a rudimentary directorial effort, a film of melodramatic emotions and superficial visual decisions. However, Hamoud shows talent beyond his years, breathing a profound sense of intimacy into the film through the use of naturalistic camera work, lived in production design and truly inspired photography from cinematographer Itay Gross. It’s a wonderfully crafted motion picture that truly elevates a narrative that plays like a melodrama just in a minor key, a lower register. Performances are almost uniformly superb, with stars Mouna Hawa, Sana Jammelieh and Shaden Kanboura all turning in captivating performances. Kanboura is maybe the best known of the bunch here, particularly after an equally great turn in the brilliant Sand Storm, but it’s Jammelieh that’s the real revelation. Playing the free spirited Salma, Jammelieh is an actress of stunning depth, a performer with layers that really help breath life into the character and film writ large. It’s a film of resounding emotional richness, and it’s through these three performances that this tender and human film really comes alive.