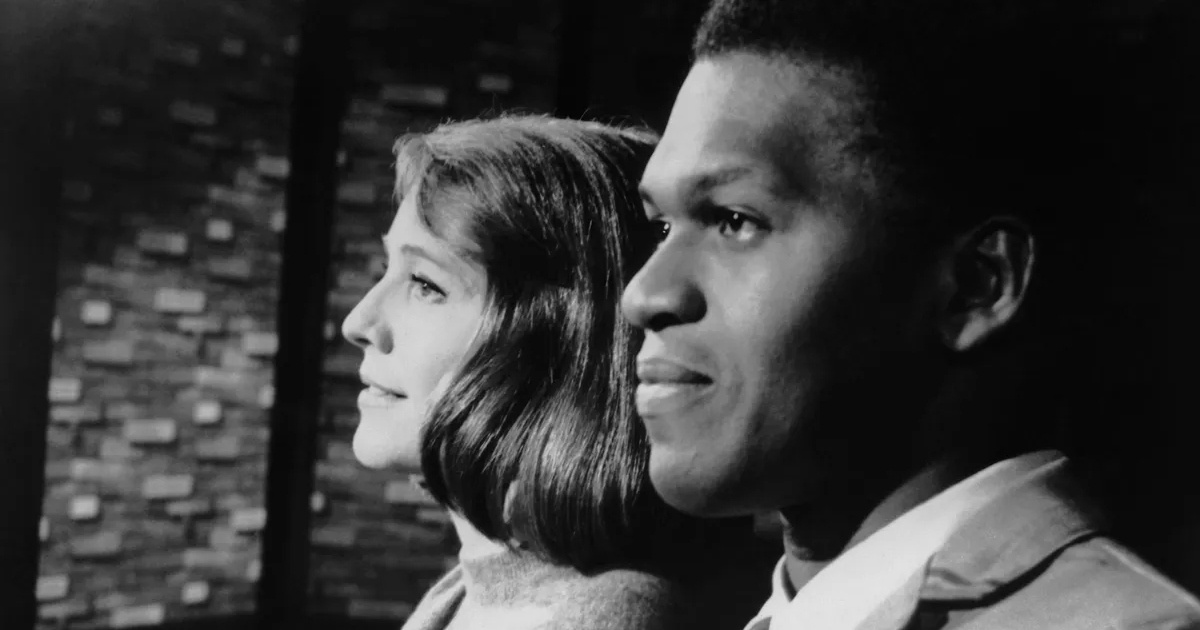 With COVID-19 vaccines starting to roll out in greater and greater numbers, some semblance of normalcy has started returning to everyday life. And this goes for the entertainment world as well. It’s more than likely that your local theater has reopened to some extent, be it completely, with seating restrictions or with other measures set in place to keep everyone safe and sound.

That also means it’s likely that your town’s repertory scene has also begun to come back to life. And just in the nick of time as Janus Films is set to continue their increasingly manic release slate with one of 2021’s great rep discoveries.

Releasing in a glorious new restoration supervised by his son, Mario Van Peebles, legendary filmmaker Melvin Van Peebles’ debut film, The Story Of A Three Day Pass, hits theaters on May 7. Originally released in 1968, this adaptation of his own novel La permission (which he wrote himself in French after leaving for France following a troubled stint in Hollywood) tells the story of Turner (Harry Baird), an African American soldier who is given not just a spiffy new promotion by his (racist) commanding officer, but also granted a three day pass from the base he’s currently stationed at. Deciding to take in the sights and sounds of Paris, he gets more than he bargained for when he encounters the beautiful Miriam (Nicole Berger) and sparks an instant connection with her. Inspired stylistically by the French New Wave cinema of the period, Three Day Pass is a thrilling, subversive deconstruction of racial politics and an engrossing thesis statement from one of American cinema’s great rebel directors.

From the very outset, Three Day Pass announces itself as a confrontational work. Opening on Turner as he prepares himself to meet with his commander, he walks into a bathroom, stares into a mirror and ponders openly “if I’ll get it.” The “it” here is that aforementioned promotion and instead of doing this all as an interior monologue, the subsequent back and forth is done, almost anarchically so, through a camera move wherein his reflection becomes the response to his inquiry. It’s a fascinating bit of craft, but it also makes manifest both aesthetically and narratively a conversation about race and race relations that feels frustratingly timeless. Think of it as a surrealist manifestation of W.E.B. Du Bois’ idea of double-consciousness. From there, this type of first-person direction continues through Turner’s conversation with his commander, which itself is loaded with coded language throughout, leaving the viewer caught in the middle, unable to escape the not-so-thinly-veiled racism at its very core.

It’s this type of energetic filmmaking that makes Three Day Pass less a French New Wave clone than it is something entirely its own. The rich black and white photography from cinematographer Michel Kelber feels rooted heavily in the French films of the period, as do the rich and organic location shots. However, the flights of fancy like the one mentioned in the paragraph above, or an utterly gob smacking double dolly shot that announces Turner’s entrance into a club, are unlike most things found from this point in time. It’s the same type of energy one sees in Van Peebles’ subsequent Watermelon Man and even more so in his masterpiece Sweet Sweetbacks Baadassssss Song, with Van Peebles experimenting not just in shot selection or framing but in his use of music and even editing. While this does feel like a conversation between French and American cinema of the period, it’s decidedly an American work, with blunt conversations about race and gender and the use of muscular direction.

The performances here are also quite solid. With the given three day time limit, the film carries with it a sense of incredible romantic urgency, one that leans itself squarely into the realm of melodrama. When taken in that regard, Baird’s oddly arch, rough performance feels properly modulated. He’s a young man caught in a line of work that could snuff him out at any moment, given three days of freedom. When Berger’s Miriam comes into his world, his entire life shifts, seeing this as maybe his last chance at love the connection is instant and burns like the sun. Berger’s performance is equally as interesting, if slightly more mannered. Their chemistry is tactile and runs hot, and only adds more and more import to the ticking clock-style narrative at the core of the film.

This new 4K restoration was completed by IndieCollect in partnership with The Hollywood Foreign Press Association and consultation by Mario Van Peebles. It’s opening May 7 at Film Forum and Laemmle Noho.