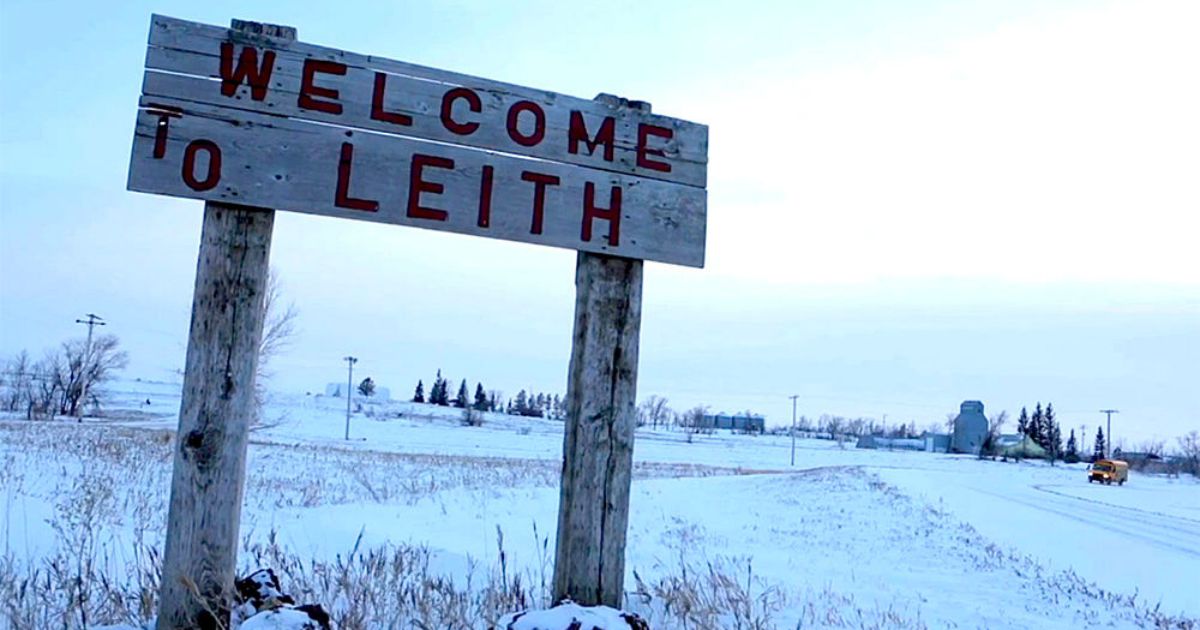 Few things are being more perverted in modern society than the First Amendment. For most people, this right allows us to speak our mind openly and participate in what, ideally, should be an open discourse between adults about everything from religion to the quality of the government leading us. In many ways playing as a sort of check and balance allowing for citizens to have a voice in this discourse between the government and its people, it has become the grounds on which some people spew bile ranging from simple online bullying to full on racism and violent anger.

And it has seemingly hit a tipping point, at least according to a new documentary that is as eye opening as it is thought provoking and deeply frightening.

Entitled Welcome To Leith, directors Michael Beach Nichols and Christopher K. Walker take a direct look at the First Amendment, by taking us to an unassuming part of this country, a place few of us are actually all that familiar with. A state full of ghost towns, Leith sends us deep into the heart of North Dakota, with the setting being the titular home of some 24 residents. Filled with honest, good people who make their living in the realm of farming or ranching, Leith is an area built on history, with lands being passed down for generations. However, their respective world was shattered one day in 2012, when a stranger broke their sense of normalcy.

That man goes by the name of Craig Cobb, and while he seemed like an eccentric outsider, few took notice of him when he showed up in town with a full bank account and an interest in buying property. With some recently shut down oil fields just a hand full of miles north, it seemed relatively safe to assume that his interest was decidedly fiscal. Things, however, couldn’t have been further from the truth. Under the watchful eye of various groups, most notably the Southern Poverty Law Center, it was revealed that his motives were not only much bigger, but far more despicable than even capitalistic exploitation. A notorious white supremacist, Cobb was a volatile man with even more volatile beliefs. With his exploits becoming more widely discussed in the mass media, and more supporters of his despicable plan flocking to his side, the film looks directly into the eye of the First Amendment storm, getting shockingly dense interviews with everyone from residents of the city to Cobb himself.

But what exactly was Cobb’s plan? It’s a rather simple one, one whose simplicity makes it all the more anger-inducing. With such a low population, and numerous lots of land empty, Cobb entered Leith with the goal of purchasing lots and filling them with supporters of his white supremacy movement, making an oasis like home for his monstrous group of backwards thinking scoundrels. Such a simple and clearly evil plan, the film chronicles the story of this tiny village and its battle against the purest form of crystal clear evil we have today.
While it doesn’t have the same experimental spirit as much of modern non-fiction cinema’s greatest features, what this film lacks in new aesthetic ground being broken, it more than makes up for in pure, unfiltered access and thematic clarity. While it’s impossible to come out of this film without feeling one specific way, the film is disturbingly clear eyed in discussing the topic at the film’s core; the First Amendment. Yes, the film looks squarely into the face of modern racism and white supremacy, but it also looks into the eyes of a nation where it is written in the founding text that this is a legally sound possibility. A startlingly nuanced and even handed look directly at the First Amendment and its broad reach in today’s society, the film doesn’t resort to making juvenile statements condemning either side. Instead, the film allows the narrative to unfold as it would, in say, a court of law.

Cobb is an evil man who is as interested in preaching hatred as he is for exploiting a land like Leith, a town recovering from the end of the Dakota oil boom. We, as an audience, don’t need a Michael Moore-like filmmaker taking upon him or herself to tell us this fact. Instead, Welcome To Leith gets people from both sides of this debate to discuss the nuances of First Amendment lawmaking while giving us multiple first hand accounts as to just how diabolical this man and his plan truly were. Shot like a relatively standard documentary, the film doesn’t relie on much resembling directorial authorship. However, the film is decidedly intimate in its storytelling and the access given to the filmmakers here makes the film feel as vital as any documentary we’ve seen this year.

Overall, while Welcome To Leith isn’t much of a directorial achievement, filmmakers Michael Beach Nichols and Christopher K. Walker have made one of the great meditations on evil that we’ve seen in ages. Startlingly clear and level headed, the film is the much needed splash of ice cold water directly into the face of a nation where rights are not only being exploited, but ultimately perverted to fit some of the most evil and disgusting points of view. A true achievement of modern documentary filmmaking, Leith is one of the year’s great films.