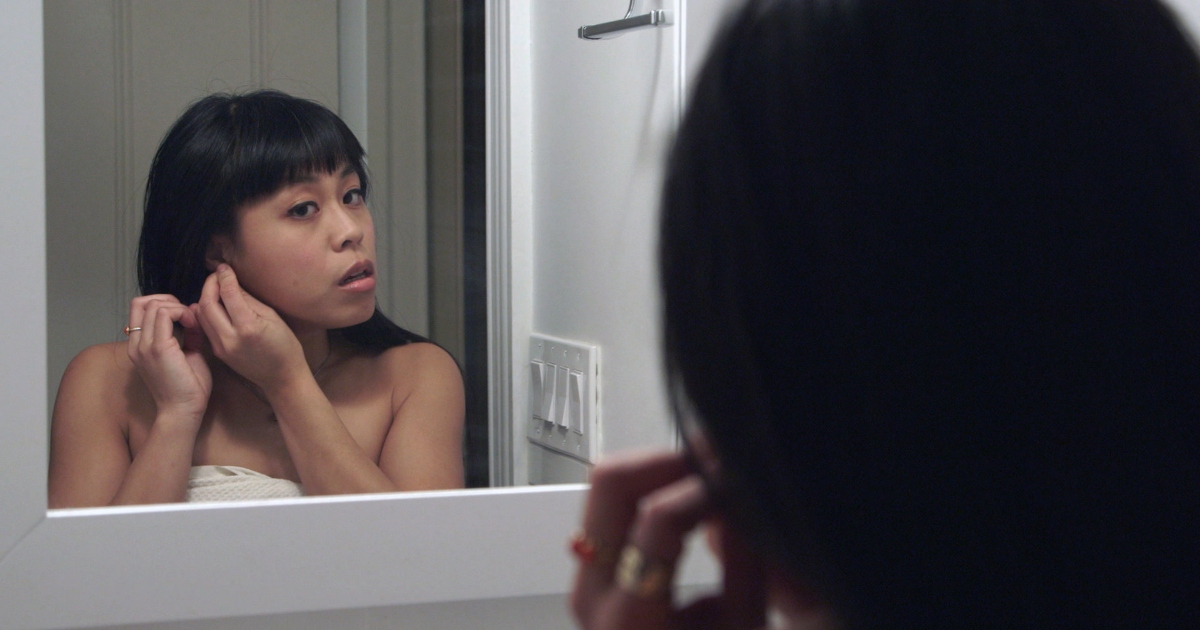 Sure, sometimes you’ll see a theater chain or boutique home video label branch off into the world of proper theatrical production and distribution (Metrograph Films, for example), but what about a website best known for film criticism and scholarship?

That’s the case with Feast of the Epiphany, the premiere picture from Reverse Shot, the filmmaking arm of the legendary film website of the same name.

Directed by RS co-founders Michael Koresky and Jeff Reichart, along with Farihah Zaman, Feast is an entrancing docu-fiction hybrid that plays as one part “mumblecore” dramedy and one part art documentary, with the blending of the two making this one of the more intriguing discoveries of fall 2019.

Feast finds these three filmmakers blurring the lines between fact and fiction, with the intention of telling two ostensibly separate stories. First, the film opens with a sort of prologue, where the filmmakers can be heard as they shoot some form of rehearsal or audition for the subsequent fiction short we’re about to embark upon. When the narrative kicks in, viewers are introduced to Abby (Nikki Calonge), a 20-something living in Brooklyn as she prepares to throw a holiday party for close friends and their loved ones. However, when the guest-of-honor arrives and begins to wax philosophic about not just her life but the world she and her friends live in, the atmosphere shifts from mildly, almost romantically melancholic into something almost metaphysical.

Grief casts an overwhelming shadow across the majority of this sequence, until suddenly the narrative shifts to something more in the vein of proper documentary. Viewers are sent from the blizzard-hit streets of New York City to the quiet grounds of Roxbury Farms in upstate New York and into the arms of the farm’s owner Judy Bolluyt. Initially what feels like an entire shift in reality, this change in reality becomes all the more alluring as instead of being thrust into a world of almost pure melodrama, the film sends viewers into a strangely oblique look into a modest world of production.

What makes Feast such an enticing picture is two-fold. First, the pairing of direction and photography between the two (or three depending on how one views the prologue) sequences are shockingly rich. The trio of directors are at the height of their powers, particularly Zaman whose experience in documentary filmmaking makes the back half of the picture effortlessly veer from the intimate to the transcendent. Koresky and Reichart’s voices seem more influential in the early goings of the film, which when paired with Ashley Connor’s richly modern photography really elevates the picture. Then there are the few narrative tissues that connect the two, particularly the role of food, both in the production and consumption stages, in the human experience. Both halves of the film find food at the center of the connection taking place between the parties involved, and while never mentioning it straight on the hints towards the importance of food within the worlds these characters live within are palpable and alluring.

An experimental work through and through, Feast is a rich, if strangely niche, work that may very well leave many viewers cold. The shift in narrative is admittedly quite jarring, but for viewers willing to engage and unpack the connective tissue between the two (particularly as the lines begin to blur near the final sequence), there is a rich text about the human experience and the types of moments that connect us no matter our specific circumstances.