Everyone can relate to the idea of music, be it an album, a song, or the catalog of a respective band, touching one’s life. People often remember vividly the moment they first heard their favorite song or record, they correlate specific memories with superfluous things like the music being played, or one marks periods in his or her life with what album was touching them the most at that point. However, what if one could truly see as music changes a person’s life forever? What if, somehow, music can be more than just something you throw on in the background? What if it has the ability to bring back to life something thought long gone?

That’s the idea behind a new documentary from director Michael Rossato-Bennett entitled Alive Inside. The film introduces us to a social worker Dan Cohen, the man behind a non-profit group with an interesting idea. In a broken healthcare system, what can help those in the population dealing with memory loss and dementia? Music is that very medicine, according to Cohen. Armed with a collection of iPods and headsets, Cohen goes across the country to various nursing homes giving these items to the elderly population, and those dealing with the awful repercussions of memory loss. With the hopes of making ground in a healthcare system more interested in making money than healing patients, this relatively inexpensive treatment is one that appears to be making ground as this new documentary goes to extreme and touching lengths to express.

Clocking in at just under 80 minutes, this brisk and percussive piece of documentary filmmaking is a real, human and humane meditation on the power of music and just what it means to a human’s memory. Mixing archival footage and new interview segments, testimonial segments with dense facts about the science behind this phenomenon, the film follows narratively the story of Cohen, but intersperses everything from music to information about the brain from author Oliver Sacks. It’s not a game changing documentary aesthetically, but the photography here is beautiful and crisp, and with its breathless pacing and wonderful editing, this award winning Sundance Film Festival alum is a real joy to sit in front of and let wash over you.

However, it’s the core idea that’s most exciting. Just on a base level, the idea of music being able to reawaken things seemingly lost in the back of one’s mind is almost pure common sense. Think about it. That song comes on. The song playing during your first kiss. The song played during the first dance with your spouse at your wedding. The album played on repeat during a long road trip with a group of friends your senior year of high school. All of these songs are not just pieces of music. Instead, they become bookmarks. They become the sticky notes sticking out of your book reminding you of memorable passages or punchy turns of phrase. They become timestamps. That is the idea at this film’s core. And with the interview segments playing off of genuinely moving moments of real human life being burst back into the spirits of these elderly men and women, Alive Inside is an absolute wonder of documentary filmmaking.

A rousing piece of documentary filmmaking that won this year’s Audience Award at the Sundance Film Festival, this new documentary is now in limited release, and is a must see for anyone and everyone. 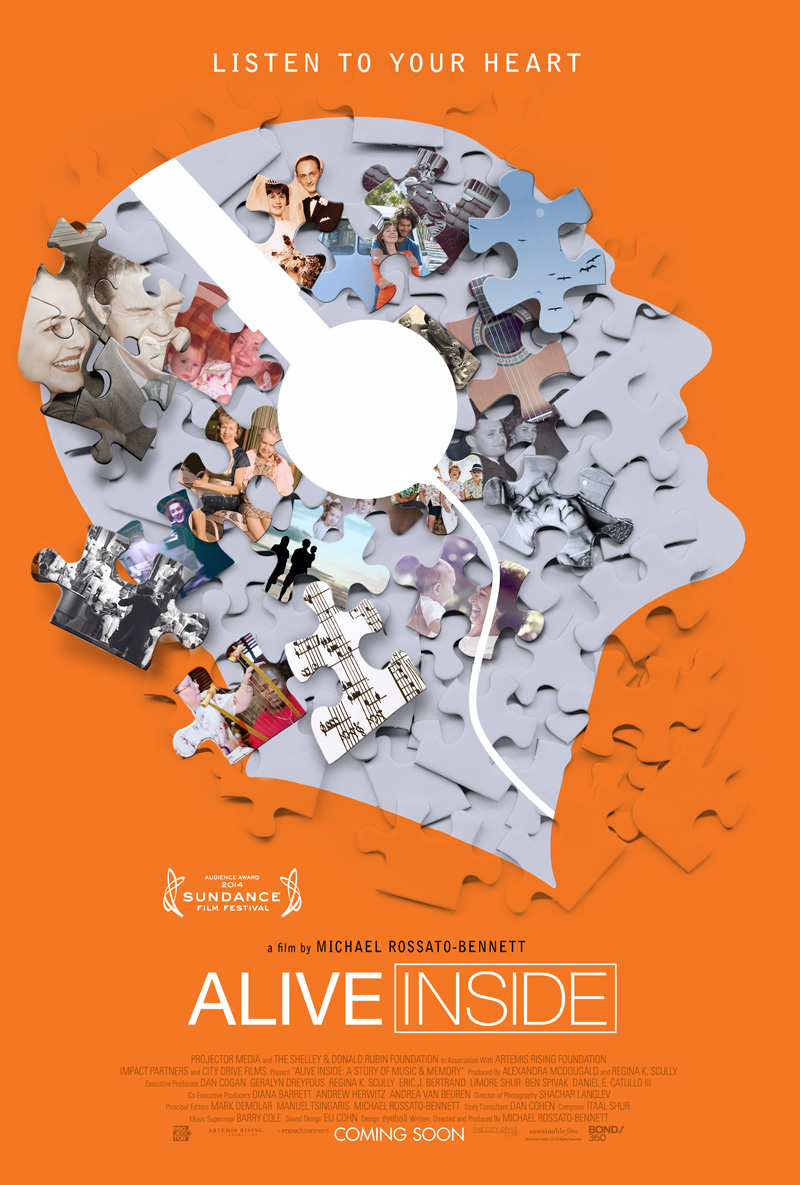