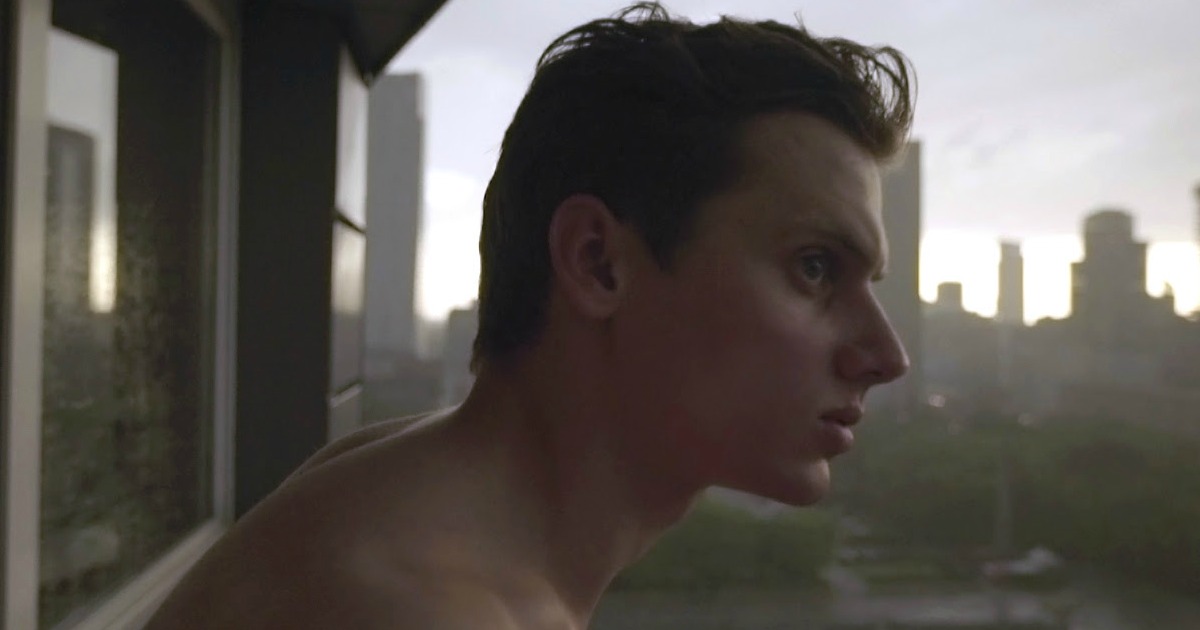 Battling the blurring between fact and fiction since its very beginning, the art of documentary filmmaking is in an evolutionary moment. With the rise of ethnographic filmmaking changing the visual language of non-fiction cinema in its own way, directors like Michal Marczak are attempting to evolve the language for the type of verite cinema that has defined documentary filmmaking of the last half century.

Marczak’s newest film, All These Sleepless Nights stars Krzysztof Baginski, Michal Huszcza and Eva Lebuef, all playing themselves more or less, over the span of give or take a year in their lives. Best friends in art school, Michal and Kris float through their lives chain smoking, drinking freely and dancing with even less abandon, mixing philosophical musings about life, love and the history of their homeland, with raves and romances galore. Drawing as much influence from the French New Wave as it does anything resembling classical non-fiction filmmaking, Marczak crafts a deeply moving meditation on youth, in all of its terror and elation.

If the French New Wave harnessed the power of the children of Marx and Coke, then Marczak’s film is a meditation on the generation of molly and Drake. Beautifully shot, Nights is a real visual achievement. While structurally it feels influenced by films from Jaques Rivette or Francois Truffaut, visually, it owes nearly all of its style to that of Terrence Malick. Think Malick if he found God in dance music, Marczak’s camera is every bit as free flowing, every bit as ethereal and dream-like. Marczak teams with Maciej Twardowski on the cinematography for the film, and each frame feels ripped right out of not only a modern art museum but your best friend’s Instagram feed. Perfectly engaging with the world both physically and metaphysically that this generation lives within, this document of modern youthful malaise is a neon hued drama of romance, friendship and what this generation’s role is within society itself.

Single shots will have the viewer gasping for air, really. Be it a simple tracking shot following one of our leads as they walk a seemingly abandoned city street, or one of numerous profoundly moving sequences at dance parties/raves, Nights is a captivating watch. Marczak appears to perfectly understand and connect with these men and women, having both crystaline empathy for their malaise and deep understanding of the uncertainty they face in the world. A drug-fueled romance drama of sorts, this is one of the latest and arguably greatest examples of what non-fiction cinema is evolving into. Loose yet hedonistic, the film’s energy is palpable, flowing from the almost spiritually evocative sequences of our leads at parties, to the splash of cold water in the face that follows, a come down of sorts from the previous night’s high. Toss in a soundtrack of drone and trap music, and you’ve got a film that looks, feels and sounds like little the non-fiction world has ever produced.

Think the younger, more melancholic and drug-friendly brother of Terrence Malick’s Song To Song, Marczak’s All These Sleepless Nights is an absolute triumph of modern filmmaking. Driven by three absolutely superlative performances and a handling of tone and atmosphere unlike much before it, the film transcends the fiction and non-fiction filmmaking it draws influences from, evolving the language of both modes. Simply put, it’s a must see motion picture.