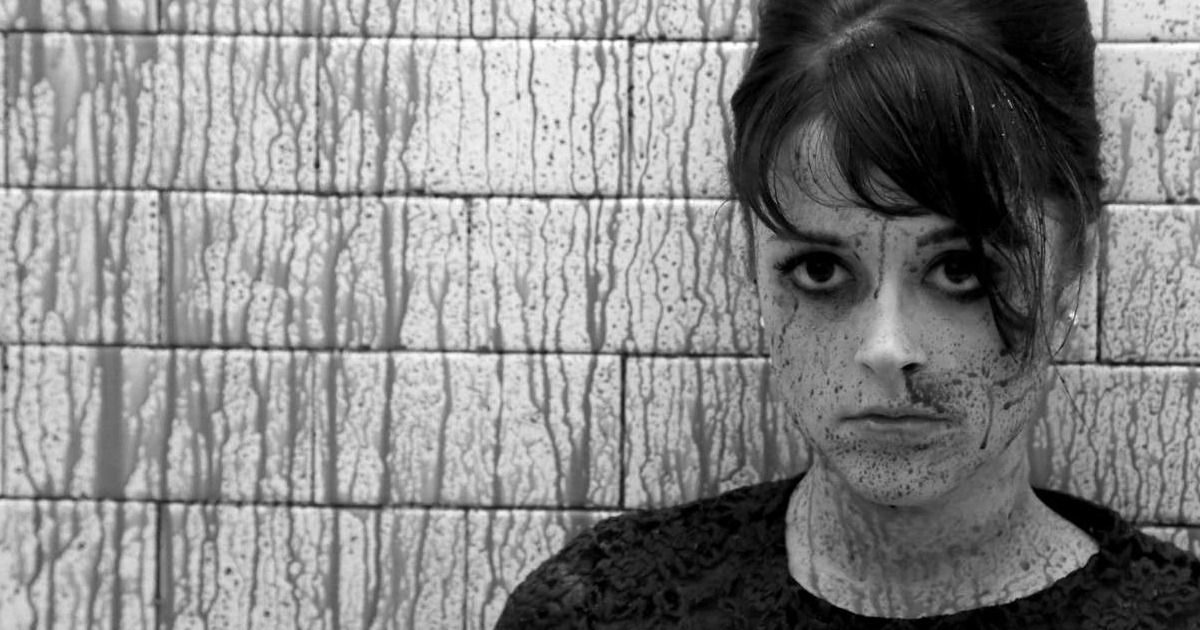 There are few adjectives that have seemingly lost their weight more when discussing a motion picture than when one describes a film as like a “nightmare.” Oft contributed to not only directors like David Lynch but the go-to descriptor for much of the horror genre (particularly as the genre evolves into what has been known as “arthouse horror”), the word has both lost its power and seemingly lost any definitive meaning. However, when a film like Mickey Keating’s Darling comes along, there’s nothing that makes more sense than to describe the film as akin to having a waking nightmare.

Darling tells the story of a young woman (Lauren Ashley Carter) who begins to house sit for a wealthy woman, played by the incomparable Sean Young. It’s a shockingly simple premise for what is an aesthetically daring piece of work, one that owes as much to a film like Kubrick’s The Shining (from which many people will attribute the premise to having been born from) as it does a film like Polanski’s Repulsion, its closest aesthetic kin.

Keating, best known for films like Ultra Violence is a relative unknown to those outside of indie horror circles, which will hopefully change following this film. Despite being narratively quite derivative (the film’s final “twist” will leave as many people stunned as those rolling their eyes) the ride Keating takes us on is a hell of a thrilling one. The film is structurally broken up into several chapters, but the film itself seems unable to stop from bursting at the seams, with the editing and below-the-line design work making for a deeply unsettling watch. The costumes and design work are startlingly gorgeous, with the world feeling both entirely lived in and yet decidedly heightened.

Frequent Keating collaborator Mac Fisken returns here as the film’s director of photography, and proves to be the picture’s biggest star. The black and white photography here is crisp and decidedly full of dread, with the film carrying with it an ever-present sense of impending doom that allows the film’s final act to truly pack one major punch. Under 80 minutes the film never once drags, with Keating’s direction influenced by two of the above-mentioned filmmakers. Polanski comes to mind in both the film’s woman-under-duress narrative as well as the contrast heavy photography and surreal direction, and David Lynch comes to mind occasionally for Keating’s ability to build a world that feels both tactile and yet entirely otherworldly. The film never reaches the thematic heights of either director’s most interesting works, but Keating’s filmmaking makes this a deeply thrilling watch. The quick cuts may seem without much reason, but as we watch this woman slowly descend into madness, the film rightly gets what one would imagine the feeling of going absolutely mad would be akin to. It’s a real tour-de-force directorial job.

Lauren Ashley Carter carries almost the entire picture, which proves to be both a gift and a curse. Carter’s performance is engaging, but can’t help but fall victim to an underdeveloped screenplay that never really quite packs an emotional wallop nor an intellectual one. Young is a real pleasure to see back on the big screen, but one will come for the simple thriller premise only to stay for a film that oozes distinct style. If only Keating’s voice as a writer was as developed as his voice behind the camera.