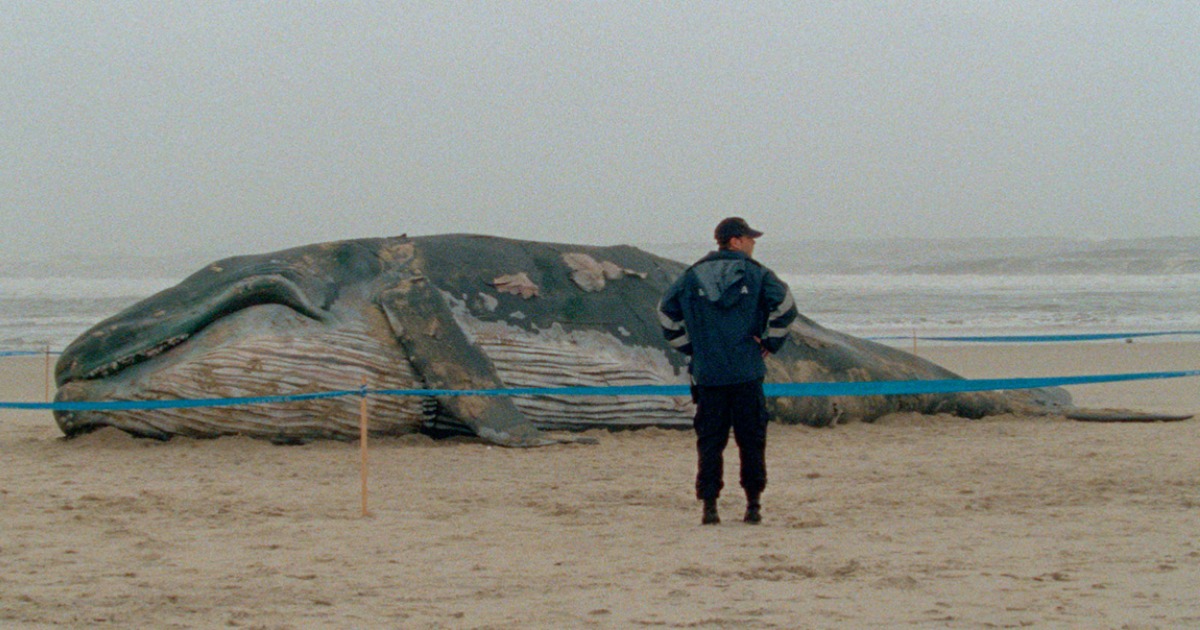 The title Arabian Nights conjures up very specific images. Itself a collection of Middle Eastern and South Asian tales best known for stories like Aladdin’s Wonderful Lamp, Ali Baba and the Forty Thieves and The Seven Voyages Of Sinbad The Sailor (all of which were not a part of the original versions but added in later translations), the tales have been fodder for visual arts ranging from centuries old paintings to the very earliest efforts from the fathers of cinema, like George Melies. The inspiration for musical pieces coming as early as 1800 and helping inspire literature icons like Marcel Proust and James Joyce, these stories have become some of the most recognizable folk tales in all of world history. And yet, few adaptations have been quite like the loose one (if by loose one means connected almost in name only) director Miguel Gomes has given the world.

Volume one of Gomes’ latest masterpiece, Arabian Nights, entitled The Restless One, actively admits to taking more inspiration from Gomes’ home of Portugal than anything seen in the legendary folk tales. Opening on nearly documentary-style footage of a shipyard in the Portuguese city of Viana do Castelo, a historically important port in the northern chunk of Portugal. Facing issues of mass layoffs and an oncoming onslaught of wasps, the film begins with the viewer being thrust into a world of complete uncertainty. We get introduced to not only a director embarking on what he even admits to being possibly the “dumbest idea ever,” trying to make a film that is both engaging and completely open to the fact that few places have been hit harder by the world economic crisis than Portugal.

Told over three parts, Volume One opens as mentioned above, only to get into the meat of what would become the structure of this first part of Gomes’ magnum opus. Volume One is, in many ways, the film’s most important edition. Sparking the few connective threads that the film carries across its six hour-plus runtime, the film not only sets up, in its prologue, the tone and central themes of the picture, but a few of the stories that will be spanning the picture. Besides Gomes’ own director under duress (whose capture by presumed government hoodlums ultimately sparks the fanciful tales we will be seeing going forward) , we also meet the iconic storyteller named Scheherazade (played by the magnetic Crista Alfaiate) a storyteller just like Gomes’ director, who herself must tell stories to please a second party, all while trying to make social and cultural commentary within the narratives. From there we enter some of Scheherazade’s stories, creating one of the most original and effervescent entries on the ever growing web of films focusing on the world economic collapse.

Of these stories, the most clear example with regards to this meshing of fanciful stories and social commentary is the short called The Men With Hard Ons, which tells of a group of European executives riding on camels to meet politicians in Portugal. After they run into a magic man promising strong erections given by an aerosol spray he brandishes. When the men see that the spray works, they loosen up both literally and politically, until the spray wears off, only maddening them more. A perfect example of the type of perverse fantasy Gomes and his on screen Scheherazade try and bring to life, The Restless One is a perfect example of what one can expect from this breathtaking cinematic achievement.

For those familiar with Miguel Gomes, this will be a joyus epic of the highest regard. Teaming with cinematographer Sayombhu Mukdeeprom (whose work with Apichatpong Weerasethakul should be put in the Louvre) to shoot this film in a mixture of 16mm and 35mm, Gomes is at the very height of his power here. More akin to a film like Our Beloved Month Of August than his last film, the brilliant Tabu, The Restless One is a fanciful meditation on very tactile and important issues within his native Portugal. At its heart a nesting doll-style journey down the political rabbit hole that is modern Portuguese economic policy, the film takes a story like the one involving a cockerel being placed on trial for crowing too early, and elevates the seemingly surreal story into the realm of beautifully composed and intellectually stimulating satire.

The final segment here, The Swim Of The Magnificents owes the most to August, particularly in its use of documentary aesthetics, as it primarily revolves around a trade union member interviewing local village citizens about their lives post-layoffs. Across the film’s gawdy two hour-plus runtime, we begin to learn just what type of tone and atmosphere we the viewer can expect from this epic three part picture. It’s the type of grand political statement that opens with a narrator waxing philosophic about a recent rash of layoffs in a local port, and ultimately concludes with an exploding whale and what appears to be a newly re-born mermaid, given a new lease on life by the death of the whale that seemed to have consumed her.

There are few things one can truly take away critically from the first of three chunks of one collective picture. Besides the baroque narrative and even more impressionistic filmmaking, the performances here are across the board engaging, particularly names like Adriano Luz, Basirou Diallo and the aforementioned Crista Alfaiate. There isn’t a single performance within this segment of Arabian Nights that hits a false note or feels decidedly out of place. The narratives themselves could be a little obtuse for those unfamiliar with even the broader aspects of the modern world economic crisis, but Gomes’ hand here isn’t too deep within any specific minutia, so he gives his picture enough rope to bring in even the most novice of film fans. Able to be read specifically as a story about Portugal as much as it is simply a collection of surreal fables, this is just the first part of what is easily one of the year’s greatest films, and an achievement unlike anything we’ve seen in ages.