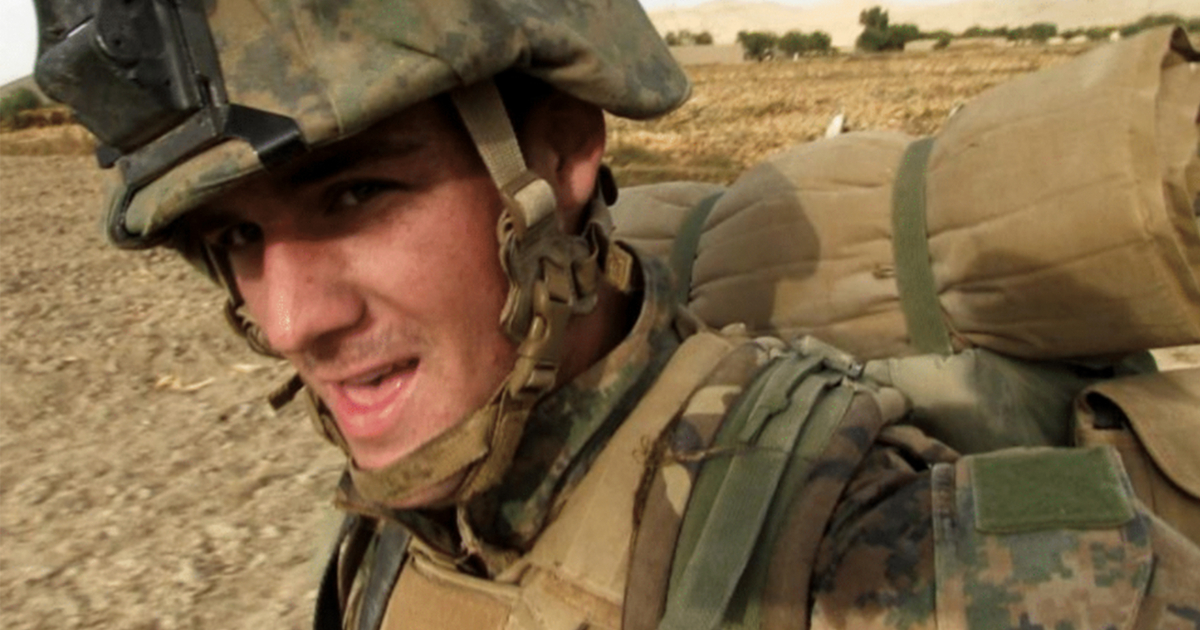 War and the experience had by those on the front lines has been the subject of some of cinema’s most thrilling, haunting and groundbreaking works both fiction and non-fiction. Be it the unforgettable John Huston documentary Let There Be Light or the surrealist masterpiece Apocalypse Now, the fog of war has been deciphered in just about every way imaginable.

Therein lies the task a filmmaker like Miles Lagoze has taken on with his thrilling and unshakable debut feature Combat Obscura. Himself a young man when he decided to join the US Marine Corps, Lagoze blends new interviews with archival footage shot first hand by the one-time soldier to paint a portrait of what it’s truly like on the front lines of modern-day war.

Lagoze didn’t always have the intention of making a feature, however. Originally tasked with portraying soldiers and their day-to-day experience in a light more closely resembling propaganda, he began his time behind the camera attempting to turn his experiences in CNN-worthy clips that would inspire patriotism or something closely resembling that emotion. More or less the b-sides of these clips, Combat Obscura is a relatively shapeless portrait of life on the periphery of battle, where the masculinity is unchecked and toxic and the nerves are as uneasy as the triggers of the guns being carried.

At first blush, one notices two things. First, the film is incredibly urgent and vital. Given the fact that it is born out of actual wartime footage, a certain sense of energy and kineticism is carried within each frame. We’ve seen this type of footage before, yes. Films like Restrepo have certainly made waves as this style of boots-on-the-ground filmmaking, yet there is a sort of narrative neatness to each of these type of documentaries that Obscura doesn’t quite have. Not that the film is ambulatory or amorphous, quite the opposite. It feels intentionally uneven, bringing about a sense of not only impending dread around each edit but also an overall sense of danger with every cut and every new sound. This is the second striking feature of the film. While it’s easy to dismiss Legoze as a novice filmmaker simply cobbling together some footage he shot while on a tour of duty, Obscura doesn’t allow for easy dismissal. The interviews are sparse and the title cards are almost non-existent, breathing into the film a dream-like quality that pairs more than well with the copious use of drugs we see on screen. Hallucinatory isn’t quite the right descriptor, but there is a very specific sense of pace and atmosphere born out of the use of ellipses here.

Clocking in at just about 70 minutes, the film will have a limited scope theatrically. Documentaries, broadly, don’t seem to have much of a home outside of streaming services, but if this does show up in your town seek it out. It’s a haunting and urgent rumination on the experience of young soldiers in a senseless conflict. Legoze is a knowing filmmaker, so don’t let the ramshackle narrative fool you. This documentary is brimming with insight and terrifying energy that will hopefully find an audience once it hits home video and VOD.