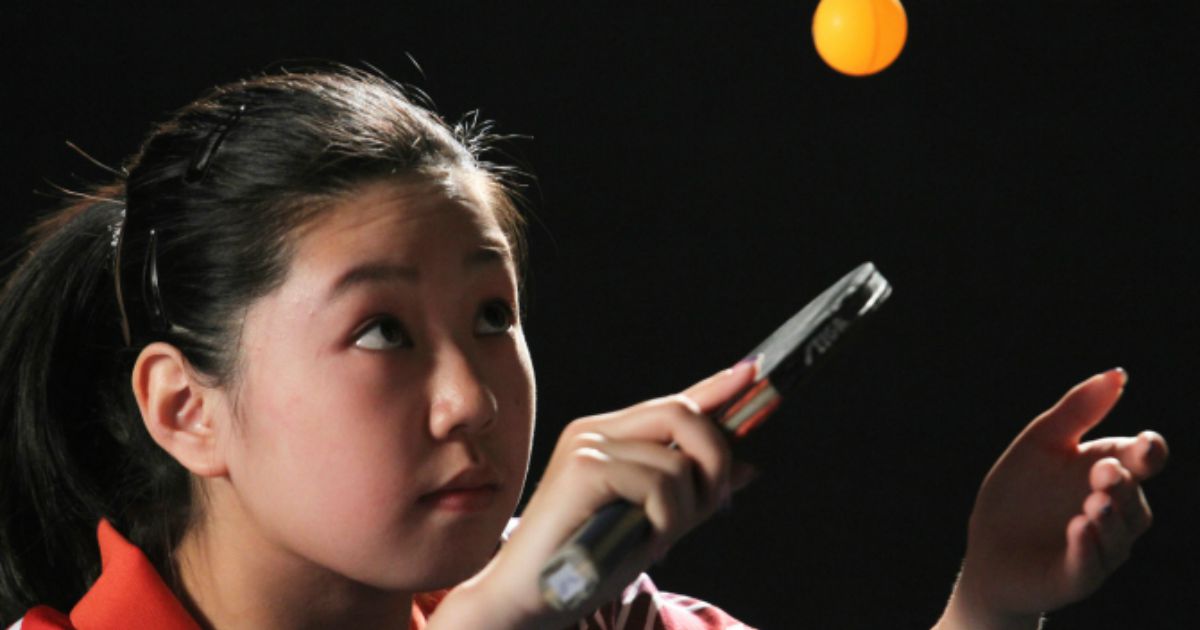 While the beauty of non-fiction cinema comes in the medium’s uncanny ability to get at broad universal truths about often times a singular person or topic, there are few things more interesting than a documentary about a definitively and eye-openingly esoteric subject.

Ostensibly your standard sports documentary, Son and Newens take to the world of table tennis, to introduce us to three teens who are attempting to make a go of it in the world of Olympic-level table tennis. The film introduces us to two California teens, Ariel Hsing and Lily Zhang, numbers one and two in the nation respectively, as well as 17-year-old Michael Landers, who is the country’s youngest male champion, winning the title at the age of 15. These three are our entry point into the shockingly high stakes world of table tennis, a world that features long and in many ways grueling training sessions, amongst other rather big sacrifices.

Structurally, the film is in many ways a standard sports documentary. Built around Olympic trials, the film is date stamped throughout, giving us a ticking clock to watch hit that ever so stressful final hour. Directors Son and Newens do a remarkable job giving us insight not just to the sport, but the craft behind playing it, going so far as to break down each teen’s different playing style. It’s a fantastic bit of filmmaking that helps elevate the film to something more than just a low budget sports picture. These are quick, fast paced games with even faster movements, so giving the viewer some sort of ground to stand on when showing these matches is very important, and the viewer never feels lost in this world.

Also, the film gives a sport that is for all intents and purpose a mode of relaxation for many people a great deal of weight. While building the film around an Olympic trial is a rather simplistic way to add stakes, the suspense and rising action here isn’t so much the lead up to the trials, it comes both from the battles at home to balance life and practice as well as the relationship between each of the athletes, particularly Hsing and Zhang. Their story, one of both friendship and competition, is a remarkable aspect of the film, and really gives the viewer an emotional center from which to view the film. We see the highs and lows not only of their craft, but of the relationship as well, all of which gives added weight to a film that could otherwise be not much more than a curio for non-fiction hounds.

Despite a niche set-up and a relatively lo-fi aesthetic, the new film from directors Son and Newens is a superb look at the state of modern teen exceptionalism. In a world where more and more teens are taking to one sport with hopes of turning it into a career, instead of spreading their talents around multiple outlets, this is an important and enlightened picture. Won’t make waves with mass audiences, but if your local art house is running this for a day or two, make a point to give it a look.