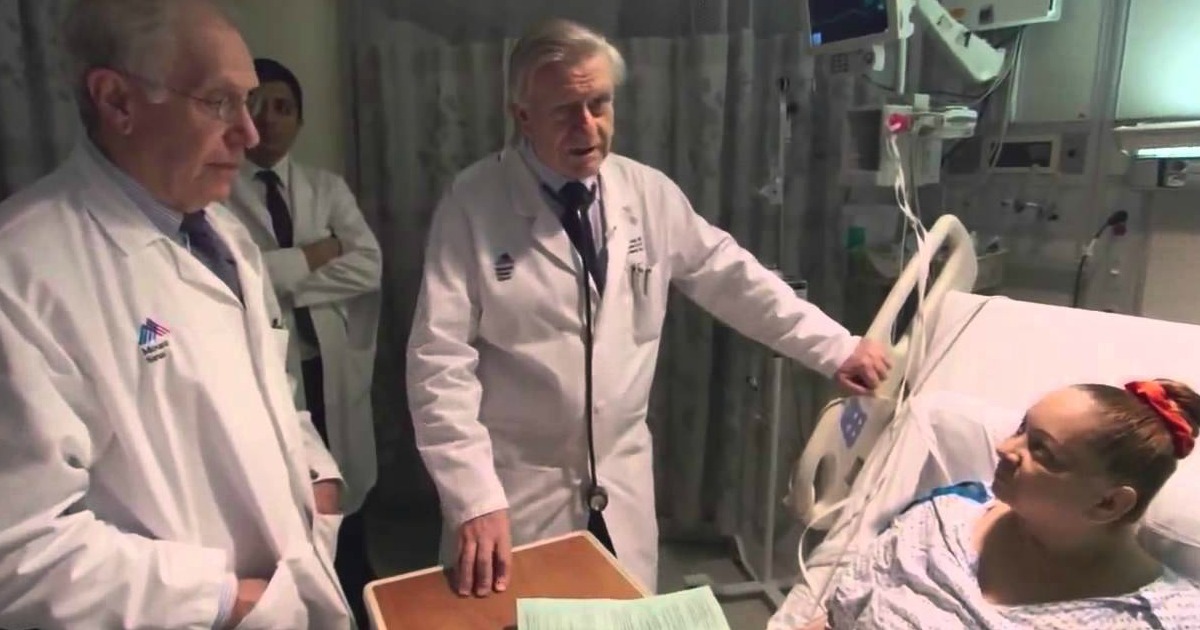 The battle between man and modernity is one that has been seen on screen almost since cinema’s inception. Ostensibly the unifying trope across the entirety of the Western genre, this is only becoming more important a discussion as technology begins to advance into areas left previously for science fiction. With man now having the ability to do everything from paying bills to writing a novel simply by powering on his or her cell phone, humanity is on the brink of its greatest sociological evolution to date. It’s this conversation between technology and humanity that is at the heart of the new documentary, Making Rounds.

As seemingly niche a documentary as one could imagine, director Muffie Meyer introduces the viewer to a pair of doctors, Valentin Fuster, MD, PhD and Herschel Sklaroff, MD. Both working at the Mount Sinai Hospital in New York City, these two lead what is one of this nation’s great and most important teaching hospitals and also a top notch care facility with a focus on cardiac patients. A common practice at teaching hospitals, the film ostensibly shows the viewer what it’s like to “make rounds” with the doctors, a process that has been changed greatly by the growth of technology. Opting for a hands on approach, the two doctors show how important and influential it truly is to talk to and have an active conversation with a patient.

Throughout the picture, we become privy to just how true the above statement is. Be it telling a patient to pair her medication with a better diet to help calm her diabetes or how discovering that a mask that costs a single dime could solve a sleep apnea case, the conversations we actuall see are easily the film’s greatest sequences. There are a few interview sequences that are informative but ultimately these hands on sequences are where the picture and director Meyer really shine.

It’s also a story that has direct import with regards to the discussion surrounding modern healthcare. With this country spending nearly $700 billion a year on medical tests and procedures, simple conversations are saving lives and money in equal measure. As technology advances, healthcare is a rare realm, where technology takes precedence over the old way of doing things. However, as seen in this film, a conversation not only between doctor and patient but also technology and humanity is one that absolutely needs to occur, and on a regular basis.

Aesthetically, the film is relatively standard, particularly in the rather crowded documentary arena. The interview sequences are underwhelming, and do not add much to the overall narrative or theme of the picture. As the doctors make their rounds, the film becomes shockingly intimate, and there is a tactile energy to the film that makes it a breezy viewing experience. Clocking in at just 88 minutes in length, Making Rounds never overstays its welcome and becomes a delightfully engrossing look at a part of modern healthcare that may seem dated, but has saved not only helped save money, but more importantly lives, in equal measure.