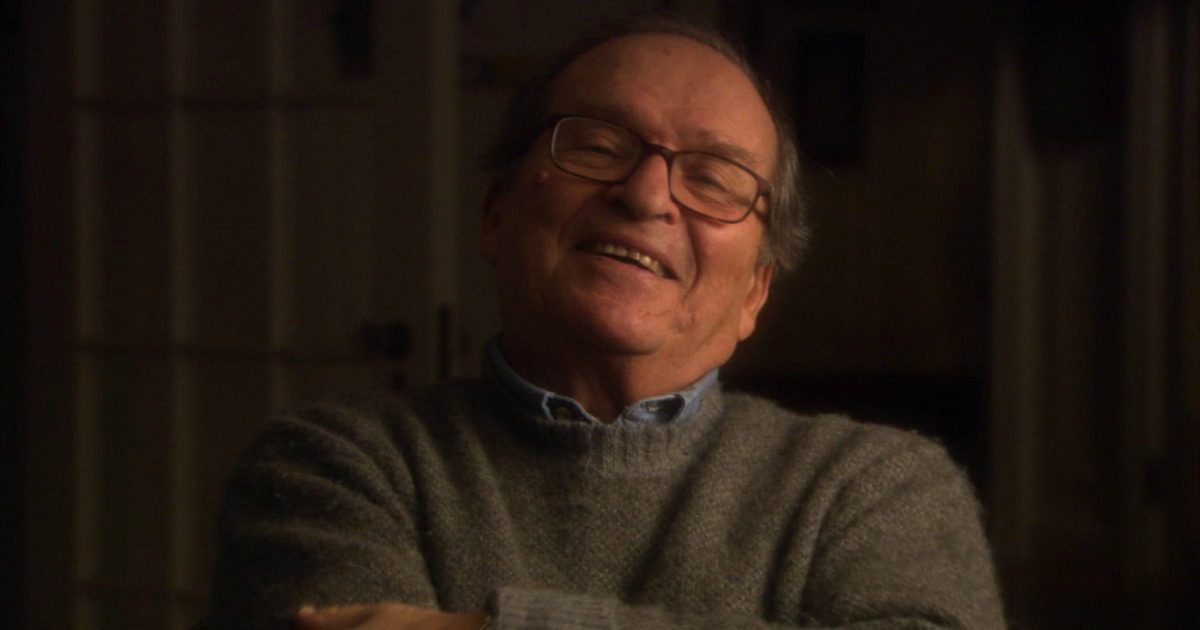 As prolific a filmmaker as there ever could be, attempting to cover the expansive career of the late director Sidney Lumet could seem a bit foolhardy. A career not only spanning decades and 44 feature films, Lumet’s influence on theater performing and the evolution of television storytelling is just as important to his legacy, if not more so. However, it gets a bit easier, and all the more engrossing, when he’s the one doing the talking.

Based entirely around a newly unearthed interview in 2008, Nancy Buirski’s newest documentary attempts to give us a glimpse deep into the life and work of director Lumet, from the man himself. Before passing away in 2011, the director sat down for an exhaustive interview that, while opening on a rumination about his best known film 12 Angry Men, spans far more than just the greatest hits.

Entitled By Sidney Lumet, the film finds Lumet at his most introspective, blending the interview (which itself is the only narration we hear throughout the film) with footage from the films being discussed as well as some truly enthralling footage of the various television dramas he produced. Touching on everything from his childhood as the son of poor immigrant parents to his time in the theater and directing live television dramas, the film clocks in at just a pinch over 100 minutes, but feels like a definitive text for those trying to understand one of American cinema’s greatest artists.

Some will find the film to be rudimentary in its craft (in an age of films like Listen To Me Marlon, this type of simplistic biography might seem a bit stayed), and while that’s in many ways true, there is something deeply profound about the depth at which this film truly gets at its core subject. Lumet is a superb orator, unafraid to dig deep within his personal life, including topics like his theater-producer father or his own time as a child actor, which make this film feel far more personal than your typical documentary. There are moments of charming levity, including a brief discussion of his inability to stand being anywhere other than New York City, and names like Paddy Chayefsky (who is likely best known to most as Lumet’s collaborator on Network) get their just due, marking one of the numerous times Lumet elaborates on the various creative partners he has had throughout his career.

The crowning achievement of the documentary however may be the film’s brisk look at Lumet’s unsung masterpiece, The Pawnbroker. Authoritarian corruption is a central theme running throughout many of his pictures, Pawnbroker included, and seeing Lumet discuss the film and its relationship to his worldview is utterly thrilling. He’s a candid and slyly comic speaker, whose voice is almost as calming as it is genuinely engaging, and watching as he breaks apart one of his best films is really quite beautiful. He does similar things for films like Serpico, which, along with Network, may make up the largest single film discussion of this entire documentary, and these are real highlights of this perfectly paced documentary. As socially conscious a filmmaker as there maybe ever has been in American cinema, Lumet’s filmography is full of rich and textured tales of morality and watching as Lumet himself mines these films for broader real world truths is impossible to turn away from.

Even The Wiz gets a mention, as a way into his feelings following the terrorist attacks on the World Trade Center. It’s this type of depth, this type of nuanced meditating on a deeply influential career, that makes By Sidney Lumet a superb watch for cinephiles and documentary fans alike. Rarely dull despite being ostensibly nothing more than a filmed interview, Buirski’s documentary is beautifully edited and a clear eyed love letter to a man whose career behind the camera spanned not only a half a century but various genres and mediums, with his impact still being felt in everything from theater to film.