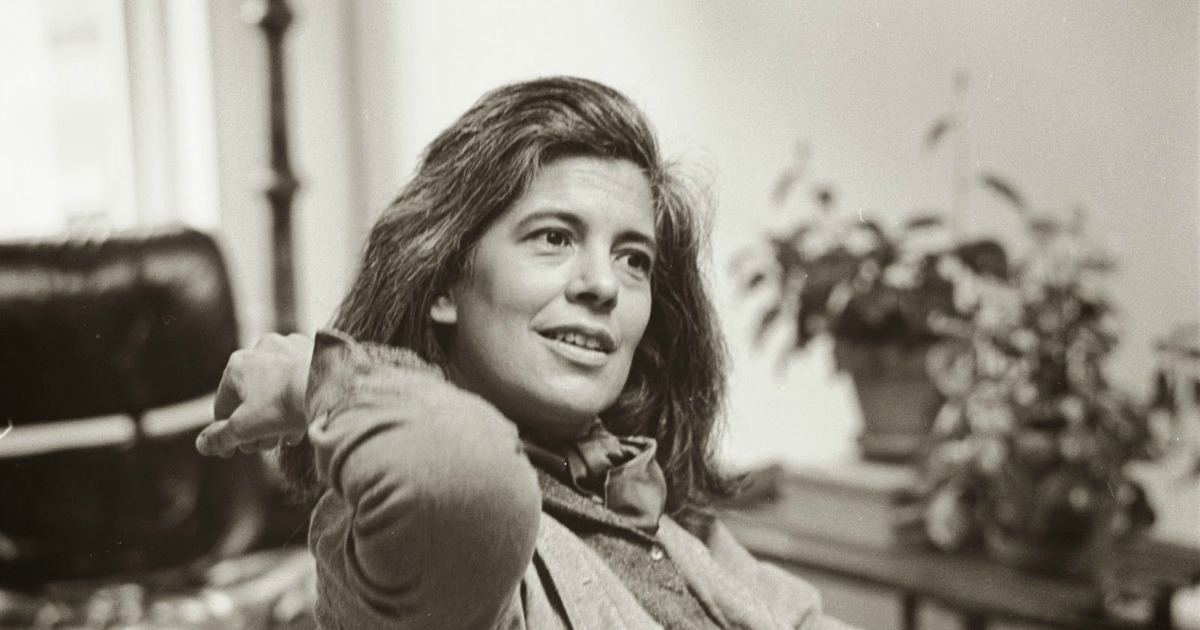 Not many people fit the description of renaissance man or woman. Defined as being a man or a woman with many talents or various areas where they are knowledgeable, a person well versed in many areas of knowledge is as rare as they come. But then again, it is more than fitting that people with a spirit and thirst for knowledge like Susan Sontag are truly one in a million. A world renowned critic, B-movie aficionado, novelist, filmmaker, enfant terrible and all around icon in worlds ranging from film criticism to feminist activism, Sontag has become known as one of the 20th Century’s most important literary voices, and is now the subject of an introspective and intimate new documentary.

Jumping from the festival circuit where it won a Special Jury Prize at this year’s Tribeca Film Festival and now about to make a splash on HBO this Monday, director Nancy Kates brings us Regarding Susan Sontag. The new film tells the story of Sontag’s life, blending some rather powerful bits of archival photography and interview footage with new interviews with everyone ranging from her sister Judith Sontag Cohen to poet Wayne Koestenbaum, all the way to some of her friends and love interests including author Stephen Koch and Fran Leibowitz. With Patricia Clarkson joining the picture as the voice of Sontag’s work, this is a superbly crafted look at one of the most important cultural voices of her generation.

Structurally, the film is your run of the mill biographical documentary. Starting from her birth in New York City in 1933 and following her life story under the idea that this woman was one of an insatiable hunger for knowledge, the film touches at numerous monumental moments in her life and her work. A woman of many homes, she graduated college at the ripe age of 15, only to head to UC Berkley, where she would meet a woman named Harriett Sohmers Zwerling, a woman that would forever change her life. Being introduced to the gay bar scene of San Francisco, she and Zwerling became romantically linked, only to have their relationship fizzle, leading her to marry a sociologist named Philip Rieff during her time at the University of Chicago. Her and Zwerling wouldn’t be finished however, as the two would meet once again after Sontag, who was now not only a wife but a mother, divorced her husband following a stint at Oxford and ultimately in Paris.

Launching head first into the world of literature with her 1963 experimental novel The Benefactor, she would release her masterpiece, Against Interpretation three years later, and become firmly entrenched in the literary zeitgeist. Always one to speak her mind, even if it sparked controversy, and especially if it allowed her to be a voice for those in need of one. Be it a piece like Illness as Metaphor which asserted her as a voice in the fight against breast cancer, or her various meditations on “trash” cinema, Sontag’s greatest attribute was not only her need for knowledge, but her ability to shine a light on things in need of discussion, or spin that light in a new and intellectually stimulating way.

Using interviews and source archival footage and photography, the film doesn’t break much ground aesthetically. Beautifully shot and well edited, the film simply doesn’t do much new in the way of filmmaking. Lacking the same energy that the central figure so beautifully exuded, the film isn’t so much stagnant as it is simply poorly paced. Clocking in at roughly 100 minutes, the film could stand for a bit of an edit, but what we get is a solid look at a full life lived fully. Sontag herself is inherently an entrancing figure, and one could stand for a film that simply compiles various interview moments with her on her own. She was a voracious woman with a voice that she was never afraid to use, and a mind she never could truly fill. The most interesting bits here involve her own battle with her sexuality, and it’s these moments that make this film a real piece of event television.

Overall, while the structure will leave many documentary hounds begging for something a bit more vibrant and vital, the glimpses into Sontag’s life not only as a literary and cultural icon, but a woman of many interests and in many way lives, turn this into a truly fantastic piece of work. The insights into Sontag’s battle with her sexuality and her growth as a writer really make Regarding Susan Sontag a beautiful and moving reason to find the remote and head over to HBO this week.

Regarding Susan Sontag premieres on HBO this Monday at 9pm EST. Here are more playdates: