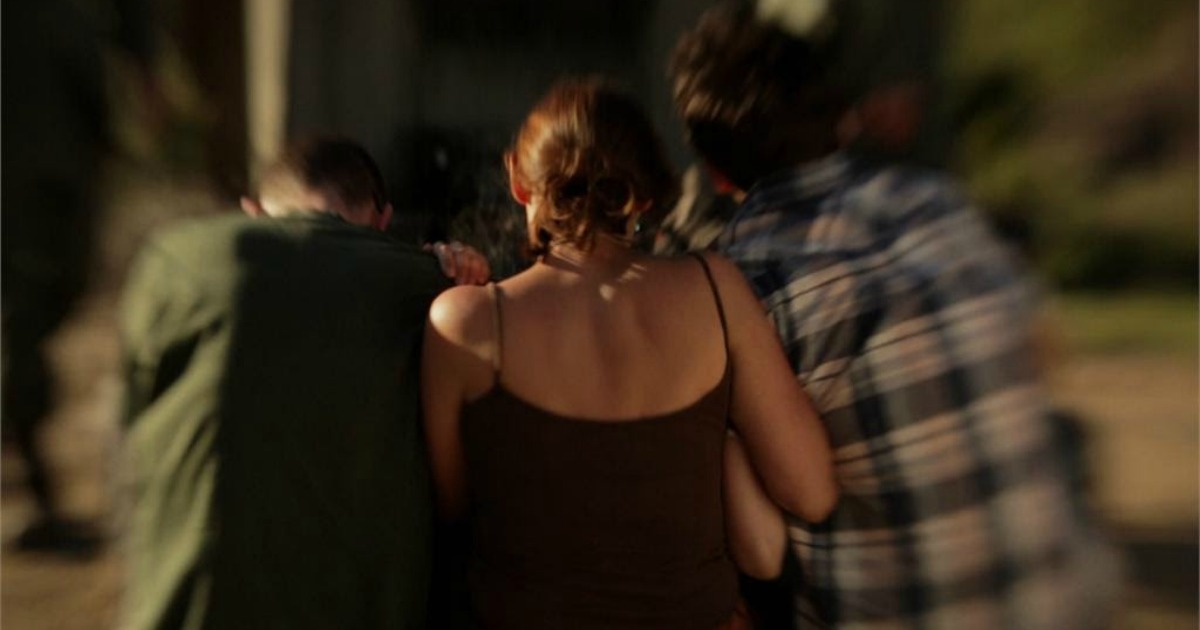 When it comes to many filmmakers and their debut features, very few take on subjects with more weight than a singular dramatic moment in a human being’s life. Be it a break up, or a return weekend to an old stomping ground of our lead character, many debut features from fiction filmmakers have decidedly small scopes, with a great deal of focus on performance, theme and emotional resonance.

That’s not entirely the same when jumping into the world of documentary cinema. Take the new debut feature from Natalie Avital, entitled The Three Hikers.  Introducing us to three young Americans and their families, the film tells the story of Sarah Shourd, Shane Bauer and Joshua Fattal, three American citizens with a passion for social justice and awareness. However, their story became global in July of 2009, when while hiking the Iran/Iraq border, they were captured by Iranian military police under suspicion of espionage. Told through voice over from the three main hikers and talking head interviews with their families, this film takes a global look at this story, and the road the world traveled to get to that politically volatile climate.

For a debut feature, this is as assured as they come. At its very best, the film is a superb example of how to properly balance this type of documentary. Giving this very intimate story context in the form of historically focused interviews with names like Reza Aslan and Noam Chomsky, the film has a delightfully assured hand with narrative and just how to properly add cultural and contextual weight to this type of narrative. Well crafted despite being a relatively no-budget indie documentary, the film is intimate and the moments it gets to share with the viewer are powerful and deeply emotionally resonant. This blending of a beating emotional core and intellectually stimulating historical context makes this a small budget documentary that one really should keep an eye out for.

It also digs into the nature of social justice work, and the leaps and bounds the world needs to make to truly give all humans the rights they deserve. While the film inherently leans towards the story of these three hikers, that in and of itself gives us a great deal to chew on, as all three have a deep passion for social justice work. Seeing these three young people face over two years in a notorious Iranian prison, and not only come out the other side clear eyed but still passionate about giving all the world the freedom they deserve and particularly in the wake of controversy surrounding US prisons doing similar things to “enemy combatants”, is truly something special. Beautifully composed from the context-giving first act to the cathartic final act, The Three Hikers is a superb example of how to structure and pace a documentary, and it coming from a first time documentary in Natalie Avital is utterly surprising. The final act here in particular, when all three are free, is a startlingly compelling look at the strength of the human spirit, and when they turn their experience into fuel for furthering their journeys in their careers, the film truly becomes something worth seeking out.