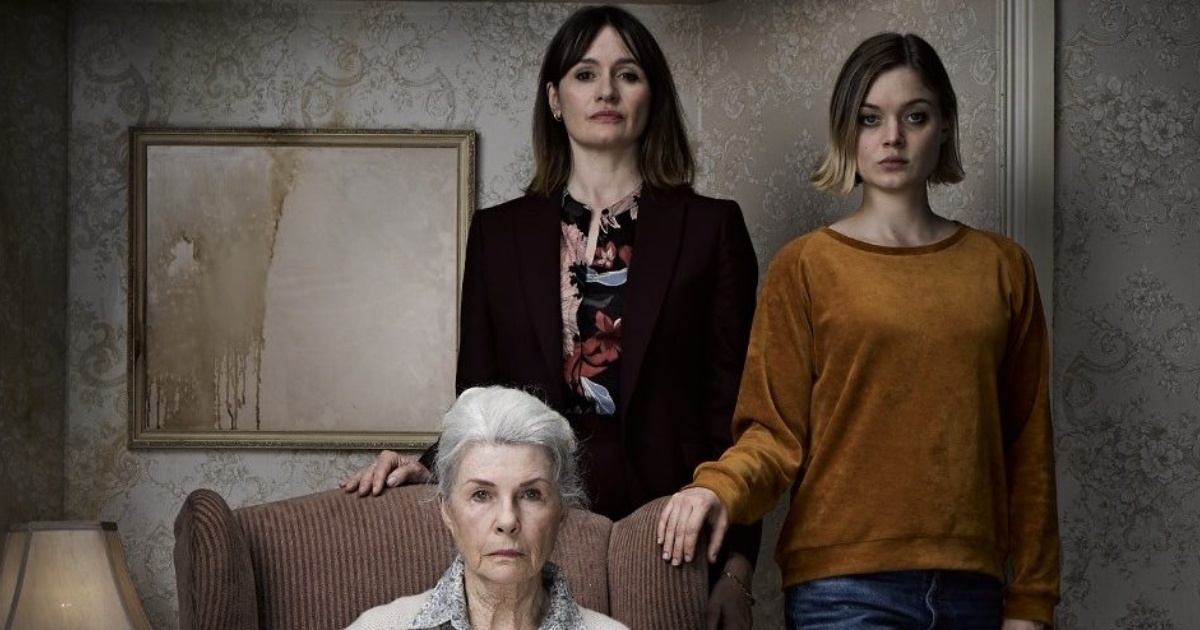 With the world continuing to reel from the endless COVID-19 pandemic, life in all of its beauty and terror is becoming increasingly internal. Social circles are shrinking, interactions becoming more intentional and around every corner one’s potential existential doom.

And so, in its own way, goes the story of Natalie Erika James’ shockingly assured horror picture, Relic. A horror film of the domestic variety, Relic tells the story of Kay (Emily Mortimer), who, spurned by the sudden disappearance of her aging mother Edna (Robyn Nevin), returns to her childhood home with the hopes of bringing her back. By her side is her daughter Sam (Bella Heathcote) in a multi-generational tale of decaying memory and bodily strife.

At its very core, Relic is a story of the decaying of the human spirit. Once Edna returns home, it’s clear that she’s suffering from a severe mental break similar to that of dementia, but more unholy. Director James and cinematographer Charlie Sarroff have crafted a brutally brooding chiller, a film of shadowy grays and inky blacks, pairing opposite a home that goes from progressively rotting to genuinely demonic by the film’s bombastic conclusion. A film soaking in rot both literal and figurative, this is a moody and atmospheric domestic horror film that embraces the claustrophobia of one’s own mind and turns it outward into what culminates in a haunting tale of genuine body horror.

It’s also, thankfully, a sincere and moving family drama. All three main performances are varying degrees of great, with Mortimer putting in work that is leaps and bounds better than the low-budget aesthetics may have you believe. Her performance is one of incredible nuance, managing to transcend a film that walks a fine line between sincere family horror and absurdism. There’s a tenderness and humanity in Mortimer’s performance that really helps ground the film, with Heathcote’s Sam playing the more strongly-spined version of her mother. Their chemistry is tactile and relatable, particularly as the proverbial shit hits the fan. This is actually a pitch-perfect role for Mortimer, whose timid maturity has rarely been better on stage than it is here, particularly when surrounded by both the literal chaos of her home life as well as the more self-assured daughter her Kay has raised.

Admittedly, the film does lean into the broad come its final act. For much of the film’s runtime the pace is rightly slow, building tension ever so slightly in a way that feels incredibly mature and laser focused. With subtle direction and a trio of layered performances, the film’s final act leans too heavily on the scares, building a climax that is properly scary, but feels somehow cheap or manipulative in the face of two acts built on the backs of character-based drama. It would be equally as cheap to say that some of the thrills aren’t effective and affecting, but to see a film lose sight of its central conceit, even slightly, feels frustrating.

Driven by a whip-smart script from James and co-writer Christian White, Relic is a rich and layered text that’s both harrowing and emotionally nuanced and textured. It may play like some strange funhouse version of a film like Krisha, but despite its admittedly loud final act, what Relic manifests into is something more singular. Sinister and emotionally engrossing, this is a tale about the inevitability of the failing of the human body and is one of 2020’s more shocking discoveries.